At the Bristol Renaissance Faire, there is a vendor who sells the most delicious garlic butter mushrooms. Here’s his recipe. I cut down the recipe for home cooks from the commercial portion size. 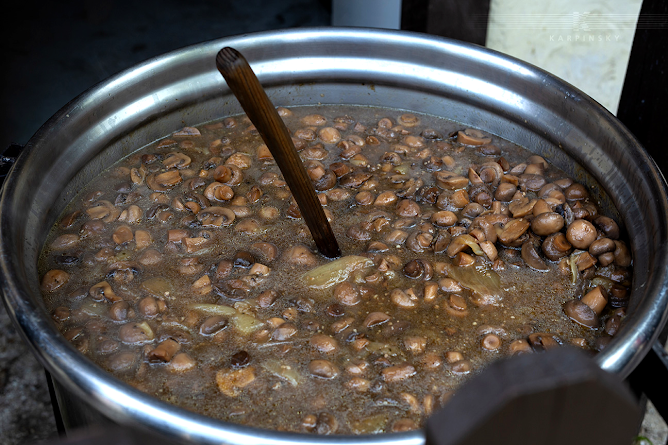 Ingredients:
2 pounds whole mushrooms; Button, Cremini or a mix, stems trimmed
2 cups onion, roughly chopped
3 tablespoons unsalted butter
2 tablespoons salt
½ teaspoons cracked black pepper, not too coarse
10 cloves Garlic, Thinly Sliced
½ cup of a good drinkable white wine
Directions:
Lightly clean the mushrooms with a mushroom brush or with a paper towel. Then place the mushrooms in a bowl and add enough water to just cover them. (Since mushrooms float, put a plate over them to weigh them down and keep them under the water.)
Add the mushrooms to a large pot. Cover with water. Add a plate over the top, one that will fit INSIDE THE POT, to make sure the mushrooms get a nice 8 hour (overnight is good)  soaking.
Next, heat a large skillet on medium heat. Add the butter, and let it melt. Toss in the onions, garlic, and cracked black pepper. Give it a nice toss. Let this cook on medium heat, stirring along the way, just until the onions begin to soften, about 5-7 minutes. Do not brown or caramelize the onions
Remove the plate from the mushrooms, and add the onion mixture to the pot. Add in the salt, and white wine. Stir. Cover the pot and bring the mixture to a simmer. Simmer for about 8 hours. Yes, 8 hours. About 6 hours in, remove the cover, bring the heat to medium. Then cook for the remaining 2 hours.
The broth will reduce a bit, and that’s what you want, but you will still have plenty of broth. 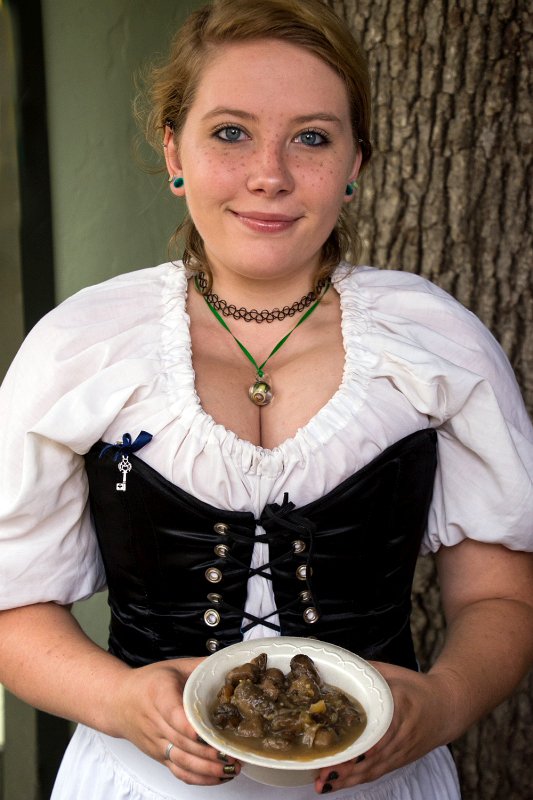 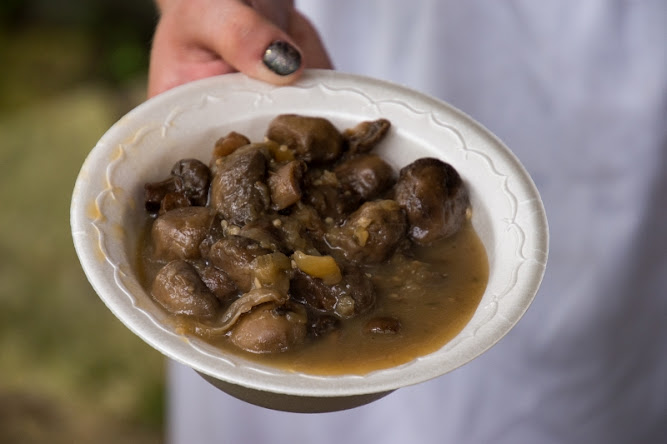 Note from the Chef: I know that it seems like this recipe has a lot of salt. If you’re like me, you tend to routinely reduce the salt or totally leave the salt out of some recipes. Don’t do that the first time you make this recipe. I found that if you don’t salt the mushrooms adequately while they’re cooking, you’ll end up adding about twice as much salt, later, to get the same flavor.
Presented by Dr. Neil Gale, Ph.D. at 12:46 AM