The History of the House of Sunshine, 1200 East Union Avenue, Litchfield, Illinois.

The House of Sunshine is a symbol of goodwill. It was in the early 1920s that a small publishing business was started in Litchfield (45 miles North-northeast of St. Louis, Missouri), based on the theory that goodwill is more surely the basis of success for the business and professional man today than it was two thousand years ago when the Man of Galilee went about spreading sunshine. 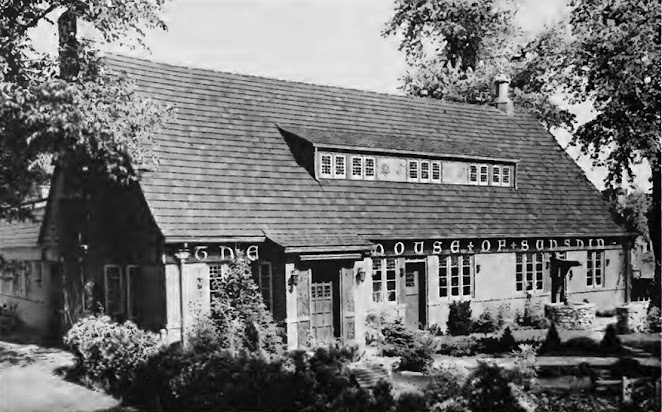 This idea resulted in the issuing, in January 1924, of the initial number of a publication which shortly after was named "Sunshine Magazine." At the same time an auxiliary business publication, called "Rays of Sunshine," was issued, intended for distribution by business and professional men as a means of manifesting goodwill to patrons and prospects. This was the result of a study by H.F. Henrichs, who had for a number of years been a newspaper editor and publisher, and also a newspaper business broker. 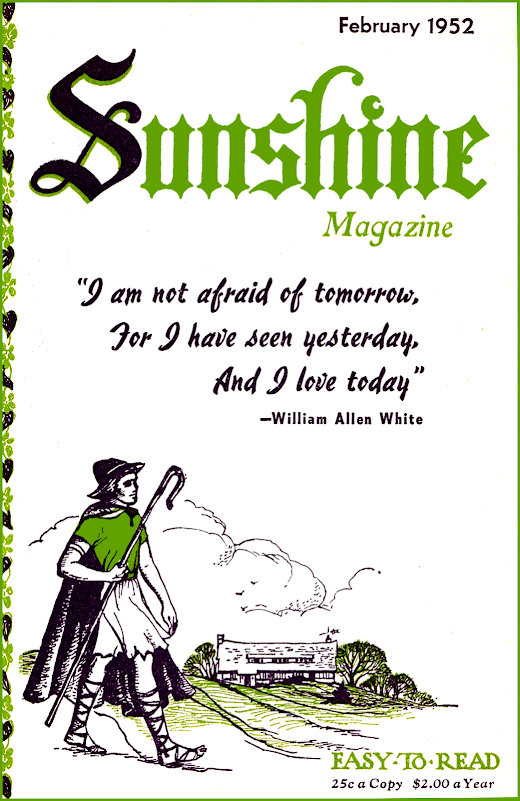 The idea clicked, and the circulation of Rays of Sunshine grew so rapidly that before long four additional monthly publications were launched.
The mechanical production of these publications proved to be a problem. Various places in Litchfield helped in this capacity. While the editorial office was first located over Walter Holderread's drug store, corner of State and Ryder Streets, the forms for printing the publications were imposed in a small printing plant owned by Max Sallee, located in the rear of his father's optometry office on West Kirkham Street. The actual printing was done in the News-Herald plant.
Later, printing equipment was acquired and installed in a rear room of the old Litchfield Hotel, formerly occupied by Mrs. Ellen (Heise) Roberts as a restaurant. But after a few months the shop was moved to a small room in the Holderread Building, near Dr. Blackwelder's office.
Finding this arrangement inadequate, the shop was sold, and the printing of the Sunshine publications was let to a large publishing house in St. Louis, Missouri. The editorial office was moved to the Allen Building, opposite the Post Office, and later to the Pappmeier Building, on the south side of the Carnegie Library square.
The publications had grown to proportions of national aspect, with sponsors in various parts of the country. It became evident that new quarters were necessary to give the business more room and the needed atmosphere. This led to the construction, in 1940, of the House of Sunshine, which immediately attracted wide attention. But the business soon outgrew what at first appeared to be spacious quarters. 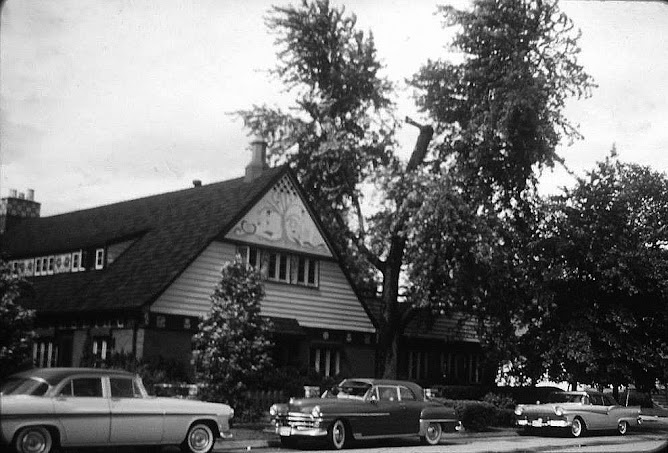 In 1948 the owners acquired the 10-acre park area in the eastern section of Litchfield from the Davis estate and later purchased additional acreage from Charles Sammons, for the purpose of providing larger quarters for the enterprise.
Early in its history, the publishing business was divided into two partnerships, viz., The Sunshine Press, publishing Sunshine Magazine, and The Henry F. Henrichs Publications, producing a line of goodwill business "magazets," a word coined by the owners. Members of the Henrichs family constituted the two co-partnerships. 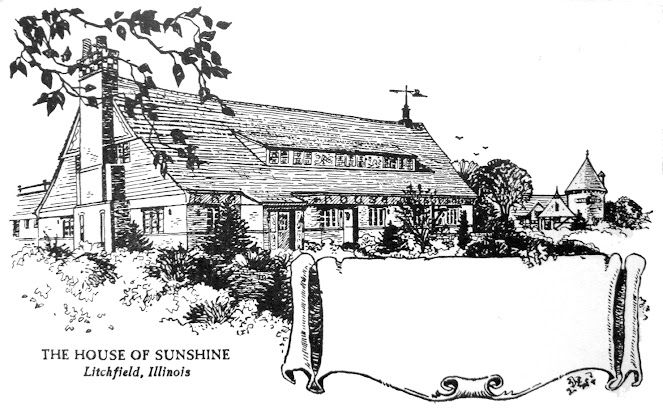 The House of Sunshine was designed in the motif of the Norman Early American classics. Its architecture is authentic, and unusual in American building construction. Many of its appointments and decorations, both exterior and interior, are of the original design. The second-floor studio includes an amplifying sound system, electric organ, piano, antique music boxes, and tape recording equipment. The public entertainment features are offered solely for civic and patriotic reasons, intended to contribute to the welfare and goodwill of the community."
Compiled by Dr. Neil Gale, Ph.D.
Presented by Dr. Neil Gale, Ph.D. at 4/15/2021 10:09:00 PM