What happened to Terminal 4 at O'Hare International Airport?

Up until 1984, O'Hare only had three terminals, named Terminals 1, 2, and 3. But in 1985, the airport decided to expand with a new international terminal. The "Sky's the Limit" at O'Hare International Airport was installed in 1987. The walkway is part of the United Airlines terminal. It was designed by the famous Architect Helmut Jahn (1940-2021). 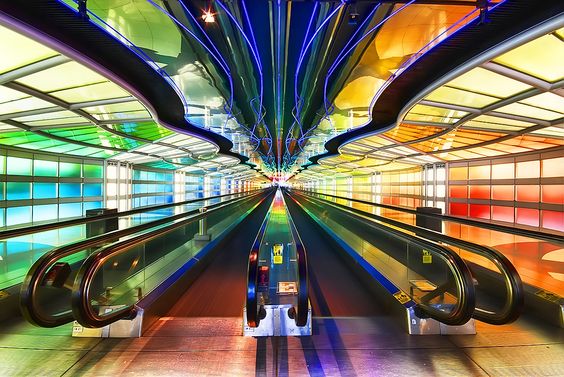 The lighting was designed by Michael Hayden, a neon artist. The "people mover" welcomes people with the glow of the neon all while listening to George Gershwin's "Rhapsody in Blue." It's located between Concourses B and C in Terminal 1.
Take a ride on the "Sky's the Limit" walkway.
From 1985 to 1993, Terminal 4 was a temporary international terminal while O'Hare built a bigger, better, and new international terminal. 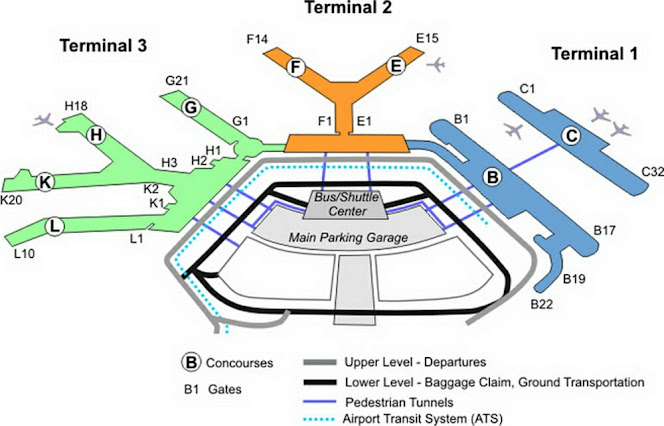 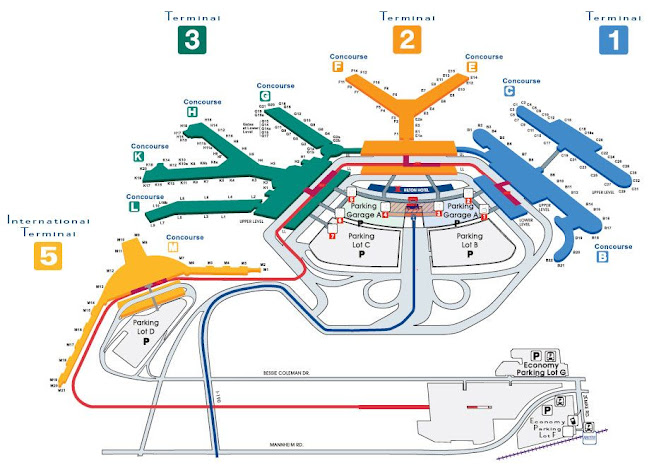 To avoid any confusion between the two international terminals (they couldn't call them both Terminal 4), the new terminal was named Terminal 5. When construction was finally complete, and the departing international flights could also take off from the new terminal, the temporary one was shut down. By that time, the name "Terminal 5" had already stuck.
The old Terminal 4, located on the ground level of O'Hare's short-term parking garage, now serves as the airport's bus-shuttle depot.
People often ask, "What happened to Terminal 4?" The standard answer is "As long as you know what terminal you're going to, it doesn't make much difference." The number isn't retired, though; eventually, a new terminal building will be christened "Terminal 4."
Compiled by Dr. Neil Gale, Ph.D.
Presented by Dr. Neil Gale, Ph.D. at 2/27/2022 08:39:00 PM

Email ThisBlogThis!Share to TwitterShare to FacebookShare to Pinterest
Living History of Illinois and Chicago® Chicago, Maps and Plats, Transportation