The History of Millstadt, Illinois. 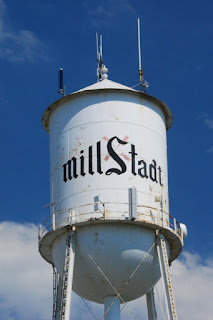 The village is known for its German heritage, with more than half its people of German descent. The population was 3,924 at the 2014 census, an increase of 40% since the 2000 census.

THE EARLY SETTLERS
The earliest settlers of the Millstadt area were of English ancestry who had come from the 13 original states. The first land entries in Millstadt Township were first claimed in payment for military services rendered in the late 1700s. These first claims were made to George Lunceford, Thomas Marrs, and Mary Groot, the widow of Sergeant Jacob Groot, who died about 1788. The land was issued to Thomas Marrs survey 782 in Millstadt Township.

George Lunceford is usually considered the first white settler to have lived near present-day Millstadt. He was a native of Virginia and had been a soldier under George Rogers Clark during the capture of Kaskaskia and Prairie du Rocher in 1778. His land was surveys 429 and 430 in Sugar Loaf Heights. In 1796, Lunceford and Samuel Judy started a farm near Sugar Loaf, which in 1800 became the sole property of Mr. Lunceford. 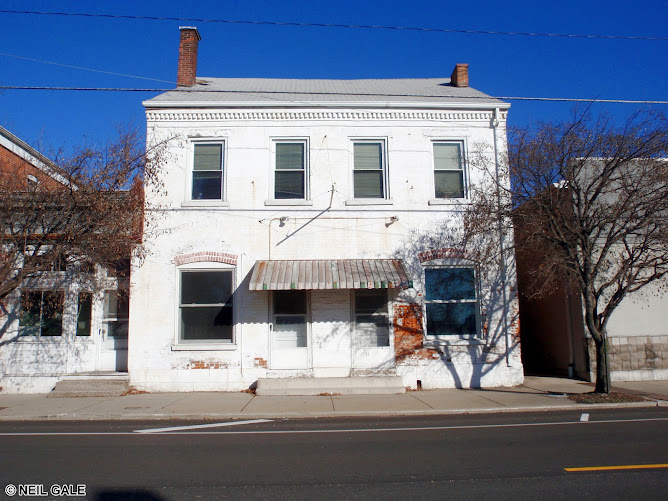 The following year in 1801, a group of settlers arrived from Hardy County, Virginia. This group was led by the Baptist preacher David Badgley and included the families of Abraham Eyman, born in Lancaster, PA, William Miller from Virginia, and John Teter. They came by flatboat down the Ohio River to Shawneetown and then overland by horse to this area of St. Clair County, Illinois. In 1802 they were joined by the families of Martin Randleman from Lincoln County, North Carolina and Daniel Stookey from Hagerstown, Maryland.

In 1813, Thomas Harrison is supposed to have erected here one of the first cotton gins in Illinois. It was propelled by horsepower but was soon abandoned. Joshua W. Hughes {ancestor of billionaire Howard Hughes} came from Virginia and was the first blacksmith (1829) and coal operator (1830) in Millstadt Township. His mine was about a half mile southeast of Millstadt. The Hughes family left the Millstadt area around 1851 and settled in Scotland County, Missouri, where Joshua died in 1901. 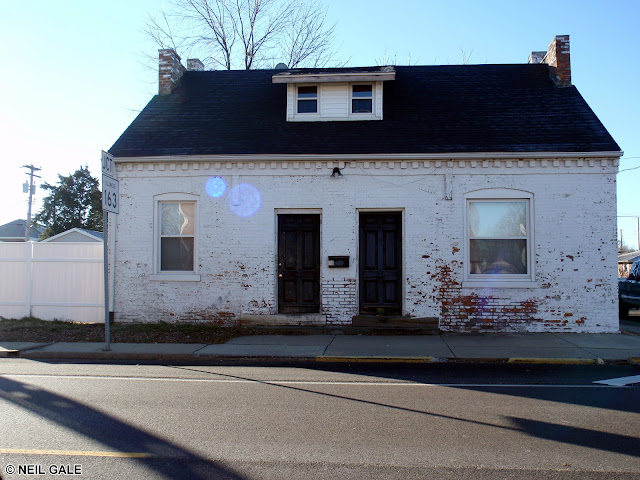 The first church in Millstadt Township was built in 1819 on five acres of land donated by Phillemon Askins {another ancestor of the late, Howard Hughes}. The church was called the Union Meeting House (Methodist Protestant), and it was located about a mile east of Millstadt on Route 158. The church burned on March 31, 1881. Adjoining this church was Union Hill Cemetery, the first cemetery in Millstadt Township. The first burials there were John Ross on October 1, 1823, and Thomas Jarrott on October 16, 1823. 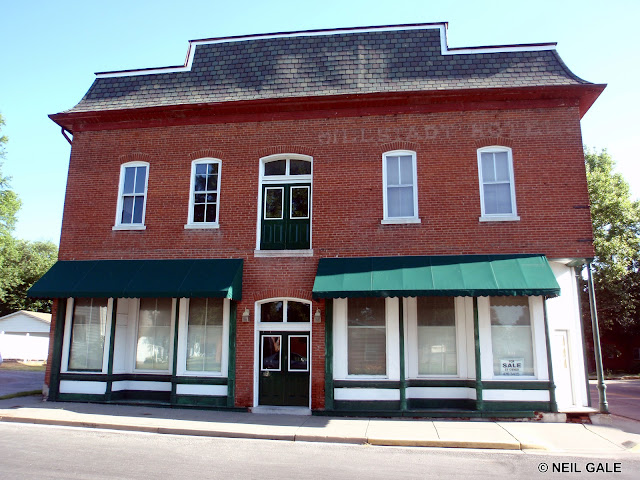 The first large group of German settlers to arrive in the Millstadt area came from villages near Kaiserslautern in the Rhineland-Pfalz area of Germany. According to existing records at the Zion Evangelical Church (a German Church), this first group left Germany on September 4, 1834, and traveled to America on the Ship Ruthelin, which arrived in New Orleans, Louisiana, on  November 17, 1834. The group then traveled by boat up the Mississippi River to St. Louis, where they disembarked for St. Clair County, Illinois. It is recorded that they settled in the Millstadt area on November 30, 1834.

This first group of settlers included the families of Daniel Mueller from Konken; Daniel Wagner from Doerrenbach; Jacob Dewald from Schellweiler; Jacob Weingardt and Jacob Weber from Rehweiler; Henry Jacob Gerlach from Mittelbach; Jacob Schuff and Johann Nicolaus Schmalenberger from Schrollbach; and Theobald Mueller from Quirnbach. Other settlers that came that same year (1834) were the families of Leonhard Baltz from Gross-Bieberau; Valentine Gruenewald from Rossdorf; George Mittelstetter from Reinheim; William Probst from Koelleda; Heinrich Mueller from Harpertshausen; Leonhard Kropp from Crumbach; and George Kuntz from Alzey. This early group of settlers then attracted large numbers of additional German families.

Many of these early settlers attended the German church of Zion Evangelical Church, which was first located in Section 21 of Millstadt Township. Zion was founded on Jan. 17, 1836, at the log cabin home of Johannes Freivogel. The first minister was Rev. Johann Jacob Riess, who served at Zion from 1836 to October 1846. He had arrived in St. Clair County in November 1835. Rev. Riess was sent by the Basel Missionary Society in Switzerland because of letters sent to that society by the German settlers in the county who wanted a German-speaking minister. 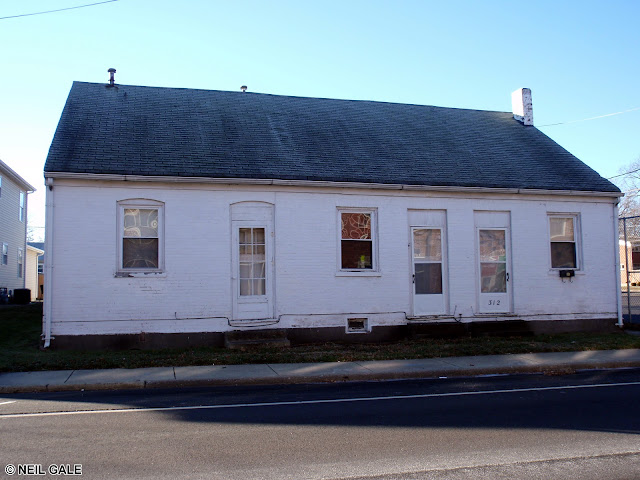 Rev. Riess preached throughout St. Clair County, and services were first held at Zion only once a month. At the same time, he was also serving congregations at Dutch Hill, Turkey Hill, and Prairie du Long. In nice weather, the members met in the forest and in bad weather in the Freivogel cabin. The first log church of Zion was dedicated on June 26, 1837, and was built along very simple lines. Freivogel Cemetery, consisting of 40 acres, was deeded to the Zion congregation in April 1838 by Johann Nicolaus Schmahlenberger and his wife, Mary Katherine.

The early German Catholic settlers in the area worshipped at a log church that was built about two miles southwest of Millstadt. It was called St. Thomas the Apostle Chapel and was dedicated on November 26, 1837, by Bishop Joseph Rosati of St. Louis, who on that same day opened the parish register. The present-day location would be in Section 20 of Millstadt Township, near the intersection of Illinois Route 158 and Bohleysville Road. The 1958 dedication program for St. James' new school states the log church was on the farm of Edward Roenicke. The place was also called Johnson Settlement. It is also reported that a few parishioners were buried around this first log church. It is recorded by Rev. J. F. R. Loisel of Cahokia that he said the first mass for the new congregation of St. Thomas in the home of James Powers on Nov. 17, 1836. The first 3 trustees of St. Thomas were elected on Jan. 24, 1837, and were John O'Brien, James Powers & Bernard Slocy. St. Thomas was a mission church and did not have a resident priest but was served by priests from the surrounding area. The first baptism was recorded on December 10, 1837, by R. Loisel. St. Thomas gradually declined after a new brick church was built in Millstadt in 1851. The new congregation was called St. James. 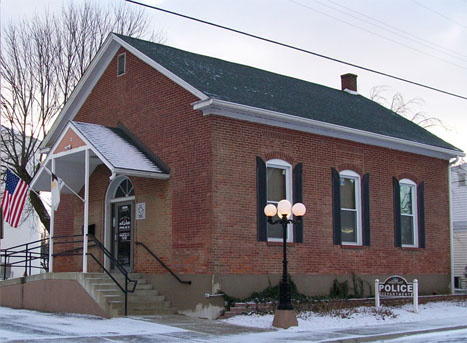 Additional German immigrants continued to settle here in the 1840s, with a second large wave beginning in 1848 after political turmoil in Germany. There were also numerous families who settled in this area that came from the Alsace-Lorraine area. The ownership of that area in Europe varied between France and Germany. Still, the residents usually spoke German and fit in with other Germans who had settled previously in the Millstadt area.

Many of these early German settlers were farmers who came here seeking better farm land and better economic conditions. Many of the settlers were also escaping the political, social, and economic turmoil that the German states were experiencing at that time. Most wanted a better life for themselves and more opportunities for their children. This German immigration was so large in the Millstadt area that the 1881 History of St. Clair County reported that “only seven families of English descent” were still residing there.

Most of the first Germans who settled in this area did not know the English language, and few had the time or opportunity to learn it. Many preferred to use their native German in almost everything that concerned their life, including business, social organizations, church services and records, public notices, tombstone inscriptions, letters, and wills. Some of the earlier English-speaking settlers did not always get along well with their newly arrived German neighbors; some called the Germans clanish and unfriendly. 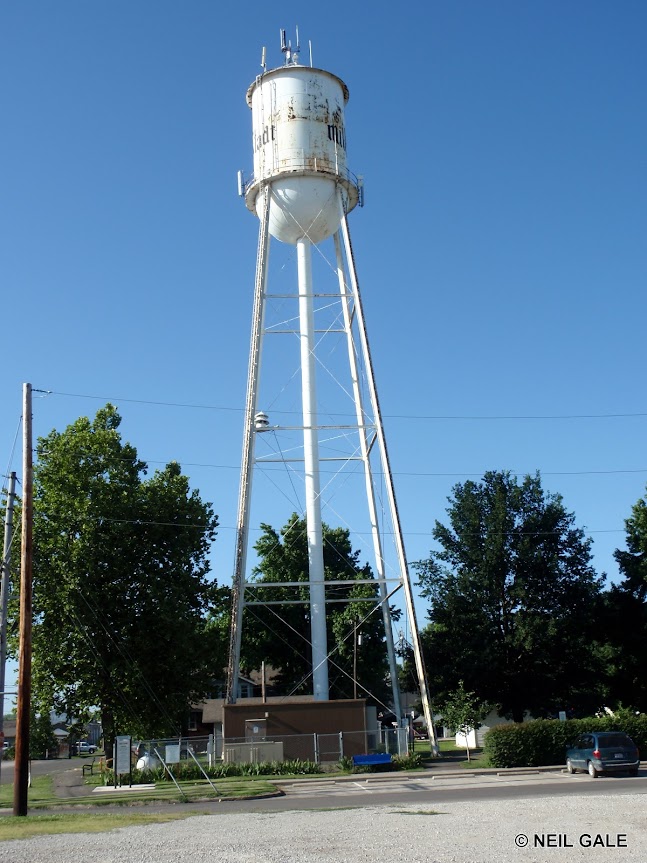 THE FOUNDING OF CENTREVILLE
The founding of the town of Millstadt dates back to 1836 when Simon Stookey was having a barn built a short distance north of present-day Millstadt. Joseph Abend and Henry Randleman were helping him, and it was proposed to Randleman that another piece of his land in Section 9 would make a most eligible town site. Abend proposed the name “Centerville” for the new town since it would be seven miles from Belleville, seven miles from Columbia, and seven miles from Pittsburg Lake. Henry agreed, and the town of Centerville was platted and surveyed on March 13, 1837. It originally consisted of only 40 lots. That part of town was bounded roughly by Washington, Jefferson, Madison, and Monroe streets. Some of the earliest purchasers of lots were: John & George Briesacher on September 4, 1837; George Heckler on August 28, 1838; and Evan Baird on November 26, 1839. Later additions to the town were made as the existing lots were sold out.

HOW MILLSTADT GOT ITS NAME
Although the village name was officially spelled as “Centerville” in the records of the Recorder of Deeds of St. Clair County, the German settlers usually used the European spelling of “Centreville.” George Kuntz was appointed the town’s first postmaster on June 7, 1843. When the application was first made for a post office at “Centreville,” that name was rejected in Washington, DC, since there was already a post office in Centreville in Wabash County, Illinois.

It is reported that the petitioners then translated the name “Centreville” into German and came up with the name 'Mittlestadt' or 'Middlestadt'. Either the writing was not clear, or the officials in Washington could not read the German writing because the name that was approved was “Millstadt."

Thus from 1843-1878, the people in town lived in Centreville but got their mail at the Millstadt Post Office. On September 14, 1878, the Board of Trustees of the Village of Centreville passed a revised ordinance to change the village's name to the ‘Village of Millstadt,” so the village name and the post office name were the same.