The History of Moo & Oink Grocery Chain of Chicago, Illinois. 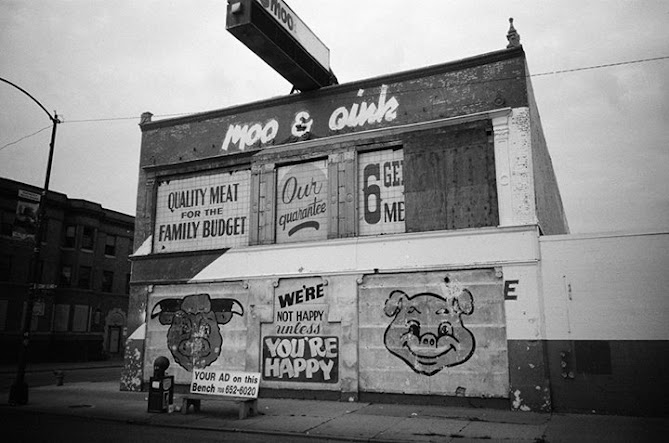 Originally named the Calumet Meat Company, the company was renamed Moo & Oink in 1976. 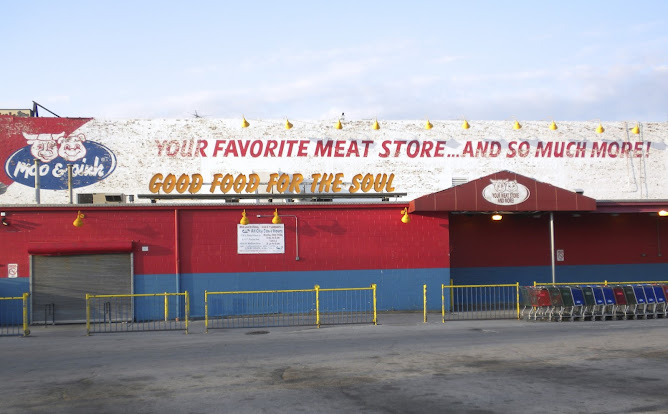 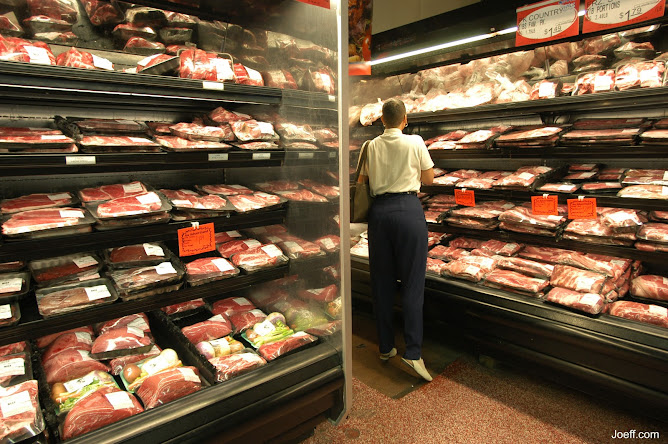 It became well known for its odd late-night television commercials that ran in the 1980s and mid 1990s, usually featuring dancing people in cow and pig costumes. The commercials often featured a jingle, that started off with: "Moo and Oink! Moo Moo Moo!" and eventually ends with a well-known sign-off "Moooooooooooooo & Oink!"

In 2005, Tina Fey and Amy Poehler sang the Moo and Oink jingle on the "Weekend Update" portion of Saturday Night Live in order to prove to Scott Podsednik that they were native Chicago White Sox fans.

Moo & Oink is also famous for its Chicago-style hot links and hand-cleaned chitlins. 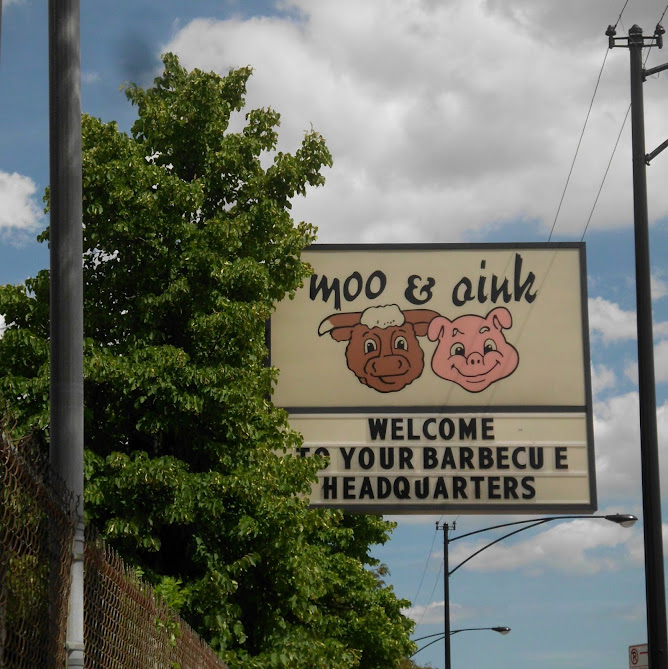 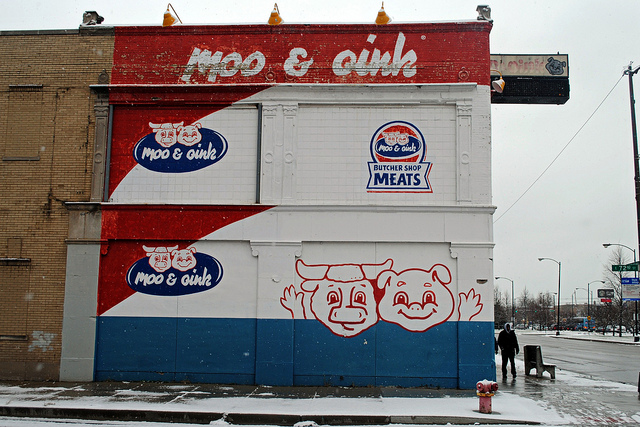 In April 2010, they revealed a new company logo, replacing the classic cartoon-ish cow and pig logo with a logo featuring animated but realistic-looking animals. 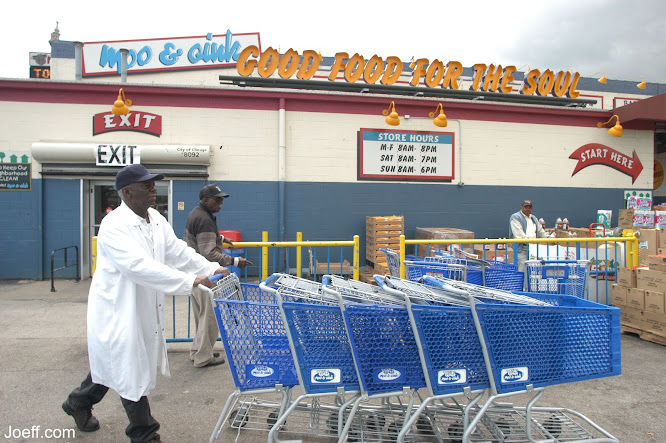 All Moo & Oink stores closed in 2011, after the company went into Chapter 7 bankruptcy, though there was interest in buying and resurrecting the company. By the end of the year, the brand and trademark were sold to Best Chicago Meat. The stores remained unsold.
INDEX TO MY ILLINOIS AND CHICAGO FOOD & RESTAURANT ARTICLES.