Moving Houses was a Common Practice in early Chicago.

In contrast to the present, when housing structures are seldom moved, Chicagoans in the 1830s, 40s, and 50s took advantage of the mobility of balloon frame structures without infrastructure connections.
New arrivals could buy homes and then move them to the desired location. Chester and Simmeon Tupper, Chicago's first house moving company, regularly moved structures on rollers down the middle of Chicago's early streets. 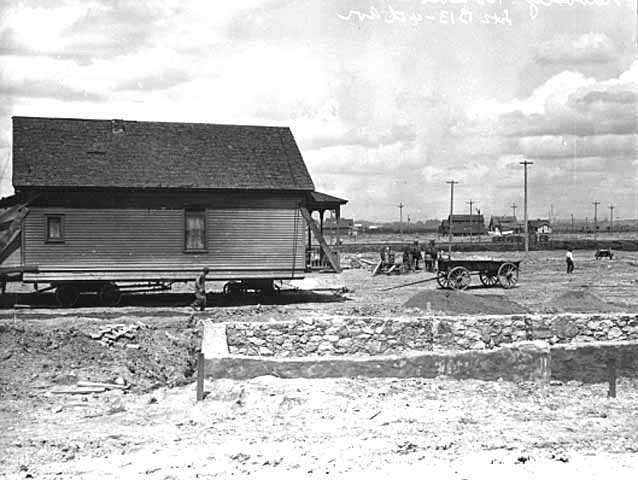 Only specific kinds of buildings were easily moved. Shanties, log cabins, and structures made of brick or stone all posed particular problems for house movers. Balloon frame houses had none of these disadvantages. They were light, of flexible construction, and their frames were not sunk into the ground.

House moving was such a nuisance by 1846 that a group of Chicagoan's asked that the city council not permit more than one building to stand in the streets of any block at the same time, or permit anyone building to stand in the streets for more than three days. In 1855 Daniel Elston unsuccessfully petitioned the city council for permission to move a house across the Chicago River on the Kinzie Street Bridge. 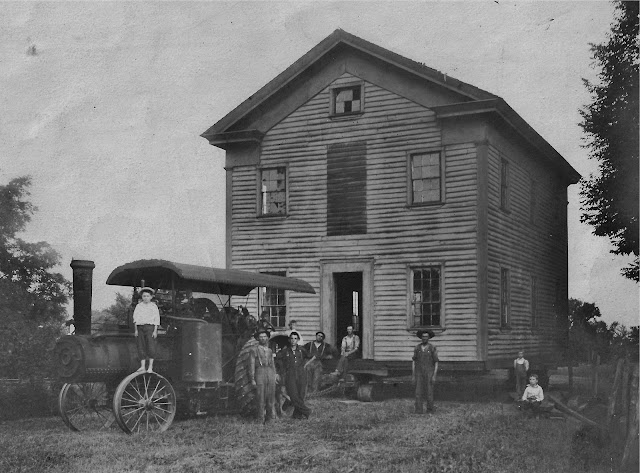 There are several key reasons why house moving was so popular during these years. Early industrialization, which provided factory-made nails, and large-scale milling operations near Chicago facilitated house moving by making balloon frame construction possible. The lack of paved streets and the absence of utilities through the 1840s also facilitated house-moving.

The largest structures were cut from their utilities, then jacked up from their original foundations, placed on greased skids resembling railroad tracks, and then pushed down the street by horizontal jacks at a slow steady pace. 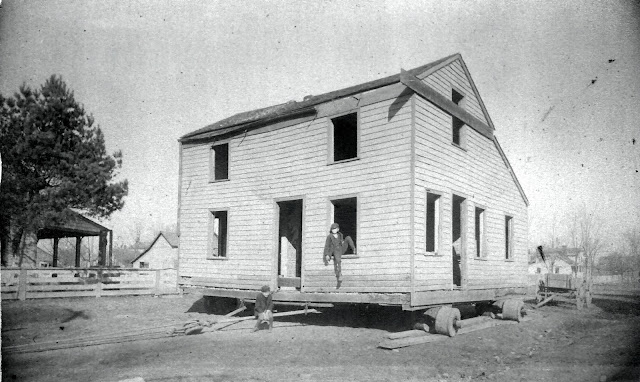 The house-moving industry mushroomed after the Great Chicago Fire of 1871. During the rebuilding. the practice became entangled in the argument over whether Chicago should enact a total ban on any wooden house construction or relocation within designated "fire limits." The city council finally enacted a compromise ordinance that allowed the relocation of wooden structures in all but a few districts, a great victory for the working class, and for house movers.
After the Chicago Fire of 1871, the city was in ruins. Nearly 100,000 people lost their homes. Tens of thousands of people left the city; others were taken in by friends.

The fire had struck in early October, and winter was coming. It this emergency situation, temporary house kits – plans and materials – made of wood, were provided by the Chicago Relief and Aid Society so people could quickly build their own shelter cottages (aka fire relief shelters and fire relief cottages), as they were called.