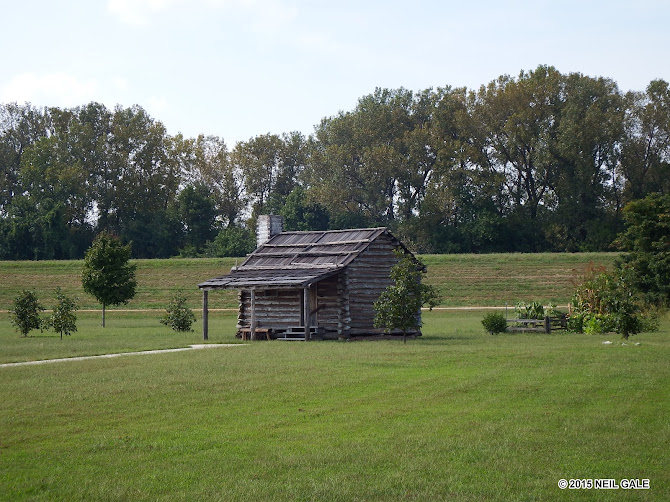 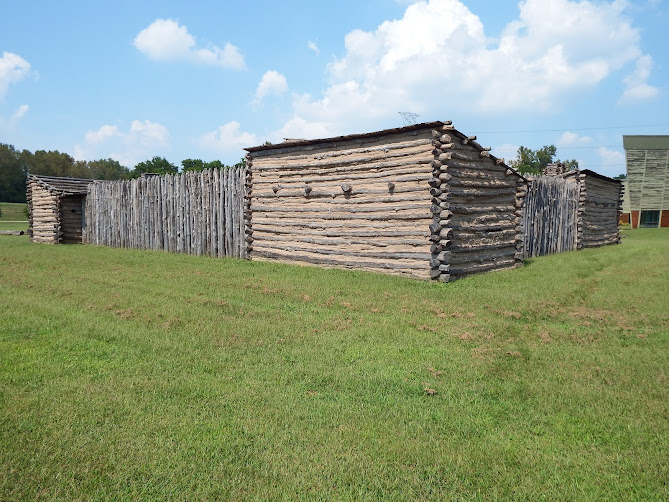 The exact location of Meriwether Lewis and William Clark's Camp River Dubois (Dubois "wood" in French), their winter campsite, is not known, and no physical evidence has been found. Guided by Journal entries, Clark's rough sketches, and maps, historians have deduced the look and general location of this historic camp. 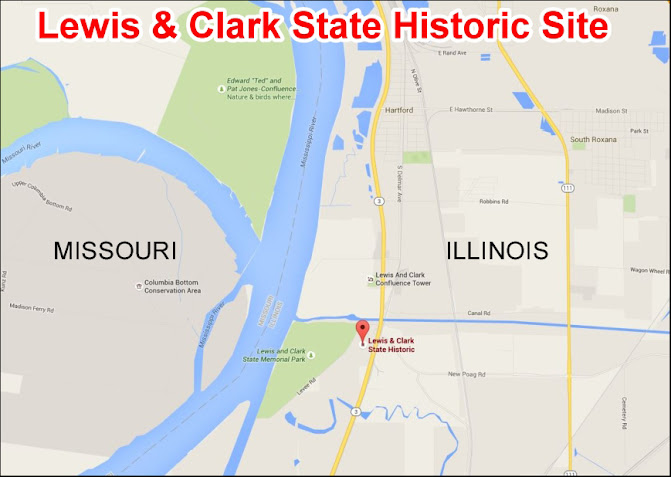 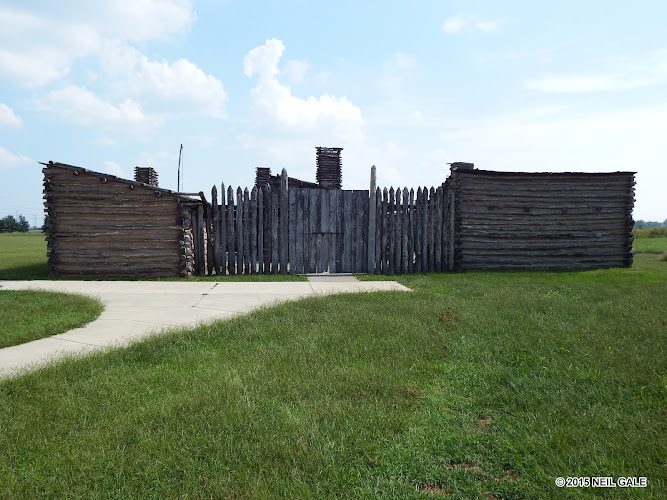 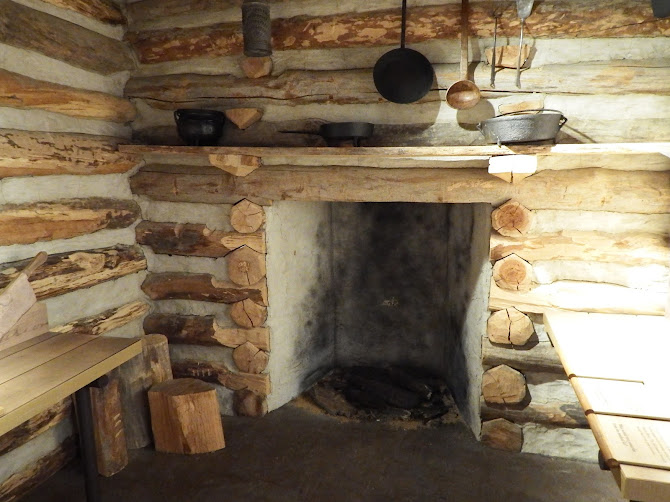 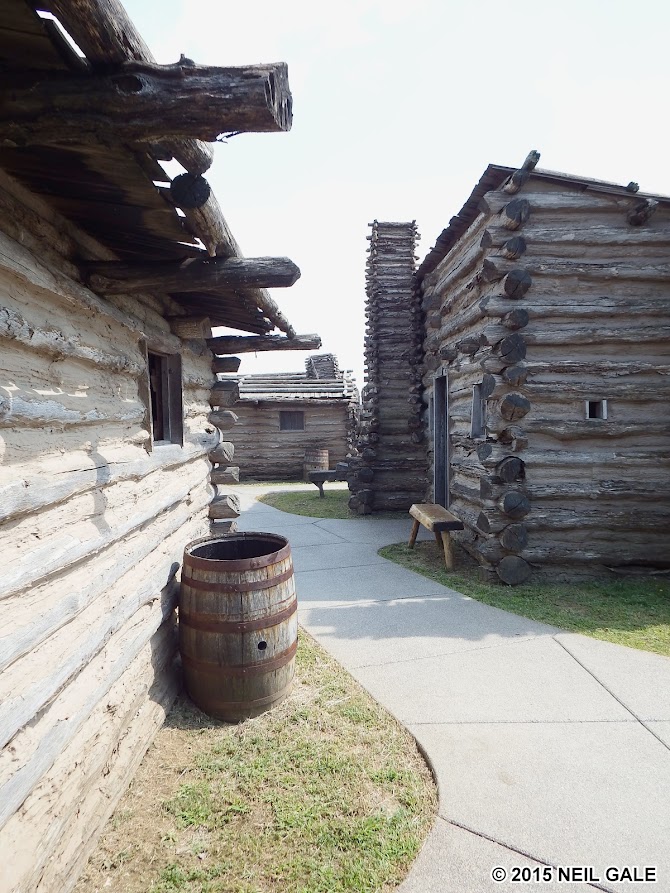 The Lewis and Clark State Historic Site has been established south of the actual winter campsite of the Expedition in Hartford, Illinois. It is located on the east side of the Mississippi across from the present mouth of the Missouri River, as the original camp was, however, the rivers have altered their courses, making the original site inaccessible and impossible to pinpoint.
The replica fort is about six miles from the mouth of River Dubois and has the same basic footprint as in Clark's rough sketches found in his field notes, including two detailed sketches with measurements. Journal entries described a collection of log huts that comprised the camp, similar to today's camp, and its relative position to the Missouri and Mississippi Rivers.
The reconstruction was completed with careful consideration of the raw materials and tools available to the men. Common military construction techniques, styles, and other military forts of the era were studied, as well as time allocations and the men's level of craftsmanship. Layouts of the expedition's other two winter encampments at Forts Mandan and Clatsop were also considered. The replica is the best estimate of what the 1803-1804 camp looked like. 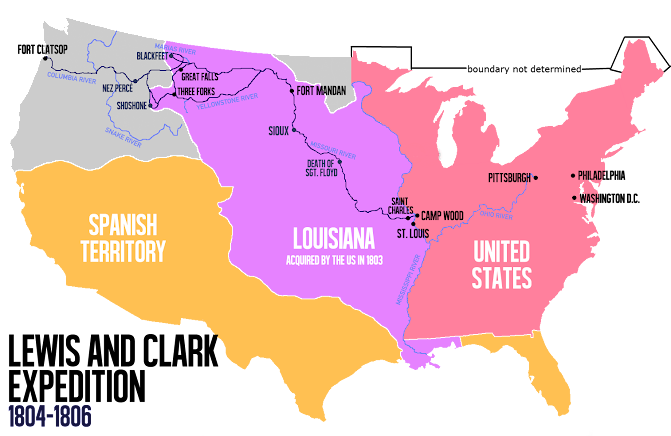 A BRIEF LEWIS & CLARK HISTORY
Camp River Dubois near present-day Wood River, Illinois, served as the winter camp for the Lewis and Clark Expedition, also known as the Corps of Discovery Expedition, from December 12, 1803, to May 14, 1804.
Founded at the confluence, Rivière du Bois (Wood River), it was located on the east side of the Mississippi River so that it was still in United States territory. This was important because the transfer of the Louisiana Purchase to France from Spain did not occur until March 9, 1804, and then from France to the United States on March 10, 1804.
At Cahokia, Lewis and Clark had met a well-known French citizen, Nicholas Jarrot, who owned 400 acres on the du Bois, and he agreed to let them camp there. William Clark arrived at Camp Dubois first with a group of men that he recruited from Kaskaskia and Fort Massac on December 12, 1803. There, they constructed a frontier fort. Captain Meriwether Lewis joined the camp several weeks later after gathering information about Upper Louisiana and the west from Cahokia, Kaskaskia, St. Louis, and other locations. Also during this time, Lewis took the opportunity to smooth relations with the Spanish authorities in St Louis to make the transfer of the Louisiana Purchase easier.
Camp Dubois was a fully operating military camp. Soldiers stationed at the camp were required to participate in training, maintain personal cleanliness, police the camp, and other duties spelled out by the United States military. They had inspections, marched, stood guard duty, and hunted to supplement their military rations. Sergeant John Ordway was in charge of the camp during periods in which both Lewis and Clark were away.
On May 14, 1804, the Expedition, under Clark's command, left Camp River Dubois on the east side of the Mississippi River and sailed up the Missouri River. It was the first American expedition to cross what is now the western portion of the United States. The expedition returned again to the camp on their return journey on September 23, 1806.

Read the complete story about Lewis and Clark.
WHAT IS A KEELBOAT?

The word "keelboat" in this historic context refers to a boat used to carry cargo and/or passengers along narrow river waterways. The boat derives its name from its primary structural component: a long beam that stretches along the bottom of the body, or hull. The feature serves two functions; providing a strong foundation for the structure of the boat and helping guide the boat forward as it moves along waterways. 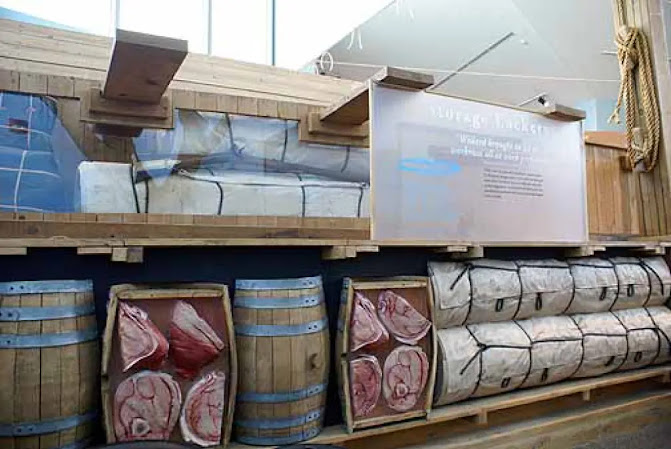 Builders created a long and wide cigar-shaped boat that could easily navigate rivers, canals, and other tight water spaces. Its size allowed for bulk carrying. The ease with which the boat was navigated also made it useful for traveling against the flow of water. 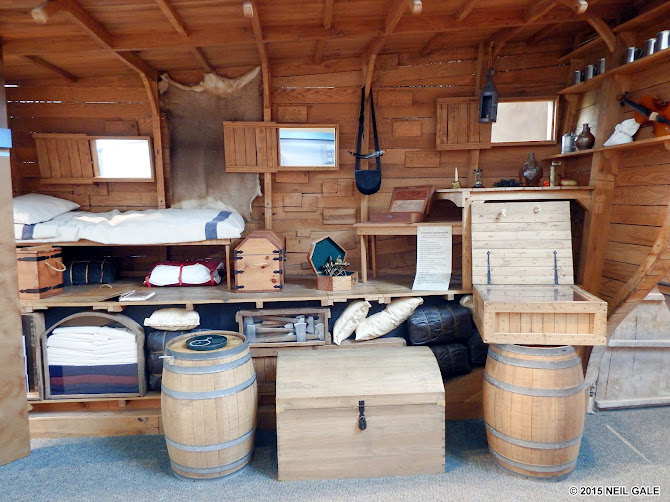 Lewis and Clark utilized a keelboat for much of their adventure. Individuals who sought a settlement in different regions also found the vessels useful, and the arrival of a keelboat often signaled the beginning of the regional expansion. If a keelboat transported a number of people, it usually contained an onboard cabin. Otherwise, the deck was open. 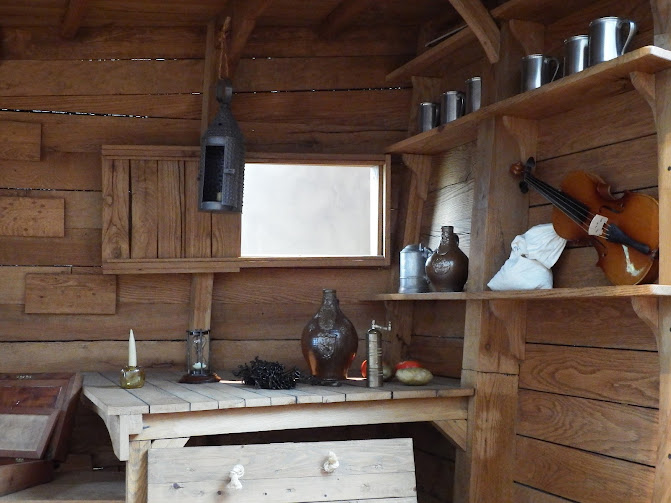 Keelboats were not motorized and thus did not have electrical or other means of self-sufficient power. As a result, sails, poles, or oars were used to propel and navigate the boat. For this reason, the keelboat was often referred to as a "pole boat." As one might imagine, steering a boat that could be up to 80 feet long was often a challenge. Several individuals were usually needed to accomplish this task. Many times, in shallow waters, the men tied ropes to the bow of the boat and pull it along from the shoreline.
Compiled by Dr. Neil Gale, Ph.D.
Presented by Dr. Neil Gale, Ph.D. at 4/28/2022 07:48:00 PM