Jean Baptiste Pointe de Sable: "Pointe" is the proper French spelling, but the final 'e' is almost always dropped in documents. The 'du' of Pointe du Sable is a misnomer (a wrong or inaccurate name or designation). It's an American corruption of 'de' as pronounced in French. "Du Sable" first appears long after his death in 1818. I use the correct spelling in this article. 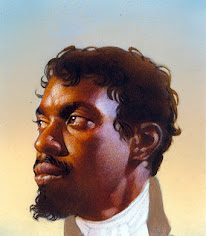 
[1] Guarie or Guillory River (Guary, Gary): The first non-indigenous settler at Wolf Point may have been a trader named Guarie or Guillory. Writing in 1880, Gurdon Saltonstall Hubbard, who first arrived in Chicago on October 1, 1818, stated that he had been told of Guarie by Antoine De Champs, the man in charge of the “Illinois Brigade” of the American Fur Company, and Antoine Beson, who had been traversing the Chicago Portage annually since about 1778. Hubbard wrote that De Champs had shown him evidence of a trading house and the remains of a cornfield supposed to have belonged to Guarie. The cornfield was located on the west bank of the North Branch of the Chicago River, a short distance from the forks at what is now Fulton Street; early settlers named the North Branch of the Chicago River the Guarie River.
[2] The Métis (French) refers to a group of Indigenous peoples who inhabit Canada's three Prairie Provinces, as well as parts of Ontario, British Columbia, the Northwest Territories, and the Northern United States. They have a shared history and culture and are of mixed Indigenous and European (primarily French) ancestry which became a distinct group through ethnogenesis by the mid-18th century, during the fur trade era.
“The Autobiography of Gurdon Saltonstall Hubbard" (in pdf), by Gurdon Saltonstall Hubbard, published 1911.
Presented by Dr. Neil Gale, Ph.D. at 9/02/2021 12:51:00 PM