The American Television Institute (manufacturer) was run by Ulises Armand Sanabria, a pioneer in mechanical television. Sanabria was the second man in the world to produce a workable television.
WHAT IS A MECHANICAL TELEVISION ANYWAY?
READ MY ARTICLE ABOUT THE DEMONSTRATION OF THE MECHANICAL TELEVISION AT THE 1933 CHICAGO WORLD'S FAIR. (with a video)
In 1931 Sanabria founded the American Television Inc. school, which trained students, in a 4-year program, through the 1950s to build and service televisions. 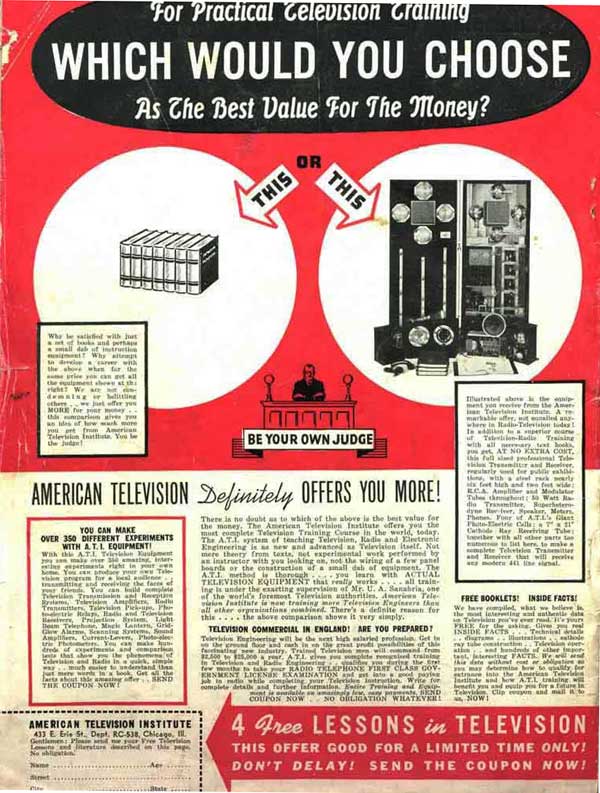 By 1934, Sanabria was able to present a projecting television system with a picture 30 feet wide. He continued to demonstrate his system until the late 1930s and was manufacturing television picture tubes until 1955.
Also, in 1940 Sanabria, working with Dr. Lee de Forest, explored the concept of a primitive unmanned combat aerial vehicle using a television camera and jam-resistant radio control and presented their idea in a Popular Mechanics issue.
In the years before World War II, Sanabria formed and was the principal stockholder and president of American Television Corp., and set up and operated a top-rated four-year national correspondence school and a four-year residence school in Chicago, Detroit, and Los Angeles. DeForest was a consultant to Sanabria and the school. They were in the process of setting up another branch in New York on Pearl Harbor Day. During the war years, 2,000 of their students were recruited by the U.S. armed forces. The school, "American Television Institute of Technology," had 6,000 men in four-year training courses, in which they were granted the first Bachelor of Science Degrees in Television Engineering.
Unfortunately, as with many of DeForest's other enterprises, the company suffered from poor financial management and tax liabilities. It closed in 1961.
The DeForest, and deForest-Sanabria, Corp., (1950-1961) and American Television, Inc., of Chicago, opened at 1522 W. Lawrence Avenue, Chicago. 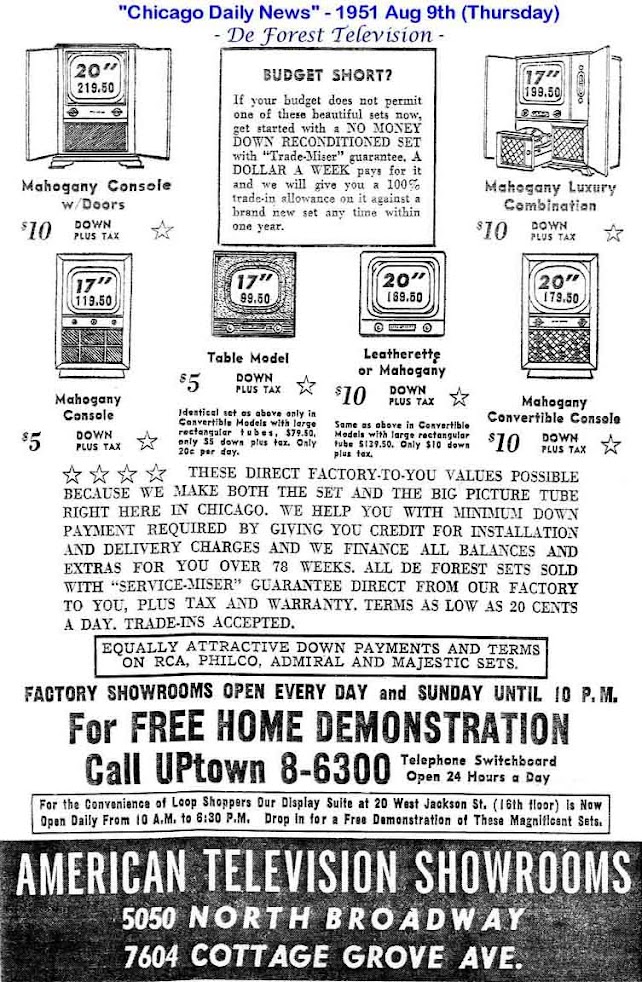