Only one or two examples can still be found paved with Belgian woodblocks from the late 19th and early 20th centuries. However, before the Belgian block became common, many different pavement methods had wildly varying advantages and disadvantages. Because it was so cheap, woodblock was one of the favored early methods. 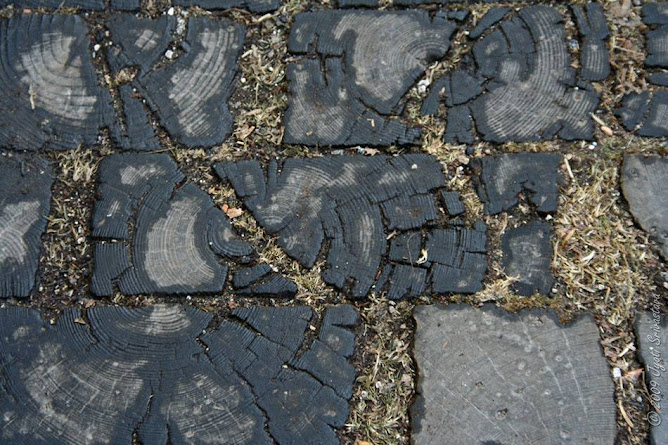 The woodblock pavement was more commonly known as Nicolson pavement, which Chicago started using by 1853. 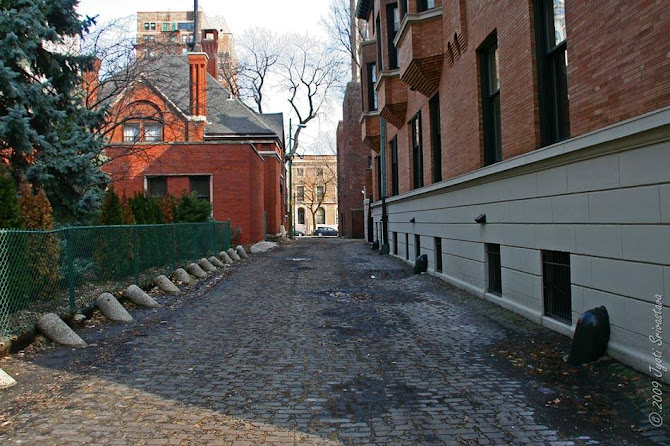 In the landmark Astor Street District in Chicago's Gold Coast community, the alley between State and Astor Streets, less than a block south of North Avenue, behind the mansion of the Archbishop of Chicago (1555 North State Parkway), is a woodblock alley running east and west. 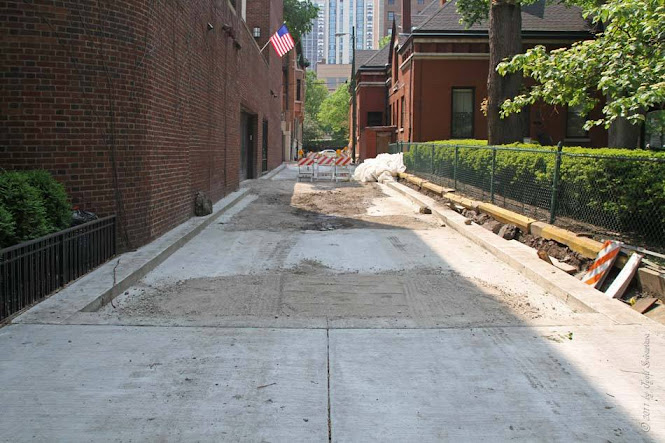 In May of 2011, the Gold Coast wooden alley was torn away and replaced with new wooden blocks. 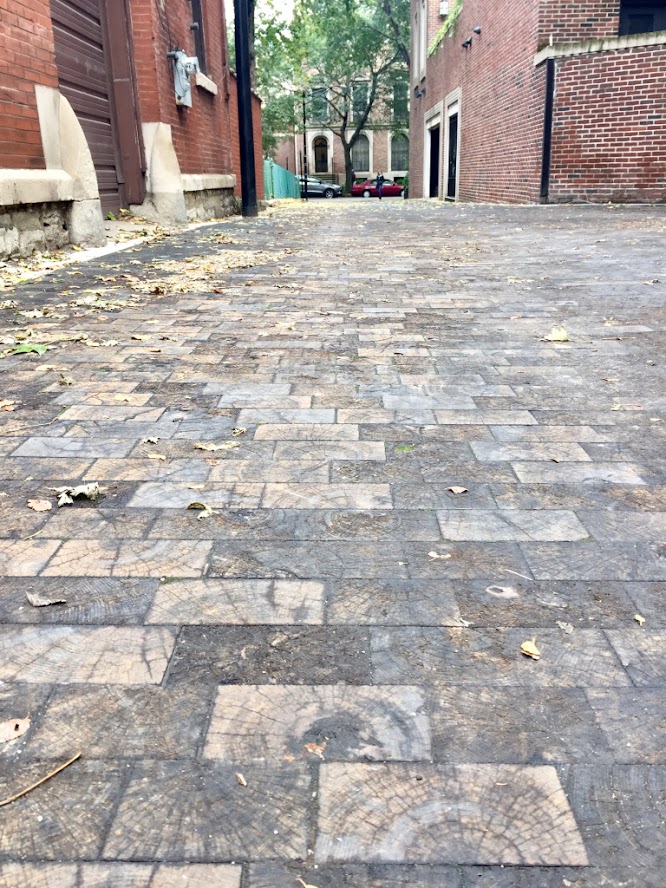