Disco Demolition Night was a promotional event that took place on Thursday, July 12, 1979, at Comiskey Park in Chicago, Illinois, during which a crate filled with disco records was blown up on the field. It was held during the twi-night doubleheader baseball game between the Chicago White Sox and the Detroit Tigers. During the climax of the event, rowdy fans surged onto the field, and a near-riot ensued. It ultimately proved to be one of the most notable promotional ideas and one of the most infamous The event has been characterized as the "emblematic moment" of the anti-disco "crusade" and "the night disco died."

In March 1979, after a few months without a job, Dahl was hired to do a morning show at WLUP where he met overnight DJ Garry Meier (who was then broadcasting under the pseudonym of "Matthew Meier"). Shortly thereafter, the two began a cross-talk that eventually led to Meier being teamed up with Dahl as both sidekick and newsman. Dahl effectively forced Meier to use his actual name by calling him "Garry" on-air accidentally. After openly discussing the subject, again, on-air, Meier officially dropped his pseudonym.

In response to Dahl's firing from WDAI, Dahl and Meier mocked and claimed to hate disco music and the radio station WDAI; He called it "Disco-D.I.E." mocking the station's slogan, "Disco-D.A.I," on the air. Dahl even recorded and started playing a parody of Rod Stewart's "Da Ya Think I'm Sexy?" which he called "Do You Think I'm Disco?" The song managed to crack the national charts to peak at #58 on the Billboard Hot 100 and received airplay across the country.

SONG: Do You Think I'm Disco?

During this same time period, Dahl and Meier, along with both Mike Veeck (son of the Chicago White Sox owner Bill Veeck), and Jeff Schwartz of WLUP promotions, came up with a radio promotion and tie-in to the White Sox called Disco Demolition Night which took place on Thursday, July 12, 1979. 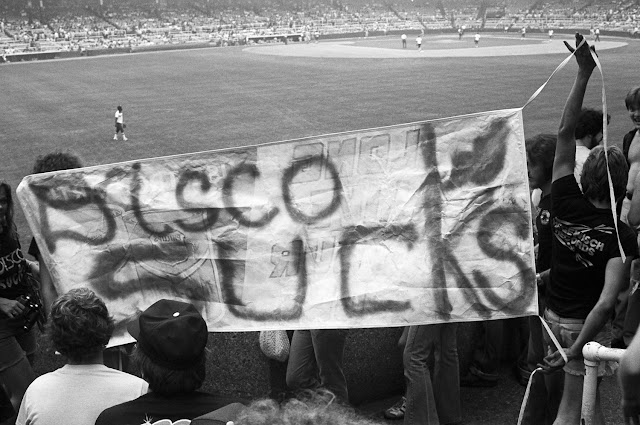 The concept was to create an event to "end disco once and for all" in the center field of Comiskey Park that night by allowing people to get tickets at the box office if they brought 98¢ (referring to WLUP-FM's 97.9 location on the FM dial) and at least one disco record. The records were collected, piled up on the field and blown up. 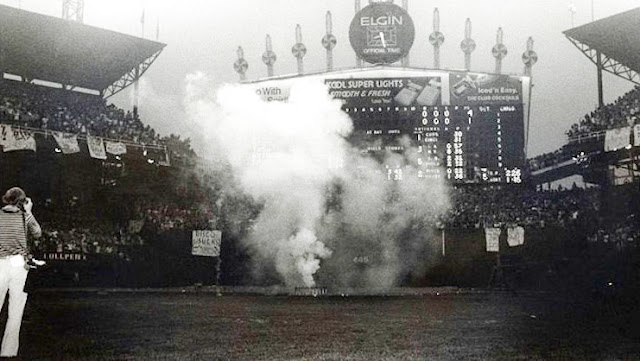 Hundreds of rowdy fans stormed the field, refusing to leave, resulting in the second game of the doubleheader being postponed. American League President, Lee MacPhail, later declared the second game of the doubleheader a forfeit victory for the visiting Detroit Tigers. Six people reported minor injuries, and thirty-nine were arrested for disorderly conduct. 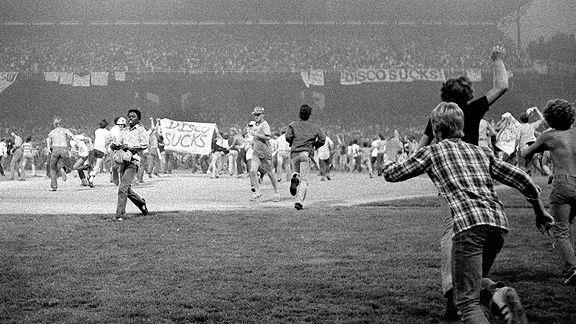 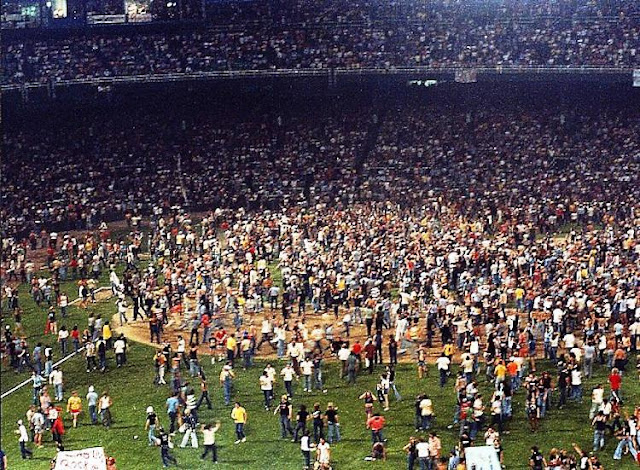 However, in February 1981, WLUP fired Dahl, citing "continued assaults on community standards." "It was going on in El Paso and Los Angeles, like, on Monday, and on Friday they fired me," Dahl later said. Meier was offered the opportunity to continue the show by himself, but he refused.