Green River pop (a midwestern term for soda, soda-pop, or soft drink) was introduced to Midwesterners in 1919, just as Congress was passing the18th Amendment establishing Prohibition. Green River soda was first created in 1916 in Davenport, Iowa, by Richard C. Jones, who owned a local confectionary shop.
In 1919, Jones sold his recipe to the Schoenhofen Edelweiss Brewing Company of Chicago. Before 1920, the brewery produced the popular Edelweiss beer, and Schoenhofen began manufacturing Green River and other soft drinks to survive the Prohibition Era.

It was also made by the Sweetwater Brewery in Green River, Wyoming.
When Prohibition officially went into effect on January 16, 1920, some breweries turned to producing a nonalcoholic drink called 'Near Beer,' while others were churning out ice cream and some breweries just closed. 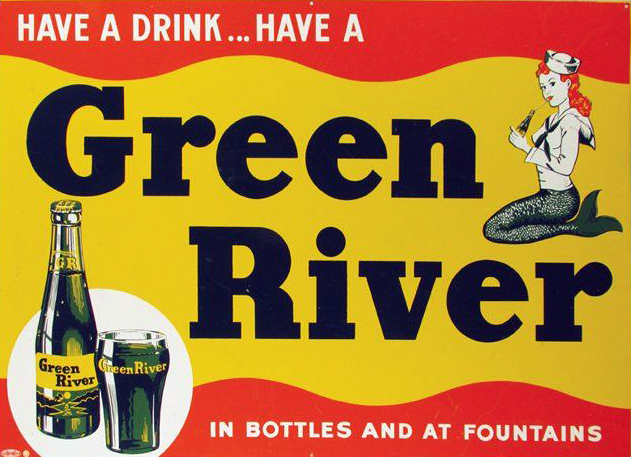 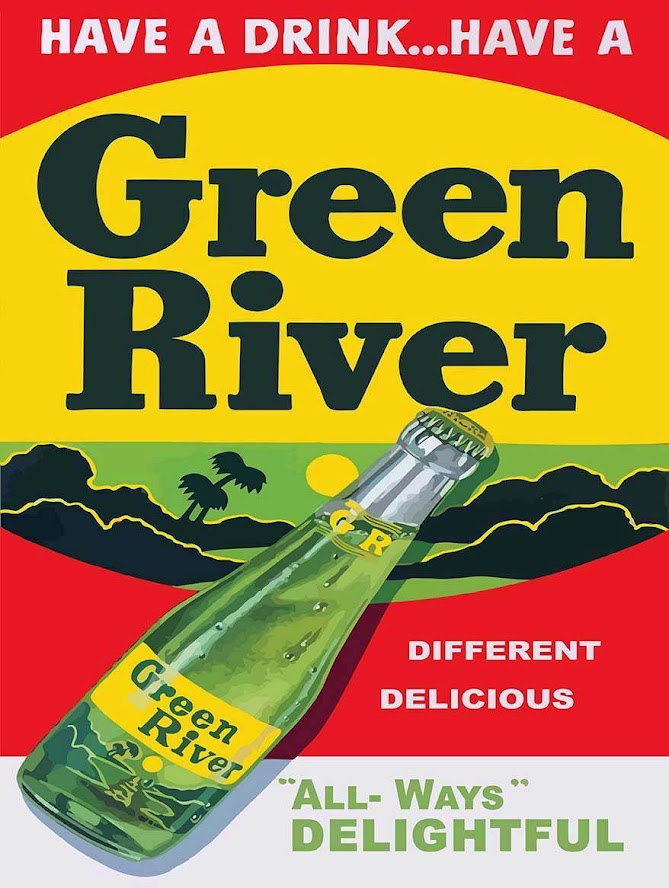 The Schoenhofen Edelweiss Brewing Company was located on 18th Street and Canalport Avenue in the Pilsen neighborhood. Two of the remaining 17 buildings can still be found at that location.
The lime-based pop with a hint of lemon was poured into old beer bottles and sold in the market. The vivid green color and great flavor were an immediate success. It was popular as a soda fountain syrup, trailing only Coca-Cola in popularity throughout the Midwest. 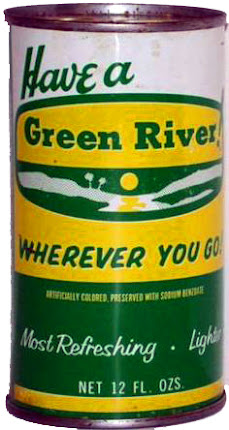 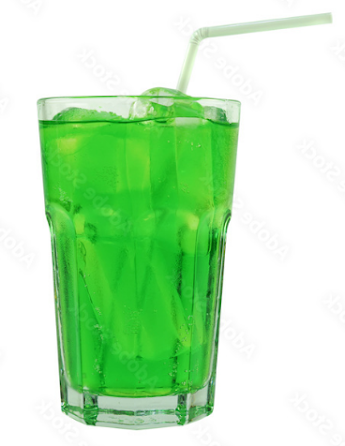 Following the closing of the Edelweiss company in 1950, the Green River recipe was passed from one manufacturer to another. This period of Green River history is murky, but sources agree that by the 90s the beverage was on the ropes—it was only being sold in Seattle (which has a Green River, of Green River Killer fame), and it was unclear if anybody else was making more.
Around 1995, the rights and recipe were sold to Clover Club Bottling Company, 356 North Kilbourn Avenue, Chicago, a small independent bottler in Chicago (bottles "Dogs N Suds Root Beer"). Clover Club brought Green River back to life, and then WIT Beverage Company (WBC) took over the brand in 2011 and continued Clover Club’s work.
In October of 2021, WIT Beverage Company passed the torch to none other than Sprecher Brewing Company in Glendale, Wisconsin, another Midwestern craft soda icon. As Milwaukee’s Original Craft Brewery, Sprecher knows what it means to preserve a legacy and plans to let Green River shine yet again by re-introducing it to the country that has loved it for over one hundred years.

Green River is frequently marketed as a nostalgia item, and its sales increased in March due to the association of the color green with St. Patrick's Day. 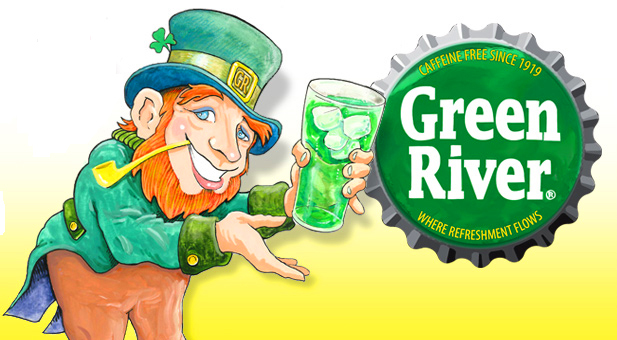 While not widely commercially available, it can be purchased at some Chicago area grocery stores and retailers and is served in some Chicagoland restaurants.
With a unique visual appeal, including its bright green color, Green River takes people back to a pleasant time in their life, in the 1950s and '60s, at a time of corner pop fountains and drive-in movies.
According to John Fogerty, the Creedence Clearwater Revival album Green River and Al Jolson's song "Green River" were inspired by the soft drink.
John Fogerty & Creedence Clearwater Revival Play the song "Green River."
In Zen Studios' (acquired Bally And Williams Pinball Licences in 2018) recreation of the Williams pinball machines "The Party Zone" and "The Champion Pub," Zen Studios' computer pinball game "FX 3" has replaced depictions of beer with Green River. It was a precautionary act of censorship to avoid the repercussions of having the Entertainment Software Rating Board (ESRB) rating of "Everyone 10+" changed to a more restrictive rating.