Chez Paul occupied a mansion built in 1875 for industrialists Leander J. McCormick and his son Robert Hall McCormick (no connection to Robert Hall stores) and was originally constructed as two-side-by-side homes. They lived across the street from Leander’s brother and business partner Cyrus McCormick, whose even grander home filled an entire city block.
Chez Paul moved into the Robert Hall McCormick II mansion in 1964 at 660 North Rush Street, after refurbishing the building. From 1965 to 1995, one of Chicago’s most elegant restaurants served up both French cuisine and glamour in what had formerly been one of Chicago’s fanciest private homes. The steps and pillars are marble, as is the mantel in the Louis Room, which was presented to McCormick when he was Ambassador to Italy by Victor Emannuel III, King of Italy.
In 1976, Bill Contos opened "Chez Paul Country House" at Rt.53 & Euclid, 1900 Hicks Road, Rolling Meadows. It was closed in 1986. 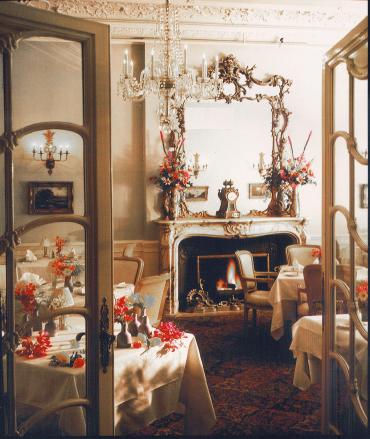 A replica of the restaurant's interior was used for a scene in the 1980 film The Blues Brothers. A similar set was used in the 1986 movie Ferris Bueller's Day Off. They were filmed in Chicago for reference to duplicate on set, right down to the ashtrays.
Both movies Chez Paul restaurant interior scenes were filmed on the West Coast per owner Bill Contos, who said, "It was either that [a replica] or ship the McCormick mansion to the West Coast, and this just seemed easier."
Bill Contos died in April 1993 and though the restaurant was struggling, his wife, Regina kept it open for a few more years, long enough to see its 50th anniversary in 1995.
Chez Paul closed in 1995, the building is currently used for office space.