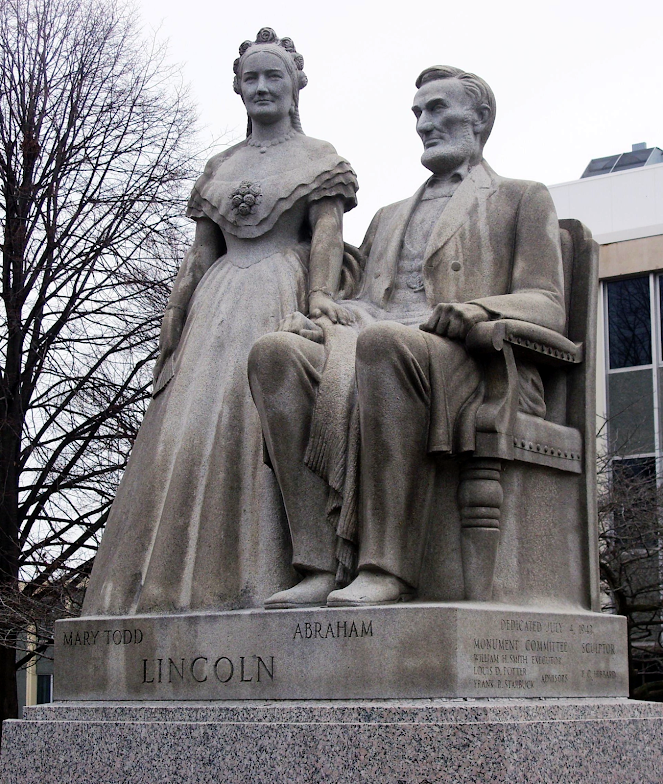 The Abraham and Mary Todd Lincoln statue is located at East Park, 1001 South Main Street, Racine, Wisconsin. When dedicated in 1943 it was the very first memorial to honor the Lincolns as a couple. The statue was a gift to the community by Lena Rosewall who left her entire estate (approximately $20,000) to create the memorial after she died in 1935.
It was chiseled from Elberton gray granite and rests on a 5-ton base of pink Minnesota granite. The memorial was designed and sculpted by Chicago artist Frederick C. Hibbard. Miss Rosewall was an admirer of Mary Todd Lincoln, who spent much of the summer of 1867 visiting Racine. Ironically, President Abraham Lincoln was never known to have been in Racine during his lifetime. East Park is on Main Street, a few blocks from Downtown Racine, and directly in front of the Racine campus of Gateway Technical College.
Presented by Dr. Neil Gale, Ph.D. at 11/12/2020 06:42:00 PM