Abraham Lincoln’s Boyhood Skull Fracture and Brain Injury from Being Kicked in his Head by a Horse.

The physical constitution of Abraham Lincoln has perplexed his biographers and portrait sculptors and painters, as it did his personal friends, because of certain enigmatical qualities in his face and personality. More books, articles, and speeches are said to be presented yearly on Lincoln than on any man in history, and his philosophy of democratic government of the people, by the people, and for the people has become the philosophy of the democratic political organization of the United Nations, as well as the United States. It is therefore important that any new evidence on his physical constitution and neuroses that would be helpful in understanding his personality should be published.
The following discussion presents a new consideration of the evidence on his genetic and endocrine constitution, followed by a new, recently discovered evidence of an accidental fracture of his skull in childhood from the kick of a horse. This fracture left certain permanent injuries and functional impairments of his brain that greatly influenced the schizoid, melancholic-euphoric development of his personality and thereby his marital life and legal and political career.
Lincoln's face gave evidence of unusual hereditary (transmitted or transmittable from parent to offspring) genetic predispositions in its embryonic development, and hence in the development of his brain and personality. The creases in the skin of the human face are produced principally by the activities of the muscles of the face with attachments to the skin. In most faces, the crease that runs on either side from the nose continues below the cheek and around the upper lip and corner of the mouth and then passes more or less distinctly around and under the lower lip. In Lincoln's face, as shown by his life mask and photographs, these creases, one on each side, pass from the nose part way only around the upper lip and then turn sharply backward well above the corners of the mouth. Here they join unusually deep creases that run downward from in front of the cheekbones, between the buccinator muscle of the cheek and the masseter muscle of the jaw, and then curve forward well back of the mouth, to pass under the chin, where they meet. The expressive effect of this unusual, though not rare, type of facial creasing was enhanced by the length and narrowness of his face. This type of facial creasing is characteristic of the great apes, and when it exists in man it indicates a primitive type of hereditary nervous differentiation.
Three genetic moles, one on the right side and two on the left side of the face, gave, in relation to these creases, a distinguishing quality to Lincoln's face, which, once seen, was not likely to be forgotten and was, therefore, socially and politically invaluable. The largest and most prominent mole was located on the right side of his face, just above the crease as it turned back from the upper lip to join the crease lying between the muscles of mastication and the mouth. The mole actually divided the crease, producing a perpetually dimpled, smiling effect on that side of the face. On the left side of the face, one of the other two moles lay on the cheek above the crease where it turned back from the upper lip, and the other lay lower down on the side of the face, back of the crease, after it joined the masticator-buccinator crease. The positions of these moles in relation to the mole on the right cheek indicate that early in embryonic development when the head was very small and the face was beginning to form, the right and left moles appeared in symmetrically opposite positions. If this is true, the mole on the left cheek later became divided, and the two parts separated progressively as the muscles and bones of the face enlarged.
Although the psychological effect of these unusual facial characteristics is now unknowable, they gave his face a ready-to-smile set and an unusually comical quality that surely must have reinforced the development of his great sense of humor and propensity to laughter. They probably also combined with other unusual inherited and acquired facial and bodily qualities in reinforcing the formation in his boyhood of the conviction that he was an unusual person, predestined to perform some great mission to be revealed to him, a conviction which developed later into his unique, fixed, lifelong humanitarian inspiration and compulsion. 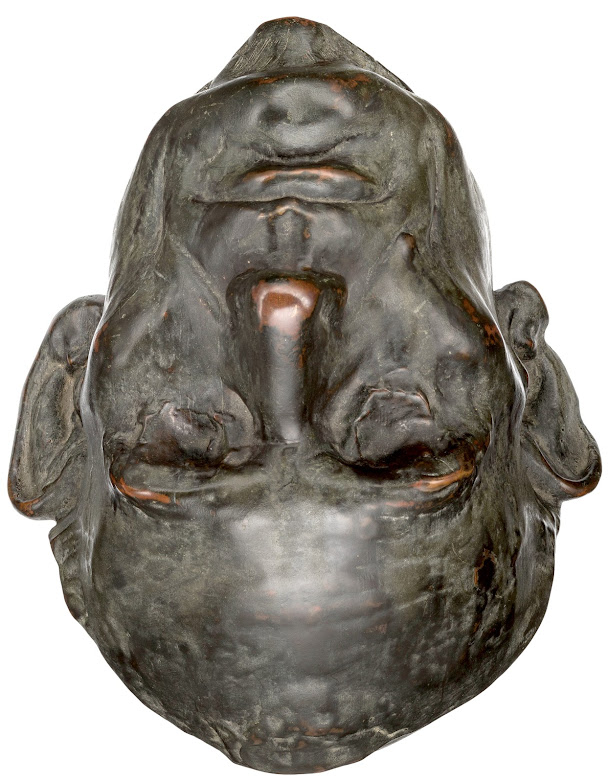 As I reclined, my eyes fell upon the glass, and I saw distinctly two images of myself, exactly alike, except that one was a little paler than the other. I arose and lay down with the same result. It made me feel quite uncomfortable for a few minutes, but, some friends coming in, the matter passed from my mind. The next day while walking the street, I was suddenly reminded of the circumstance, and the disagreeable sensation produced by it returned. I had never seen anything of the kind before, and did not know what to make of it. I determined to go home and place myself in the same position, and, if the same effect was produced, I would make up my mind that it was the natural result of some refraction or optics, which I did not understand, and dismiss it. I tried the experiment with the same result; and, as I had said to myself, accounted for it on some principle unknown to me, and it ceased to trouble me. But the God who works through the laws of Nature might surely give a sign to me, if one of his chosen servants, even through the operation of a principle in optics.