Eddie Doucette's Pancake Plantation had two locations in Chicago around the 1950s and '60s. The first one was on Chicago's Far North Side at 2601 West Touhy Avenue on the southwest corner of Rockwell.

The second location was on Chicago's South East Side at 2015 East 71st Street, at Chappel Avenue. 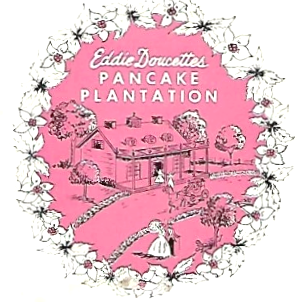 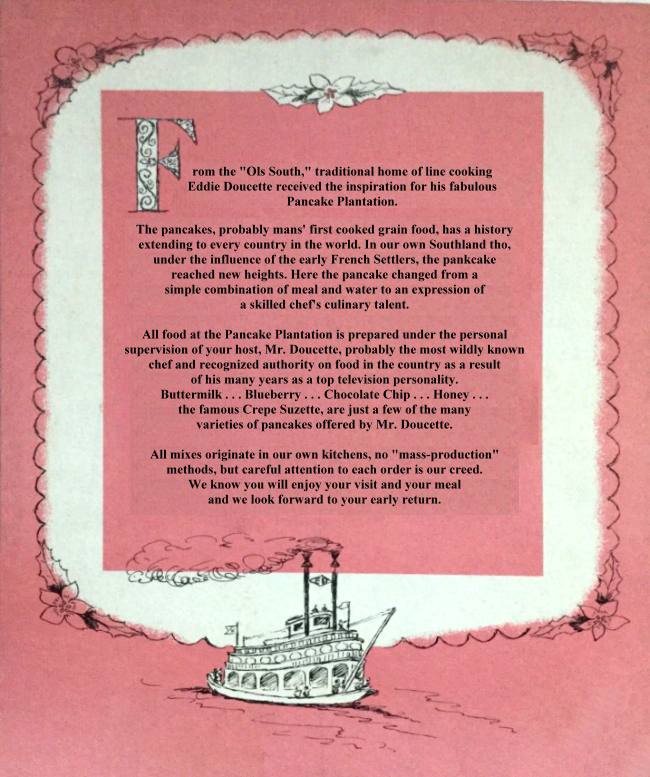 This is as close to the original New France (Canada), 18th Century recipe that Eddie Doucette based his restaurants' pancakes on. American colonists called them Peter Cook's Pancakes. I don't know the original French recipe name or how Eddie tweaked it to make it truly his.

This is the batter for their "Apple Yummy" and "Dutch Nannies" pancakes. Their "French Fried" pancakes are the same recipe but cooked on a griddle.

You'll be pleasantly surprised at just how good these pancakes are! Be sure to follow this recipe to the "T" the first time. 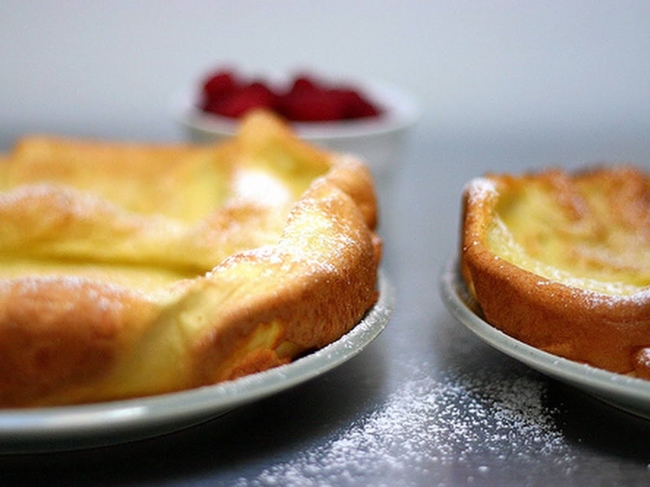 NOTE: If a double recipe is required, bake the 2 pancakes in separate baking dishes. Do not combine in one baking dish because it will not rise properly.


[1] MILK was not a commonly consumed beverage until the 19th century. Even then, it was risky drinking it before pasteurization (heating it to kill bacteria) and homogenization (mixing large quantities together to dilute potential illnesses caused by the cow ingesting poisonous plants; i.e. White Snakeroot [Ageratina altissima] or Milkweed plants). People who drank milk did so as soon as it left the cow or shortly thereafter; they didn't store it as they had no means to inexpensively do so.

[2] NUTMEG - Although today we’re primarily familiar with nutmeg as a powder that comes in little plastic bottles, it’s actually the pit of the fruit of a tree native to the Banda Islands of Indonesia. Throughout the 18th century, the Dutch controlled the Banda Islands, keeping nutmeg scarce and in high demand in international markets. In America, where nutmeg was a popular flavor in 18th and early 19th-century cooking, the spice was costly, so unscrupulous vendors allegedly tried replicating nutmeg with wood.

[3] POWDERED SUGAR - From the 16th century to the 18th century, consumers got their sugar in varying degrees of refinement. Sugar was sold in the form of loaves or cones, and pieces were cut from them using a tool called a sugar cutter.  As a result, recipes from this period often included directions for clarifying (of sugar cane juices extracted from sugar canes) and sifted (through a sieve) sugar.
The earliest form of powdered sugar was sugar that had been grated from a loave or cone. The grated sugar could then be sifted numerous times. This sifted sugar was the first form of powdered sugar. With sifting, the finer sugar granules would be separated from the larger ones.

NOTE: The number followed by an "X" on the package of powdered sugar refers to the number of times it was sifted.
INDEX TO MY ILLINOIS AND CHICAGO FOOD & RESTAURANT ARTICLES.
Presented by Dr. Neil Gale, Ph.D. at 12:35 AM