Victoria Station was a chain of railroad-themed steakhouse restaurants. At the peak of its popularity in the 1970s, the chain had 100 locations in the U.S. and Canada.

The concept evolved from a Cornell University Hotel School graduate project, according to original owners Bob Freeman, Peter Lee, and Dick Bradley, graduates of the school.

The first restaurant was located in San Francisco. The chain was designed to attract members of the baby boom generation. The theme of the restaurant was loosely based on London's Victoria Station.

Antique English railway artifacts were used as decor inside, and the exteriors were composed of American Railway cars, primarily boxcars, with a signature Caboose placed in front. On the "entry platform" to each restaurant was a London-style phone booth. 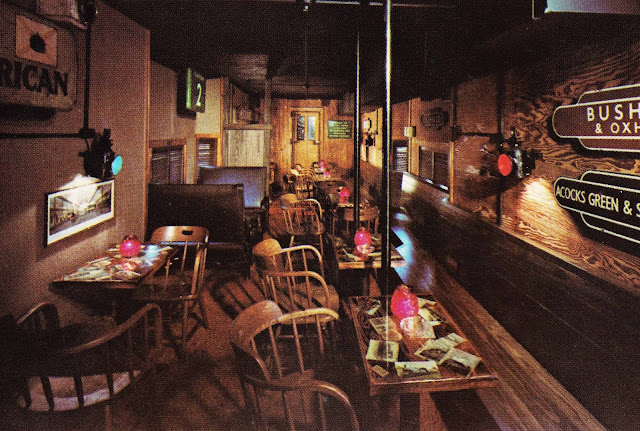 Prime rib was the featured item on a limited menu that included steaks, barbecued beef ribs, and shrimp done in a variation of scampi style known as "Shrimp Victoria".

Most of the restaurants used authentic railway cars for dining areas, often boxcars or cabooses. The Victoria Station chain flourished in the 1970s, according to a memoir by former Victoria Station corporate marketing manager Tom Blake.

They filed for bankruptcy in 1986. The one Victoria Station restaurant that remained in Salem, Massachusetts was shut-down on December 6, 2017.