The History of Anderson's Candy Shop in Richmond, Illinois.

Anderson's Candy Shop was founded by Arthur Anderson in 1919 when he left the most famous candy company in Chicago, Krantz's Confectionery, to start his own business. He opened a small shop on Armitage Avenue in Chicago with a make-good gift of flavoring and chocolate from local chocolate and flavoring companies. If Arthur made good he was to pay them back. 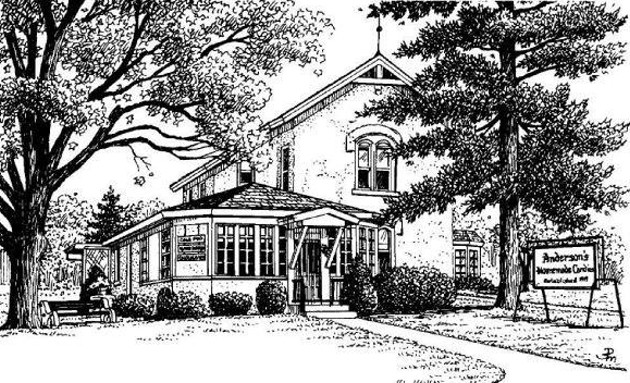 Arthur and his family did make good but driven by rising rent Anderson left the city in 1926 and bought a house on what is today Route 12 in Richmond, Illinois. He ran his business out of his front porch and living room selling candy in the cool months and ice cream in the summer. 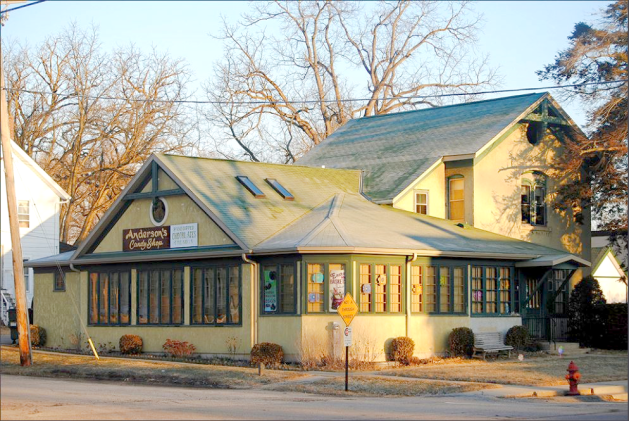 There was a sign above the door which read: I MAKE MY OWN CANDIES.

Arthur Anderson's motto was: No fancy packaging just the best candy you can buy and that's what you get when you buy Anderson’s. Times got tough during the Great Depression and the war years for Arthur and his candy business. He had to sell off parts of his property in order to keep the business going. 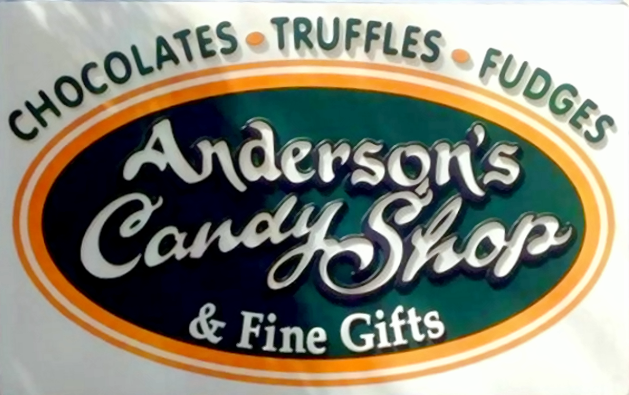 In 1933 the whole nature of the business changed after Arthur and his family visited the Chicago World’s Fair. He came home with the first air conditioner in McHenry County, which allowed him to sell chocolate year-round.

The candy shop almost closed during the Second World War because of rationing on chocolate and sugar supplies. During the war years, Anderson went to work in a defense plant but each month he would save up supplies. When they had enough, Arthur and his wife would open the store for a day but even with a limit of one box per customer, their supply would sell out in just a few hours. 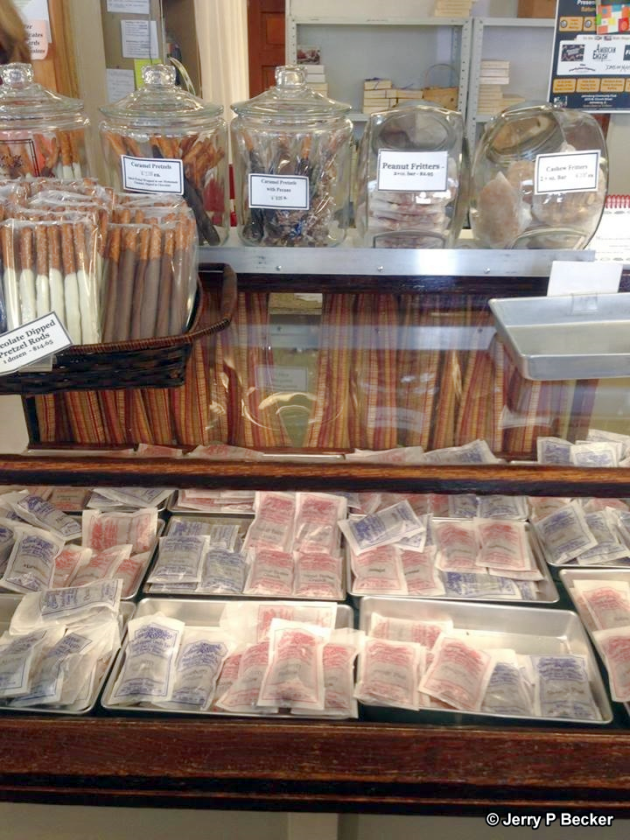 Arthur passed his passion for chocolate down to his son, Raynold Anderson. Raynold was away fighting in Europe during the Second World War. When he returned, he took over the daily operation of the candy shop and married Violet. While Arthur established the business, Raynold expanded it. The post-war economy boomed and people took to the roads to travel like never before. Tourists would pass our shop on their way to Rockford, Chicago and Lake Geneva, Wisconsin, making sure to stop at Anderson's Candy Shop to pick up candy and to talk to the candymaker and his family on the way. 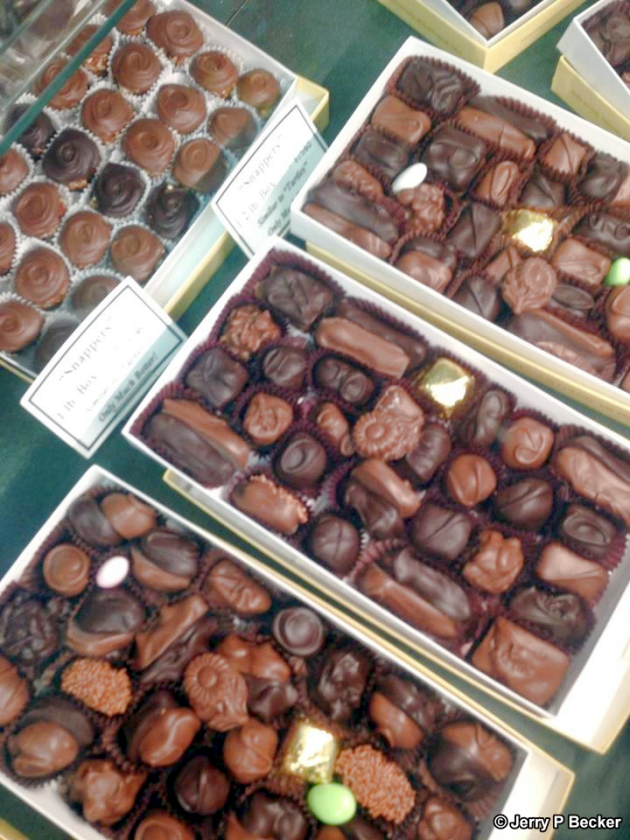 Throughout Raynold's time leading the business methods never changed. In the cooking room, Raynold used the same recipes and methods Arthur taught him and he passed those on to his two boys, Lars, and Lief who are teaching them to their children today. 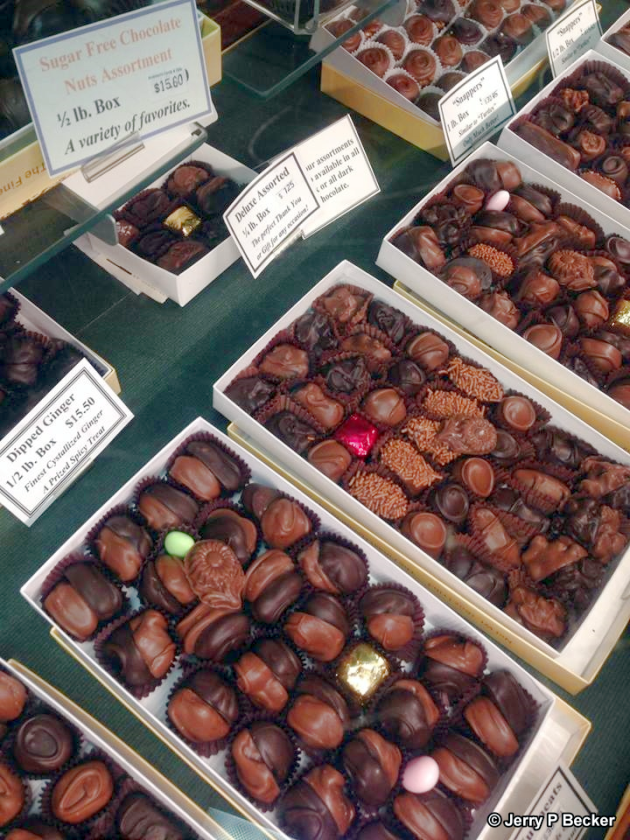 Lars and Lief took over Anderson's Candy Shop in the late 1980s but continued to practice the same standards of production and service our parents and grandparents showed us years ago. A lot has changed in the world in 90-something years but at Anderson's things are still done the old-fashioned way. They use only the best ingredients including double refined sugar, butter, aged vanilla, and cream. They hand make all of their candy, cooking it in small batches and using recipes handed down through three generations. Leif personally answers phone calls, e-mails, and talks to customers in the Richmond shop every week. Loyal customers appreciate the difference passion and tradition make when producing gourmet chocolates.