The History of Ann Sather's Restaurants of Chicago, Illinois.

In 1945, Ann Sather plunked down savings earned at a Chicago meat-packing plant to buy an already-existing Swedish diner.  Although of Norwegian heritage, Ann kept the Swedish menu to please loyal guests in the then-heavily-Swedish Andersonville neighborhood. It was Ann's restaurant where people could come for generous homemade meals, warm hospitality, and a genuine concern for their welfare.
The competition was fierce. Ann’s block had seven (7) Swedish restaurants operating when she stepped in. One by one, those closed, but Ann held on, working the restaurant for 30 years before selling to Tom Tunney, 44th Ward Alderman, and the man responsible for growing Ann Sather’s to a three-unit operation.
They are legendary for their cinnamon buns and fabulous breakfasts. According to Tunney, Ann’s cinnamon-spiced carrot bread slices were originally included with the breadbasket but later sold whole at the bakery counter. 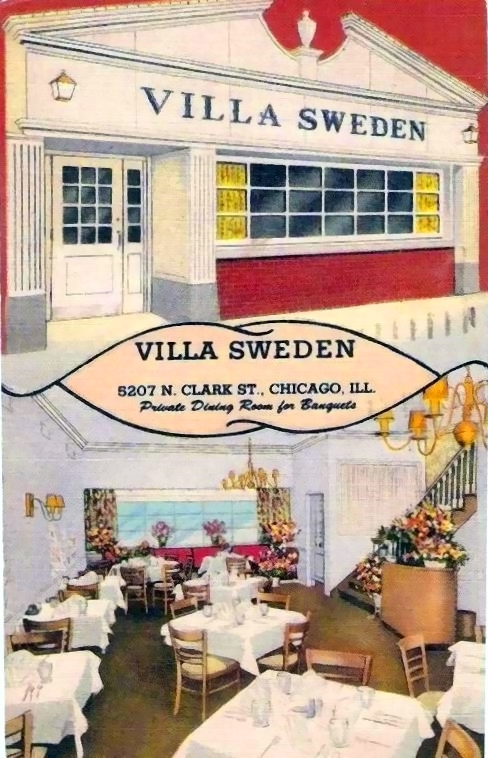 For 30 years Ann ran the diner herself. Her devotion to wholesome, made-from-scratch food, low prices, and hard work became legendary. 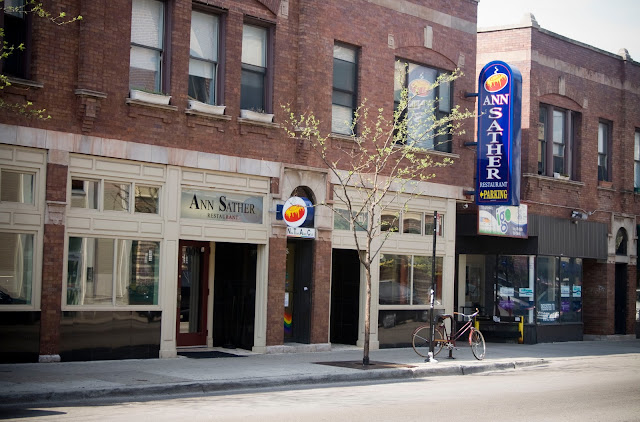 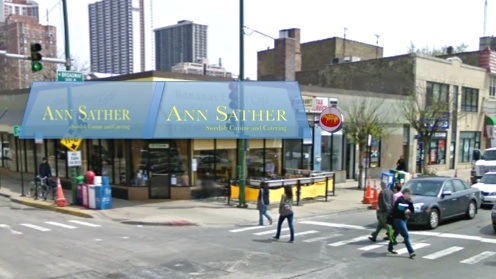 In 1981 after searching for a successor who would meet her stringent demands for quality and remain devoted to her patrons, Ann sold the restaurant to Tom Tunney a 24-year-old graduate of the Cornell University School of Hotel and Restaurant Management. Tom apprenticed with Ann for a year learning the business from top to bottom. Tom, a Southside Irish lad with French culinary training was learning all of the best Scandinavian cooking secrets in town. 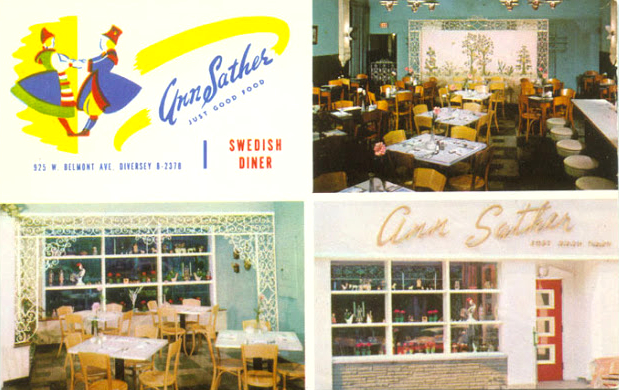 Although Ann Sather passed away in 1996, her spirit prevails. In the just good food, just good friends, and just good fun philosophy that has made her diners famous. Over the last 22 years, Tom has expanded the business to include the most famous breakfast in town, several neighborhood cafes and Ann Sather Catering is renowned for its wedding receptions, banquets, and catering deliveries.
The first addition to the Ann Sather family arrived on March 9, 1987. Located at 5207 N. Clark Street, Ann Sather Andersonville features exquisite original artworks by Scandinavian artist Sigmund Arseth. Tunney commissioned Arseth to paint 12 canvasses telling the story of Nils, a young boy who in Swedish folklore flew high above Sweden on the back of a goose. Arseth also painted the walls with decorative trim and detailing, reminiscent of Swedish folk art. Ann Sather Andersonville closed in December of 2013. 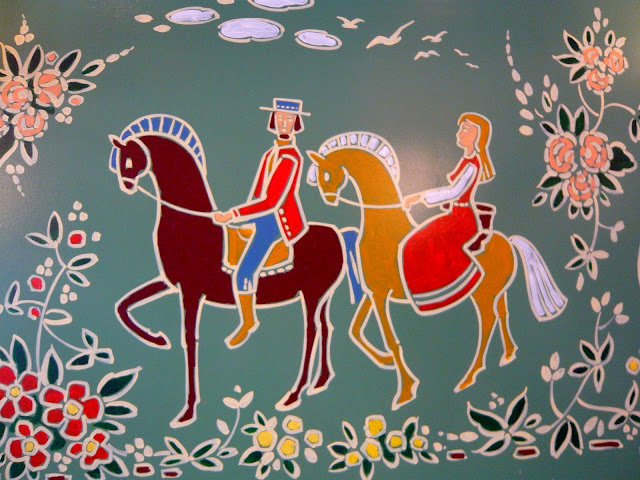 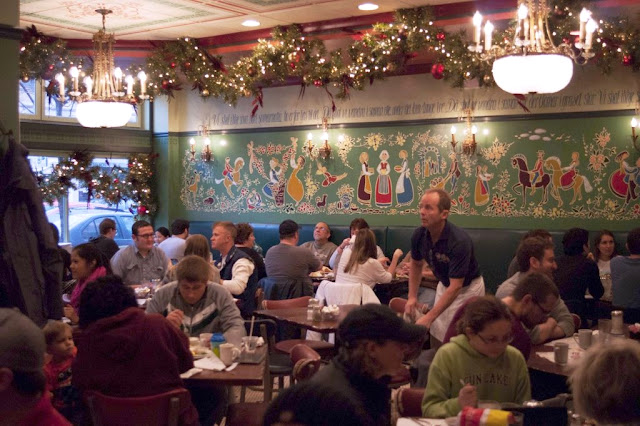 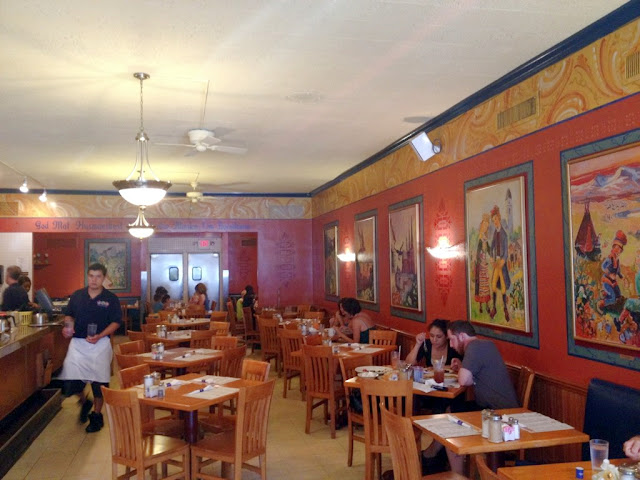 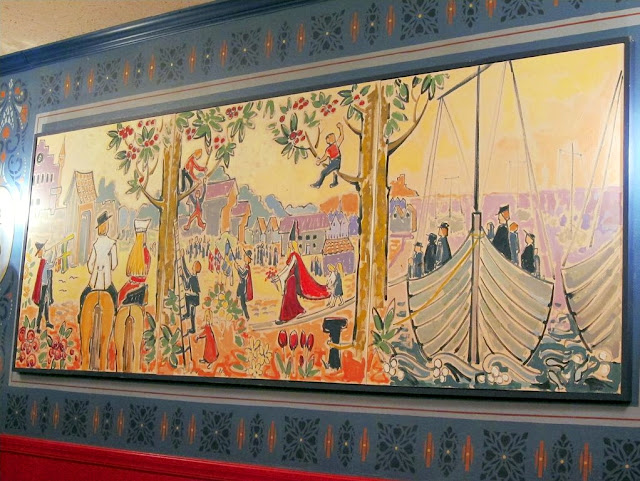 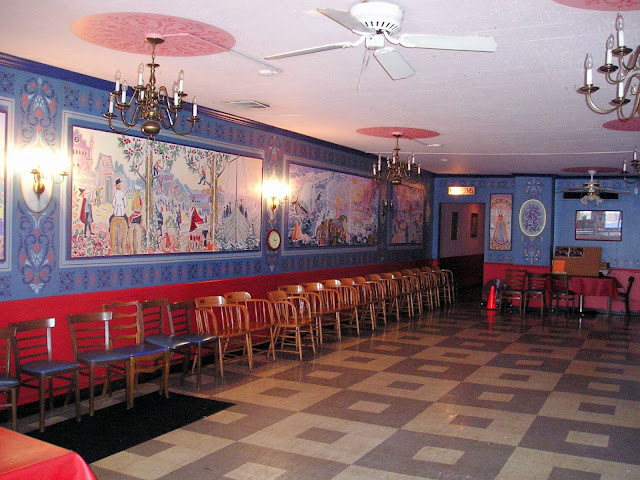 The other additions to the Ann Sather family have been on a smaller scale and known as the Ann Sather Cafes. The cafes seat approximately 25 to 50 people depending upon the location. The food served is breakfast and lunch with a lot of take-out orders. Things changed over the years but not the good food and good friends of the Ann Sather Restaurants. 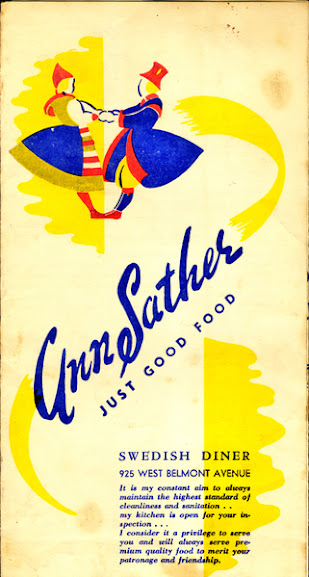 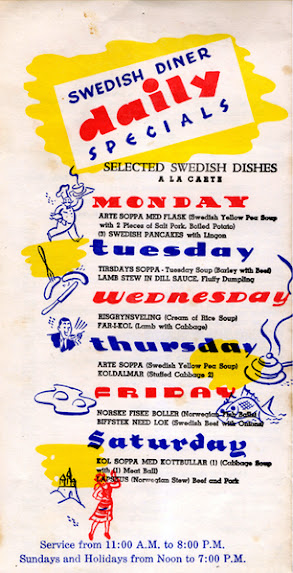 Ann Sather Restaurants has also been instrumental in serving the community with its generous support of local organizations and causes. As Tom says: "My business is a two-way street. We have to take care of each other."