KiddyTown opened in the summer of 1953 and was located on the north side of the future Harlem Irving Shopping Center (opened in 1955) in Norridge, Illinois
Some of the rides were the Tilt-a-Whirl, an Allan Herschell Co. Merry-Go-Round,
Philadelphia Toboggan Co. Little Dipper (purchased it for $6,000.00 and installed in 1956), Mangels Co. Whip, Boats, and Sky Fighter, Herschell Kiddie Tanks, Eyerly Co. Midge-O-Racer, Handcars, Gasoline-powered Cars, a Tractor ride, a 5 car Ferris Wheel, and a Miniature Train with twin diesel engines. Pony rides were also available at the 5-acre park. 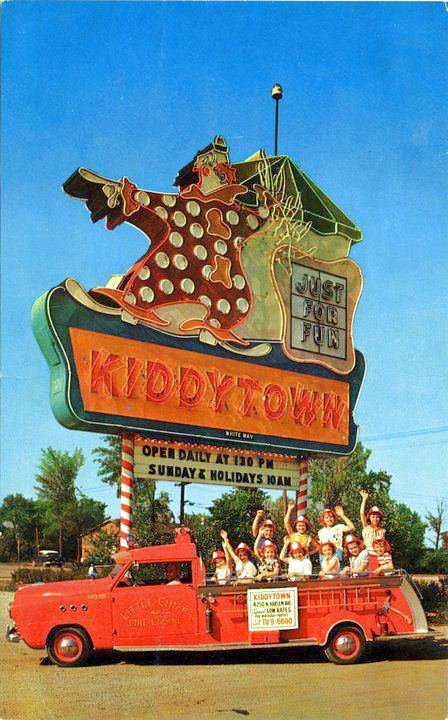 The kiddie train had a 150-foot curved tunnel, bridge, and elaborate depot for the 2,000-foot miniature railroad. The Ferris Wheel was “kiddie-sized” with the riders locked into cages for the duration of the ride. The Handcars were self-propelled cars on little train tracks; a rider would sit on the car with their leg stretched forwards and hand-crank the car around the track.

On the weekends, sometimes a small red fire engine with “KiddyTown” written on its side would sound its loud siren telling all the children in the neighborhood that some lucky kid is having a birthday party and they’re all going to KiddyTown. Their first ride, of course, would be in the fire truck. Each year in September the organization of the Bakers Club of Chicago would rent the whole park and treat as many as 500 orphaned children to a day at the park. Besides the rides and hot dogs, the children would receive specially baked cakes and cookies. Sometime in the early 1960s, KiddyTown closed down and sold all the rides.

Like many other Chicagoland "Kiddie Parks," KiddyTown had a fire truck that was used to pick up birthday party guests at their homes and deliver them to the amusement park. When the truck wasn't picking up partygoers, it was used as a ride in the park.

Hillcrest (Amusement) Park in Lemont, Illinois purchased the "Little Dipper" wooden roller coaster for $6,000.00 but it cost them $66,000.00 to move it. It reopened in 1967 in Hillcrest Park where it thrilled youngsters until that park closed in 2003.

The "Little Dipper" was bought and moved to a small amusement park in Marshall, Wisconsin called Little Amerricka Amusement Park (formerly Little A-Merrick-A; owned by a family named Merrick, when Hillcrest Park was closed in 2003. The Little Amerricka Amusement Park is still open. The "Little Dipper" was renamed the "Meteor" and was operational for their 2007 season. 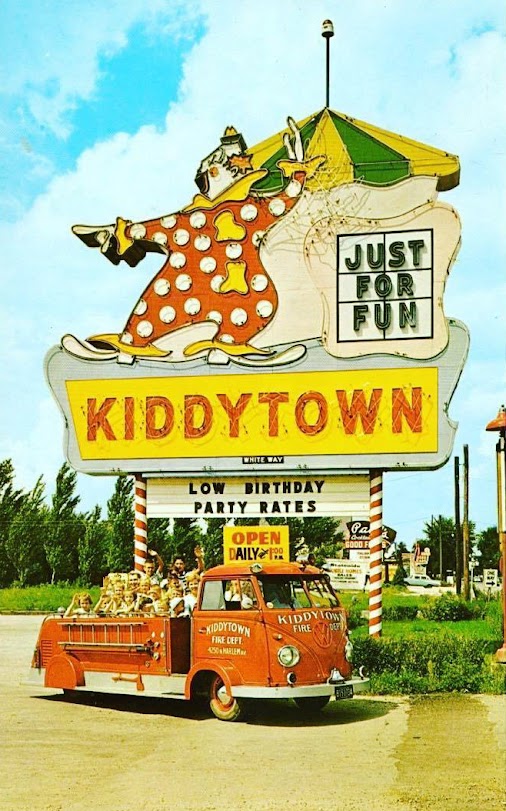 VIDEO
Take a ride on the "Little Dipper" roller coaster, now named the "Meteor" at Little Amerricka Amusement Park in Marshall, Wisconsin.
Ride the "Meteor" in the first-person point of view.

KiddyTown was replaced by the Unity Saving Bank and its parking lot. Now the location is a Panera, Chipotle, Forever Yogurt, Red Robin Sports Authority, X-sport Fitness, and Mattress Firm. 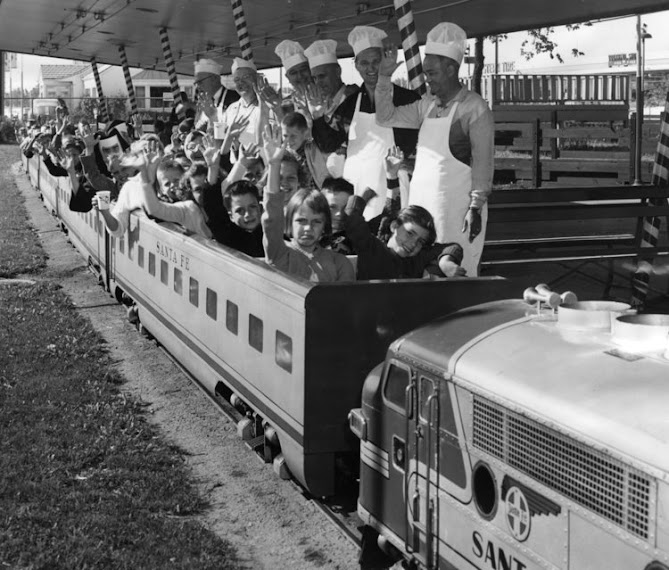 April 2021; D.B. emails me the following with photographs:

Dear Neil,
"In a barn in the Upper Michigan Penninsula in December of 2019, I found the original Santa Fe train from Kiddy Town in Norridge. A lot of money lighter and two trailers of train cars later I brought them home to Greenville, IL, to the American Farm Heritage Museum where the train is now undergoing restoration. I am desperately seeking photographs of the train, I only know of the one in your history blog." 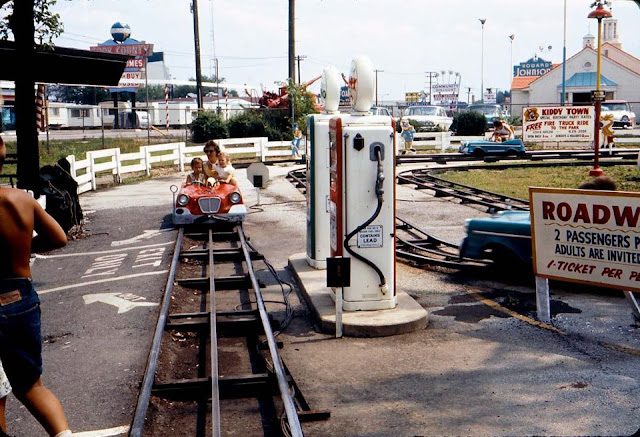 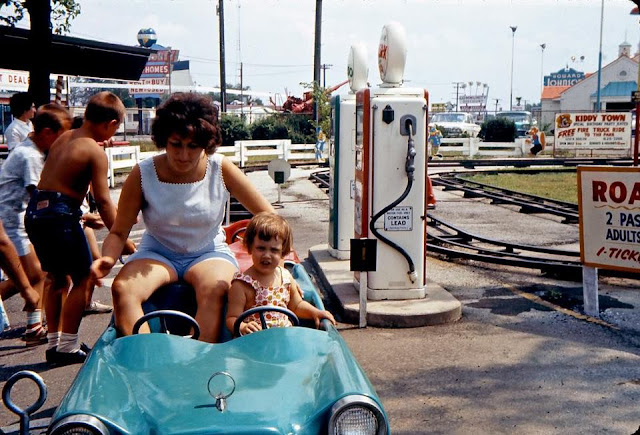 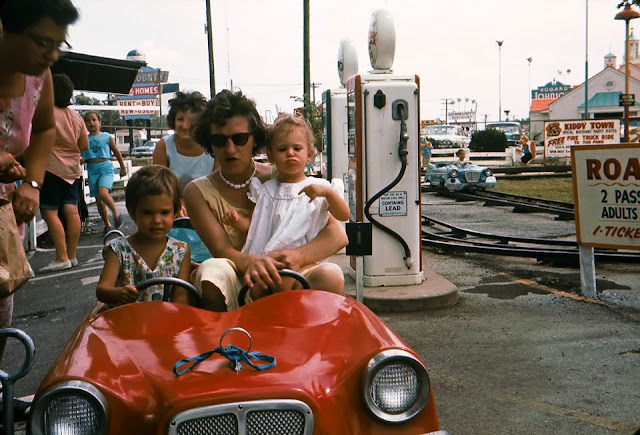