The Real Story about the Famous "Elliott's Pine Log Restaurant and Lounge" in Skokie, Illinois.

Chris Elliott purchased the property in 1938 for $38,000. The logs were shipped from Wisconsin. The restaurant was completed and opened in 1939 at the end of the great depression.

NOTE: The rumor of Elliott's Pine Log being a speakeasy, as stated on numerous websites online is false. Prohibition began in 1920 and ended on December 5, 1933. Elliott's Pine Log Restaurant and Lounge opened in 1939, six years after the end of prohibition. As rumor has it the speakeasy was really the "Morton House Restaurant" 8509 Railroad Avenue, Morton Grove, Illinois, destroyed by fire on January 2, 1954."

The pine log building was nestled in three wooded acres that are beautiful in any season. No matter where you were seated in any of the four intimate dining rooms, you'd have a relaxing view of the picturesque outdoors through huge picture windows. 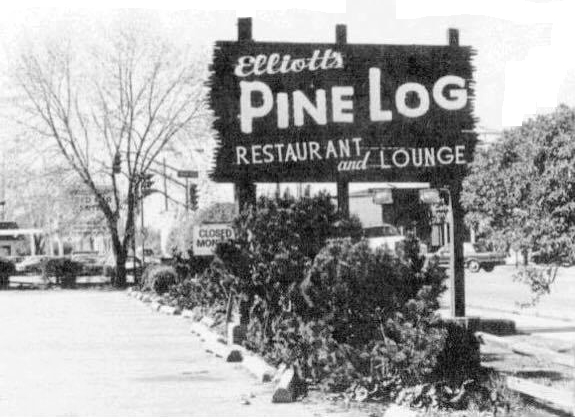 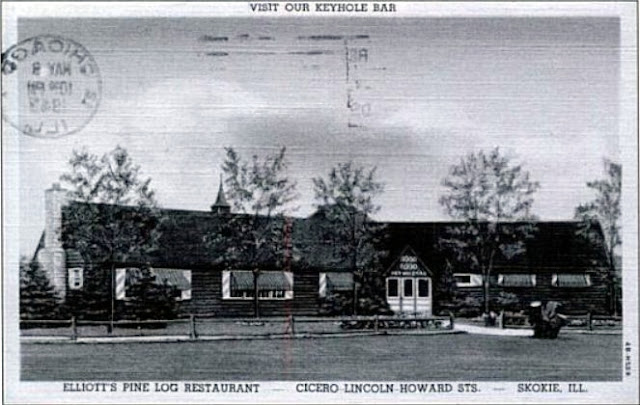 Chris built apartments above the restaurant for his parents to live in. Sometimes the kitchen help would use the apartments to rest and then go back on shift.
Elliott's specialties included; Roasted Duck, Broiled Aged Steaks, Fresh Dressed Chicken, among other great dishes. They hosted many Banquets, Showers, Wedding Parties, Bar & Bat Mitzvahs, and many company parties and meetings. 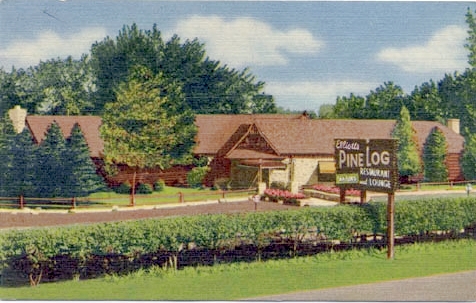 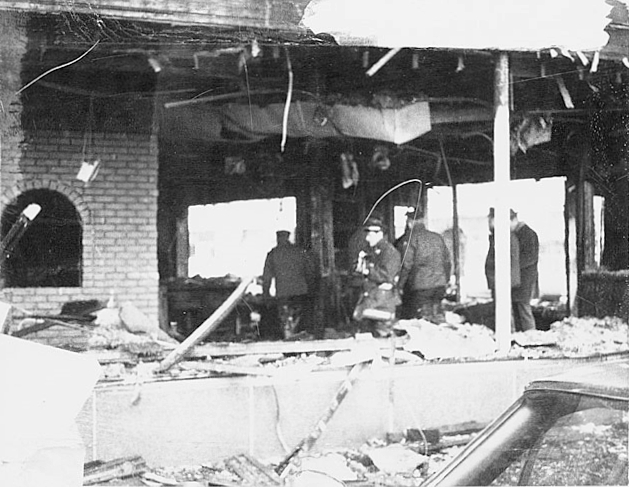 Mr. Anthony 'Tony' Gargano, the restaurant's manager, was a patient of my father, an Optometrist (O.D.). Tony always found the time to sit with us for a minute.

As the neighborhood changed in the 1980s, business dropped off, and the Pine Log was closed. There was a public auction held of all the restaurant's equipment, fixtures, antiques, collectibles, seating, etc., in Chicago on June 25, 1988.
To this day, I compare my fond memories of Elliott's roasted duck to every other roasted duck dish I have ordered since. Still — None Better!
Construction of two mid-rise condominium buildings on the Pine Log's property began in August of 1988. The Park Lincoln, as it was named, has 70 units. 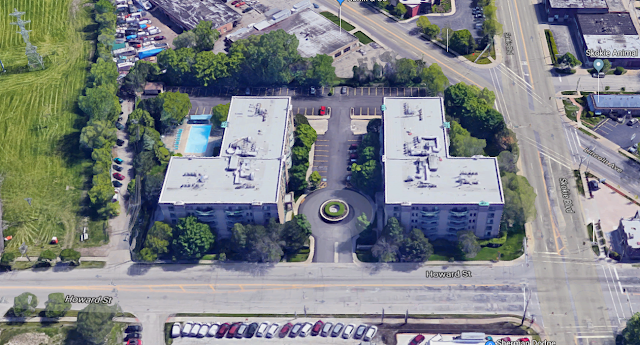 Both Alex Elliott and Greg Elliott were Chefs at Elliott's Pine Log.
ALEX ELLIOTT
After the Pine Log closed in 1988, Alex Elliott, Chris Elliott's son, did some restaurant consulting, turned down a lot of offers to partner in restaurants, and continued to raise Black Angus cattle at the family home/farm in tiny Ringwood, Illinois, near Wonder Lake, until moving closer to Chicago.
But the restaurant business is like a narcotic and he decided to get back into that precarious racket, opening "Elliott's Seafood Grille & Chop House," 6690 North Northwest Highway, in the heart of Chicago's Edison Park neighborhood, in 2001. "I did not do this to become a millionaire," Alex says. "I wanted the place no more than 15 minutes from where I live, and only wanted to do dinners. I wanted an upscale neighborhood place where I could enjoy the customers." That is what he created, a charming spot; sophisticated and laid back. The bar business is steady and lively. The dinner crowd is a nice mix of ages and occasions.
GREG ELLIOTT
A message from Chris Elliott-Bagley: "Hi Neil. Yes, Greg Elliott is my first cousin."
In 1991, Greg Elliott reopened Lake Side Inn as Elliott’s Grand Hotel in Wauconda. He says that when he bought the hotel, the building was “slipping into the lake.” Highland Park architect Mark Knauer was hired to recreate the interior, which involved taking everything out except the bar and making the building structurally sound. He hasn’t had that restaurant for years. 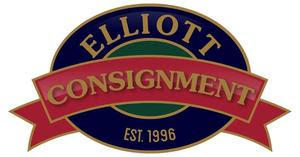 In 1996 he and his wife opened a Consignment Shop in Chicago's Lake View neighborhood and later a second shop in Lincoln Park.
WAS THE PINE LOG A SPEAKEASY?
The rumor of Elliott's Pine Log being a speakeasy, as stated on numerous websites online, is false. Prohibition began in 1920 and ended on December 5, 1933. Elliott's Pine Log opened in 1939, six years after the end of prohibition.
The "Morton House" Restaurant (est.1869) at 8509 Railroad Avenue in Morton Grove, Illinois, was reported to be a speakeasy during prohibition. Click the link to find out. This building was destroyed by fire in 1954." The Morton House was rebuilt.

Another speakeasy rumor circulated about the Charcoal Oven Restaurant at 4400 Golf Road in Skokie. It couldn't have been a speakeasy because it opened in 1948, 15 years after prohibition ended.
INDEX TO MY ILLINOIS AND CHICAGO FOOD & RESTAURANT ARTICLES.
Copyright © 2017 Dr. Neil Gale, Ph.D.
Visit Our Elliott's Pine Log Souvenir Shop 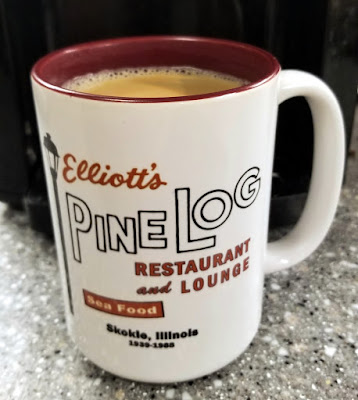 I loved the Pine Log so much that I recreated my favorite logo of Elliott's Pine Log Restaurant and Lounge. This is my 15oz mug. It's high-quality and heavy, and the printing doesn't wash off or fade, even after 5 years of dishwasher sterilization with high-heat drying. Many mug styles and colors to choose from and other items.

A NOTE ABOUT ANTI-SEMITISM
Regarding the rumors of the Elliot brothers being anti-Semitic, nothing is further from the truth. About 80% of Pine Log's business, IN JEWISH SKOKIE, was, you guessed it, Jewish. I'm Jewish. My folks were Jewish, and they knew the Elliotts for a very long time. As a family, we ate at the Pine Log once or twice a month and for some special occasions for a good 20 years. They couldn't do enough to make our meal special, and I personally saw the wait staff treat others the same 5-STAR way. The Elliotts are a class act.

So, Jack Silverman writes this comment in a Skokie, Illinois, Facebook group when I posted this article in that group:

A COMMENT POSTED TO SILVERMAN: "If his aunt was asked to leave it may be because of the way she was dressed. Elliott's had a dress code back then. She could have had too much to drink and was asked to leave because she was intoxicated. Perhaps she was embarrassed that she got asked to leave and played 'the Jew card.' But I can assure you that her getting booted, if true, had nothing to do with being Jewish!!!"  Chris Elliott-Bagley, November 16, 2020.