Postcards Regarding the Chicago Meatpacking Industry.

On October 9, 1907, Robert Bacon, serving as the Assistant Secretary of State before he was appointed Secretary of State on January 27, 1909, wrote a letter to the U.S. Ambassador to the United Kingdom, Whitelaw Reid.
The letter discussed the circulation of postcards in South Africa attacking Chicago's meatpacking industry. Messrs. Armour & Company, in bringing the matter to the Department's notice, state that these cards are working great harm to their business.

To meet the wishes of Messrs. Armour & Company, the Department trusts your good judgment to bring the matter as appropriately and emphatically as you may to the attention of the British Government.
Robert Bacon
Assistant Secretary of State 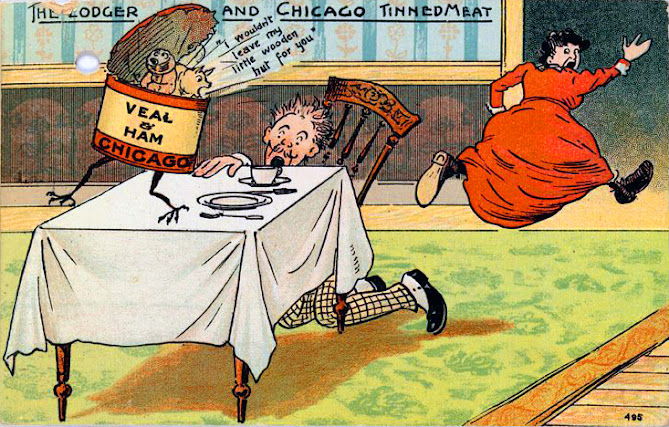 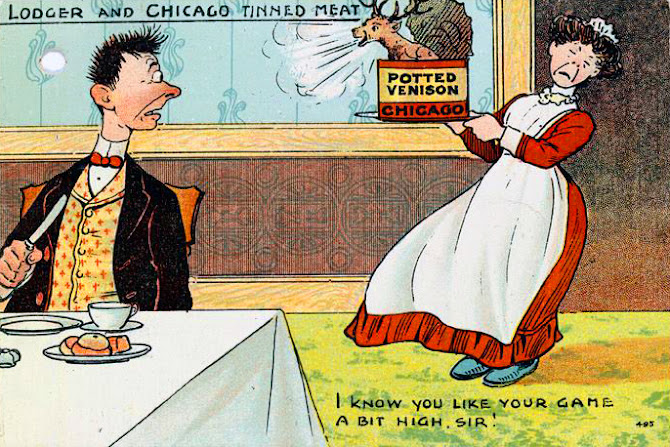 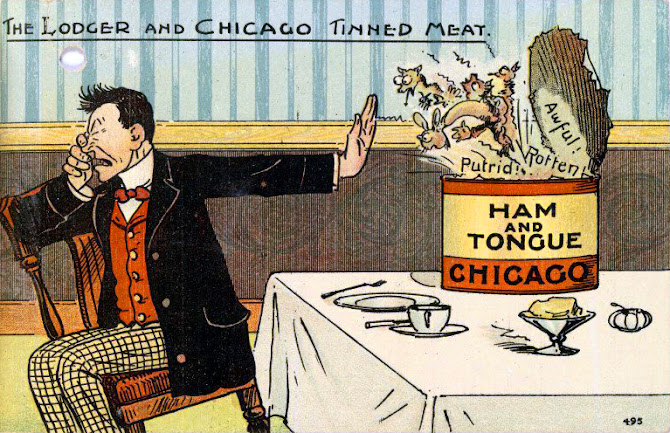 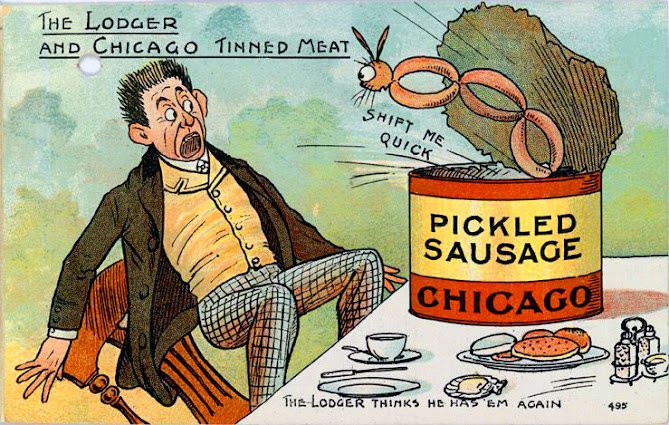 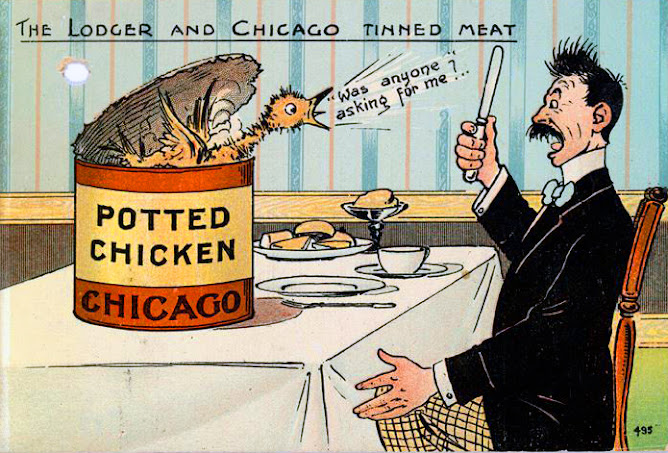 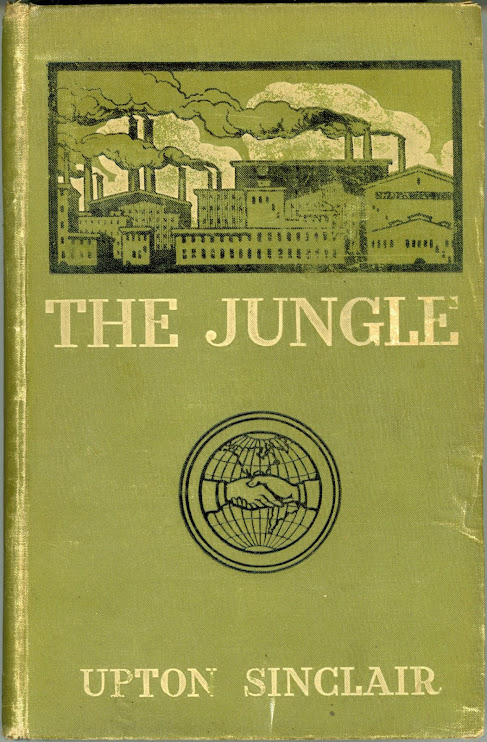 The book "The Jungle" by Upton Sinclair was published serially (by chapter) in 1905 and as a single-volume book in 1906. This was the catalyst for the production of the postcards.
AUDIOBOOK [1 file - runtime 7:39:44] — PDF BOOK
SUMMARY OF THE JUNGLE
Upton Sinclair’s novel, The Jungle, shocked respectable Americans in 1905. Repeated economic crises punctuated rapidly growing industrial output, casting millions of people out of work and onto the streets. Conventional thinking was that these events were transient phenomena and that hard work and clean living would deliver individual prosperity in time. Many Americans saw slums, vice, and squalor as signs of individual shortcomings – nothing more than new immigrants bringing bad habits and poor discipline with them from the old countries. The Jungle turned that way of thinking on its head.
The economic system Sinclair portrayed took decent, hard-working immigrants and stripped them of their savings, health, dignity and frequently their lives in pursuit of shoddy, unsafe consumer products. It rewarded crime and political corruption while crushing anyone foolish enough to demand fair treatment and a decent life. Unfortunately, Sinclair’s exposé of meat processing conditions in Chicago was the only part of his novel to truly upset respectable Americans’ stomachs. Food safety standards were raised quickly, but improving working conditions would take decades longer. More than one hundred years on, the same questions of food quality and exploitation of the many for the benefit of a few once again resonate in debates on inequality, processed foods, and pesticide residues.
Compiled by Dr. Neil Gale, Ph.D.
Presented by Dr. Neil Gale, Ph.D. at 1/07/2023 05:53:00 PM