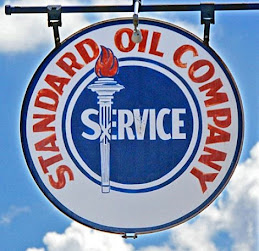 In 1868, John D. Rockefeller formed the Standard Oil Company in Pittsburgh, Pennsylvania. This was the beginning of the Standard Oil Trust Company, which would soon dominate oil refineries and gas stations around America.
In 1890, the Standard Oil Company set up its first company in Illinois.
In 1932, a contractor, Patrick O'Donnell, purchased a small parcel of land along Route 66 in Odell, Illinois. There he built a gas station based on a 1916 Standard Oil of Ohio design, commonly known as a domestic-style gas station.
This "house with canopy" style of the gas station gave customers a comfortable feeling they could associate with home. This association created an atmosphere of trust for commercial and recreational travelers of the day. 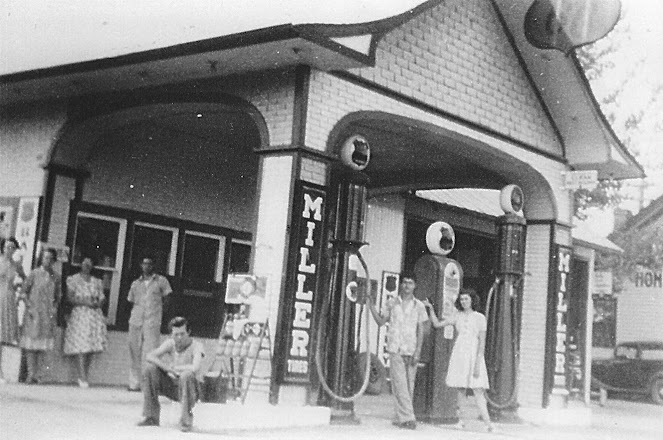 The station originally sold Standard Oil products, but after O'Donnell leased the property to others, the station began selling Sinclair and the now famous Phillips 66. 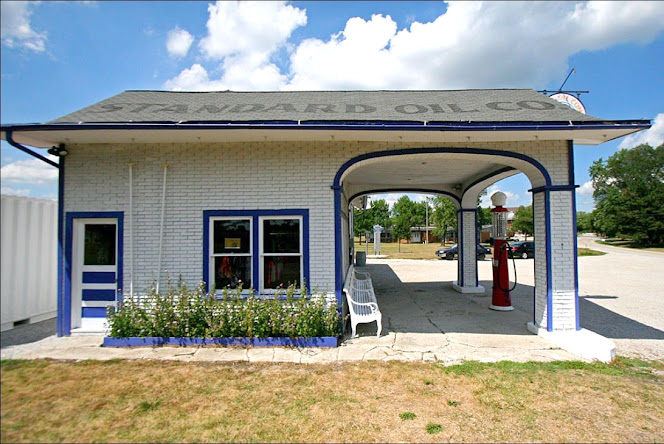 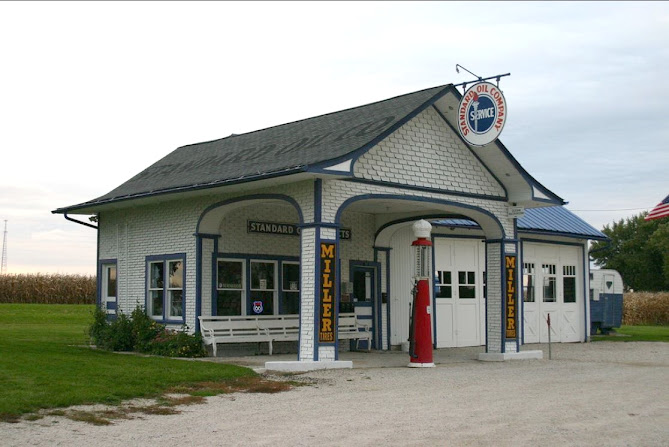 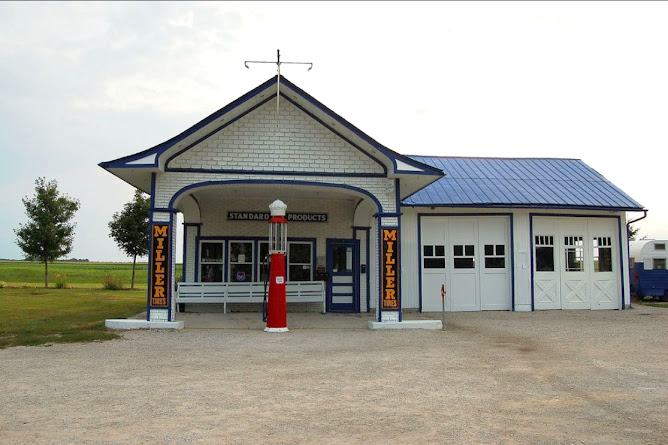 In the late 1940s, O'Donnell added a two-bay garage to accommodate repair services, which was necessary to stay competitive with the nine other stations that occupied the short stretch of Route 66 through Odell. The gas station was in constant use during the heyday of travel on Route 66. It was a welcomed rest stop for weary travelers and a place for the kids to get out and stretch their legs.
The station sold gasoline until the 1960s and then became an auto body shop until the late 1970s when it closed its doors for good. It fell into disrepair and would have been destroyed had it not been for the town of Odell and the people who loved their gas station. In 1997, the station was listed in the National Register of Historic Places. Then, thanks to a collaborative effort, the Illinois Route 66 Association, the Village of Odell, the Illinois State Historic Preservation Office, the National Park Service Route 66 Corridor Preservation Program, and Hampton Inn Landmarks restored the station to its former glory. A Standard Oil sign hanging from the roof swings gently in the warm breeze, and an old-fashioned gas pump looks ready to serve the next customer. Although Odell's Standard Oil Gas Station no longer sells gasoline, it has become a welcome center for the Village of Odell.
The station won the National Historic Route 66 Federation Cyrus Avery Award in 2002 for the year's most outstanding Route 66 preservation project.
Compiled by Dr. Neil Gale, Ph.D.
Presented by Dr. Neil Gale, Ph.D. at 11/04/2022 03:14:00 PM