The First Elongated Coin Souvenirs in America were at Chicago's 1893 World's Columbian Exposition.

It's generally accepted that the first elongated coins in the United States were sold at Chicago's 1893 World's Columbian Exposition. A commemoration of the 400th anniversary of Christopher Columbus's discovery of America.
Coins were rolled through a hand-cranked machine with two die rollers with a reverse-engraved image cut into one of the steel rollers. Regular coins are run between the rollers with over 20 TONS of pressure, causing the "elongated" shape of the coin. Elongated coins came in all denominations, including blank tokens and foreign coins. In the U. S. the 1¢ penny was the most common coin and was sold as souvenirs.
The penny roller takes a different approach, with a purpose-built machine that 'eats' a coin, usually of a small or inexpensive denomination and then 'presses' the coin out between two rollers, engaged by a set of large gears. The rollers are engraved with a design pressed into the elongated metal. This way, the inserted coin is both 'drawn out' while being imprinted.
The rolling of elongated coins seemed to be rather popular for the first 23 years of their existence, and a large amount was rolled between 1893 and 1916. Then for some unknown reason, there was a slack period between 1916 and 1932. After 1932 momentum seemed to regenerate, and the number of coins rolled had steadily increased. In the 1970s, there was a resurgence of penny rolling innovation, with automated penny rolling machines appearing in popular amusement parks, zoos, and museums.
In recent times, many of us have watched or personally placed a penny on a train track, watched the train go by, then search for the flattened penny beside the track. In this case, the penny gets stretched and elongated into random shapes. Still fun.
Compiled by Dr. Neil Gale, Ph.D.
Buy Souvenir Coins at the Fair.
We'll Stamp Any Coin You Present. 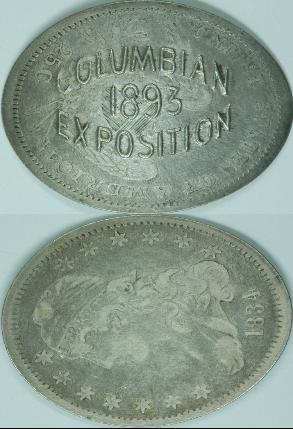 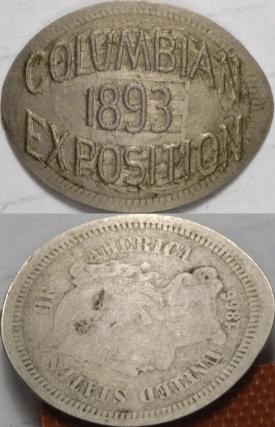 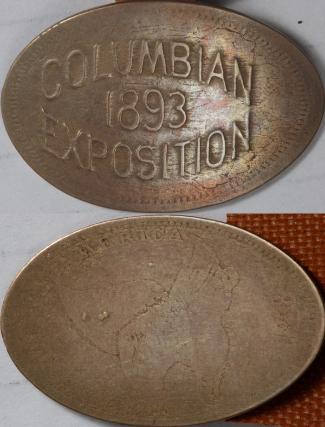 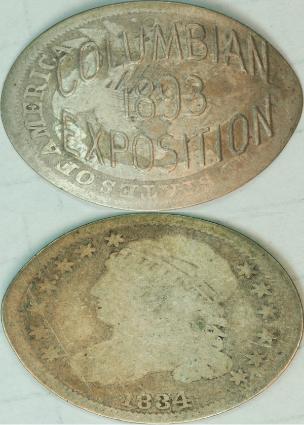 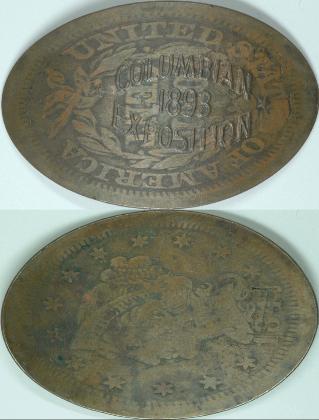 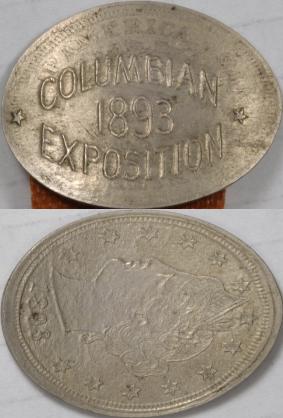 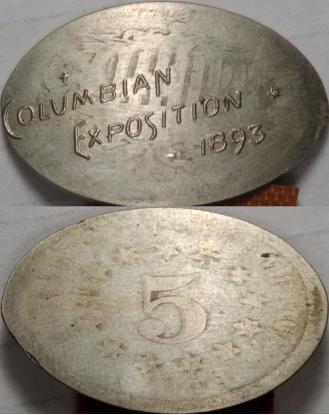 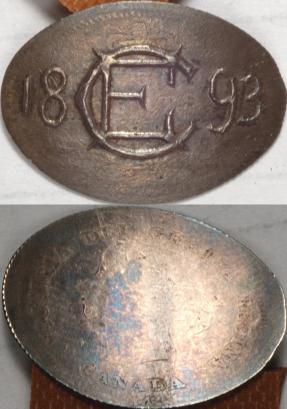 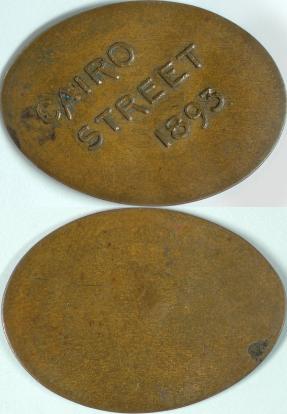