Two Rialto Theatres, open same time 2 blocks from each other in Chicago's Loop.

Not to be confused with the other Rialto Theatre located a couple of blocks away at 336 South State Street, which was also a burlesque theatre. See below.

This was seemingly always a seedy joint. Opened in 1906 for the Jones, Linick & Schaefer circuit as the U.S. Music Hall, it was shut down briefly in 1916 for indecency, as it was always a burlesque house. In 1922 an abandoned baby was found there; in 1932 there was a rapist and killer caught there; over the years gambling was broken up, mob links were found, and it was shut down repeatedly.
By 1934 it had become the State-Harrison Theatre. By the mid-1940s, it had changed to a  burlesque theatre before the city shut it down at the end of 1954 for lewd conduct. By 1967 it was called the Rialto Theatre, probably for the associations, people had with the old Rialto Theatre a couple blocks north, when it was shut down again.
It reopened in 1971. In November 1974 it closed briefly after being a victim of a series of coordinated bombings of Chicago adult movie houses - the Rialto Theatre, Follies Theatre, Newberry Theatre, and the Bijou Theatre were all victims. It soon reopened but was shut down for good a few months later in 1975 as part of a code crackdown that shut a number of adult theatres. 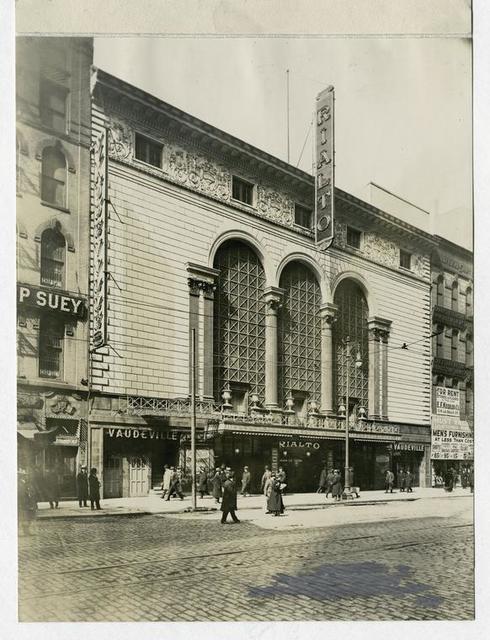 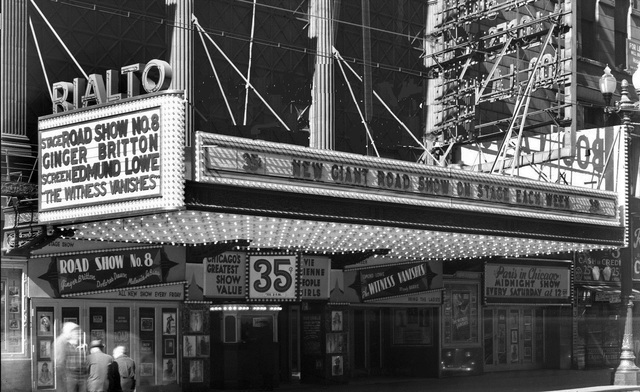 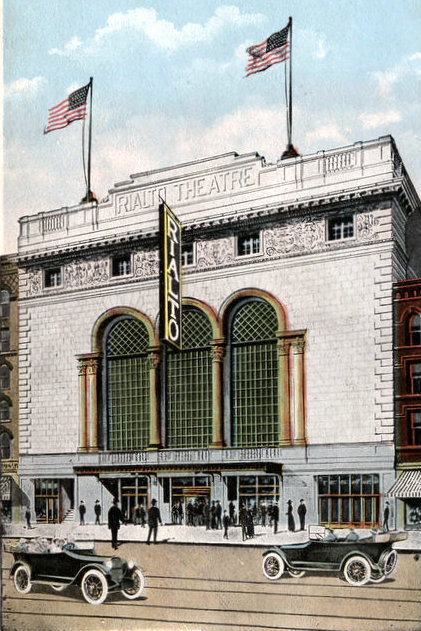 For many years, a large two-level parking garage sat on the site of this theatre, but today, the University Center of Chicago is on the site with dormitories and retail space.
Rialto Theatre, 336 S. State Street, Chicago, IL, in the South Loop neighborhood of the Loop community. (1917-1953)

Not to be confused with the other Rialto Theatre located a couple of blocks away at 546 South State Street, which was also a burlesque house and adult movie theatre. See above.

The Rialto Theatre opened in 1917 as a venue for vaudeville and motion pictures, near the corner of State and Van Buren Streets.
The theatre was designed by the architectural duo of Marshall & Fox, who also designed the earlier legitimate Blackstone Theatre (now the Merle Reskin), the Blackstone Hotel, and later, Chicago’s famed Drake Hotel.
This mid-sized venue was located directly across the street from the Neo-Classical style department store building that began its life as Rothschild’s, then the Davis Store, then Goldblatt’s, and is today the Loop campus of DePaul University. By 1930 it was Minsky’s Rialto Theatre presenting burlesque.
From November 7, 1931, it was renamed "Loop End Theatre" presenting vaudeville & movies. From September 1, 1944, it was the "Downtown Theatre," it later reverted back to the "Rialto Theatre" name and closed on December 31, 1953.
It was demolished in January 1954. It was replaced by a handful of small one-story retail stores (“taxpayers”), which in turn were also torn down in the late 1980s and early 1990s, replaced by Pritzker Park, which is on the site today. 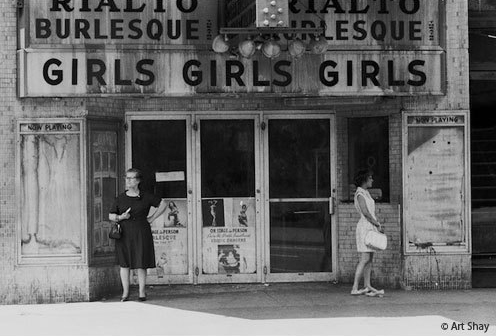 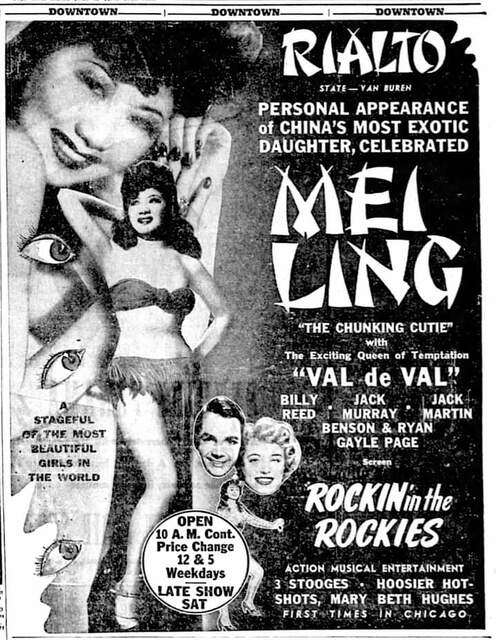