Lincoln did not have much of a religious life of his own to speak of. His stepmother, Sarah Bush Johnston Lincoln, would tell Lincoln’s biographer and law partner William Henry Herndon that “Abe had no particular religion” as a youth, and “didn’t think of that question at that time, if he ever did,” or at least “never talked about it.” It was not from ignorance. The young Lincoln “would hear sermons preached, come home, take the children out, get on a tree stump or log, and almost repeat it word for word,” and do it so convincingly that he could make “the other children, as well as the men, quit their work” to listen to him. But it was all pure mimicry.

NOTE: "After the Little Pigeon Church (Pigeon Creek [Baptist] Church was founded on June 8, 1816, the year that Thomas Lincoln and his family moved from Kentucky and settled on Little Pigeon Creek in what was then Warwick County, Indiana Territory.) was built Abraham was given a job which required his attendance whenever the church was open. On June 12, 1823, Thomas Lincoln became one of the trustees of the church, along with Reuben Grigsby and William Barker. This put Thomas in a position to recommend someone to take care of the meetinghouse, keep it clean, and provide firewood and candles. Abraham who was fourteen years old at that time was employed as sexton[1]. How long Abraham served as sexton we do not know. His father continued as trustee for several years." —Lincoln's Youth, Indiana Years Seven to Twenty-one, 1816-1830, by Louis A. Warren.
I wouldn't call being a church custodian whose job required them to be present at church during services as "attending church." Abe, a church trustee's son, was employed for sexton services. There is no definitive proof of Abe participating as a parishioner.

Once Lincoln struck out on his own, he not only showed no interest in religion but an actual aversion to it. During his brief years as clerk and storekeeper in New Salem, Illinois, Lincoln preferred the reading of the most famous anti-religious skeptics of the day, Voltaire, Paine, etc., and wrote a short essay which was so scandalous in its contempt for religion that his neighbors morally compelled Mr. Lincoln to burn his essay book, on account of its infamy. 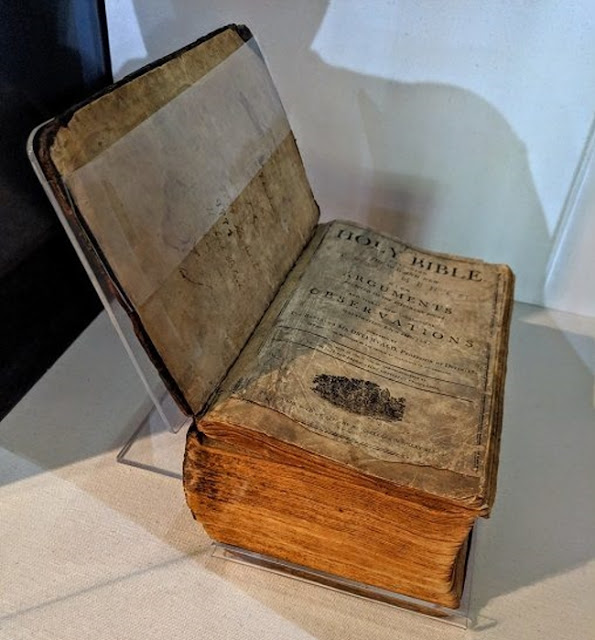 The Bible is an Oxford University Press edition of the King James Bible. Published in 1853, it has 1280 pages and measures approximately 6 inches long by 4 inches wide, and 1.75 inches thick, and is bound in burgundy red velvet with gilt edges. The back flyleaf of the Bible bears the seal of the Supreme Court of the United States along with a record of the 1861 inauguration. The Bible is not a rare edition. Lincoln owning this Bible makes it a priceless, one-of-a-kind Bible. 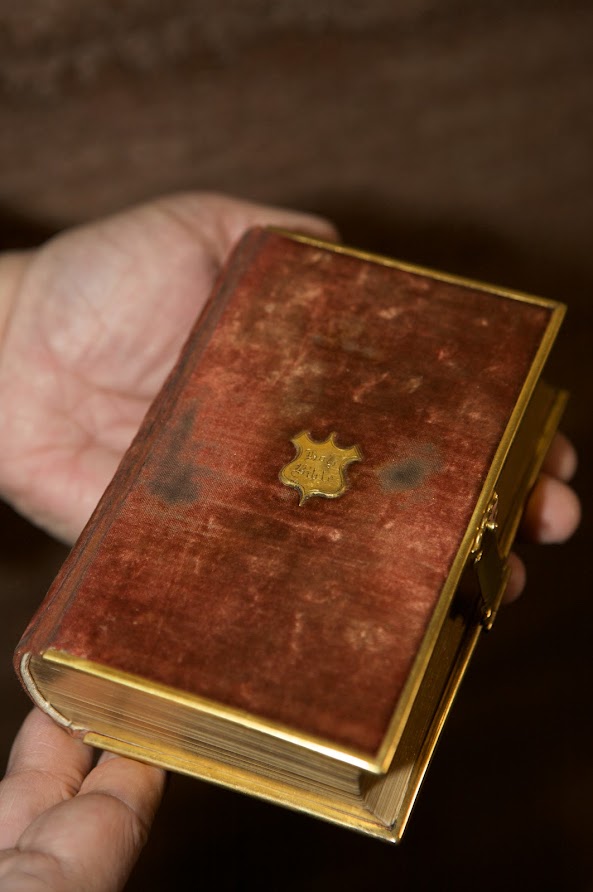 Abraham Lincoln reached Washington, D.C. for his inauguration in 1861. His belongings, including his Bible, had yet to arrive. William Thomas Carroll, the clerk of the U.S. Supreme Court, fetched a Bible that he kept for official use. This became the Lincoln Bible. Although the Bible remained with Carroll for a time, the Lincolns acquired it at an unknown time. The Bible later remained with the Lincoln family up until 1928, at which point Mary Eunice Harlan, the widow of Robert Todd Lincoln, donated it to the Library of Congress. When the Bible was donated, it contained markers at the 31st chapter of the Book of Deuteronomy and the fourth chapter of the Book of Hosea. Barack Obama chose this Bible for his inaugurations in 2009 and 2013. The Bible was on display at the Library of Congress from February to May of 2009 in a celebration of the bicentennial of Lincoln's birth. The Bible was used to swear in Carla Hayden as the 14th Librarian of Congress on September 14, 2016. Donald Trump was sworn in on this Bible topped by, what he claimed, was his childhood Bible at his inauguration on January 20, 2017.
Compiled by Neil Gale, Ph.D.

[1] Sexton: Church custodian charged with keeping the church and parish buildings prepared for meetings, caring for church equipment, and performing related minor duties such as ringing the bell and digging graves.
Presented by Dr. Neil Gale, Ph.D. at 10/16/2020 07:10:00 PM