The Wide-Awake Political Party was a youth organization cultivated by the Republican Party during the 1860 presidential election. 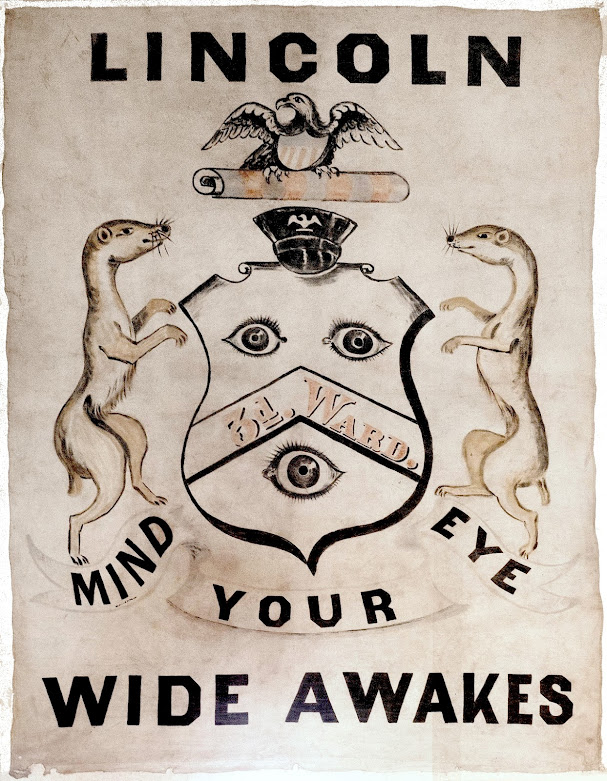 In 1858, young men from Hartford, Connecticut, organized bodyguards for Republican candidates campaigning through the streets of the Democratic city. They called themselves the Wide-Awakes. Two years later hundreds of thousands of Wide-Awakes in military gear were practicing infantry drills, marching in torchlight parades, and helping to elect Abraham Lincoln. Their drills became so ubiquitous that when a minor earthquake struck Boston, many assumed it was just the Wide-Awakes marching on the Common. They liked military regalia and wore military-style caps and sashes along with shiny oil-cloth capes. The capes protected them from the leaky, six-foot whale oil torches they carried on parade. The spectacle of large, torch-bearing paramilitary units supporting Abraham Lincoln alarmed southerners. To them, the Wide-Awakes represented northern aggression.
In March of 1860, five young Wide-Awakes went to hear Abraham Lincoln speak at Hartford City Hall. He said he opposed slavery and supported workers’ rights to strike. The young men liked what they heard, and after the speech, they escorted him by torchlight to the home of Mayor Tom Allyn. The Lincoln campaign team knew a good thing when they saw it. They started to organize Wide-Awake clubs for young Republican men to register and to get out the vote. 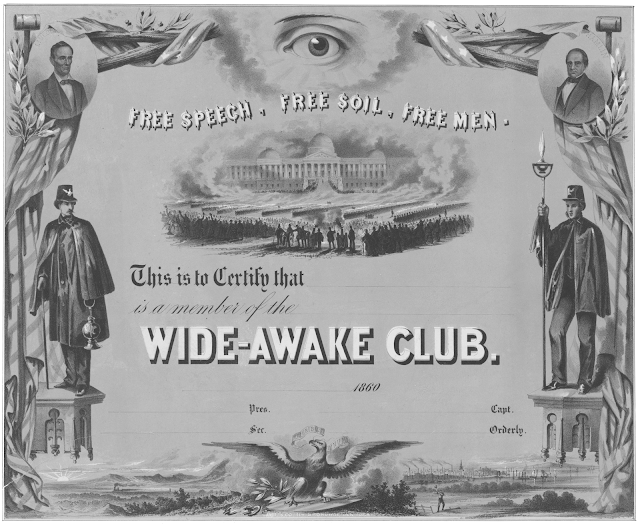 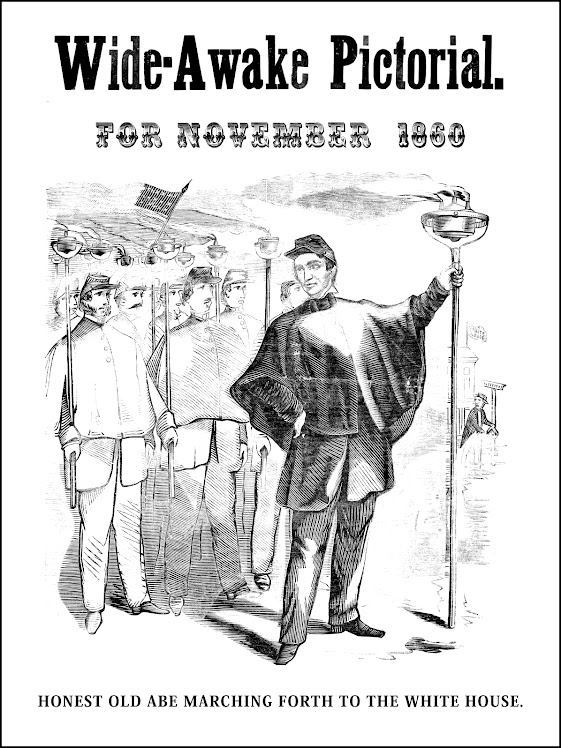 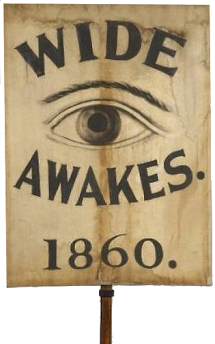 As the election neared in October, 10,000 Wide-Awakes marched in a torchlight procession three miles long. The Chicago Tribune devoted eight columns to the spectacle. The Democrats tried to find an answer for the Wide-Awakes. They formed their own marching clubs, called the "Ever Readys," Douglas Guards, Little Giants, and Invincibles. But none of the Democratic clubs matched the impact of the Wide-Awakes. By November, the club had hundreds of thousands of members. Some estimates put their numbers at 500,000. Contemporary politicians credited them with bringing young voters into the Republican fold.
After Lincoln won the presidential election, some of the Wide-Awake companies disbanded. Others offered to escort him to Washington. Southerners viewed their persistence with alarm, thinking it a prelude to an invasion of their region. South Carolinians formed Minute Men militias to counteract the Wide-Awakes. Perhaps the southerners weren’t far wrong. When the Civil War broke out, 80% of the original Hartford company volunteered for military service.
Republicans bragged that they had Wide-Awake chapters in every county of every Northern (free) state. By the day of Lincoln's election as president, there were 500,000 Wide-Awake members and new, young voters into the Republican fold. The group remained active for several decades.
Compiled by Dr. Neil Gale, Ph.D.
Presented by Dr. Neil Gale, Ph.D. at 9/14/2020 01:04:00 PM