Portrait of Abraham Lincoln that was used as a campaign badge (buttons) during the 1860 presidential election. 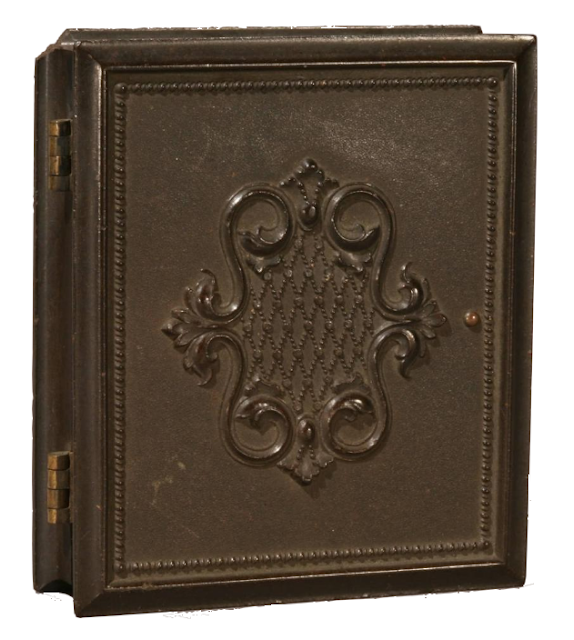 This ambrotype shows a bust portrait of Abraham Lincoln with no beard. The image is based on a photograph of Lincoln taken by Mathew B. Brady on February 27, 1860. At this time, Lincoln was in New York City to give an address at Cooper Union sponsored by the Young Men's Central Republican Union of New York on the 27th of February. This organization held numerous speeches by prospective candidates for the Republican Party's Presidential nomination. Lincoln made a case for banning slavery in all new U.S. territories while leaving it in the exiting fifteen southern states. This moderate position speech can be seen as the beginning of his successful presidential campaign. 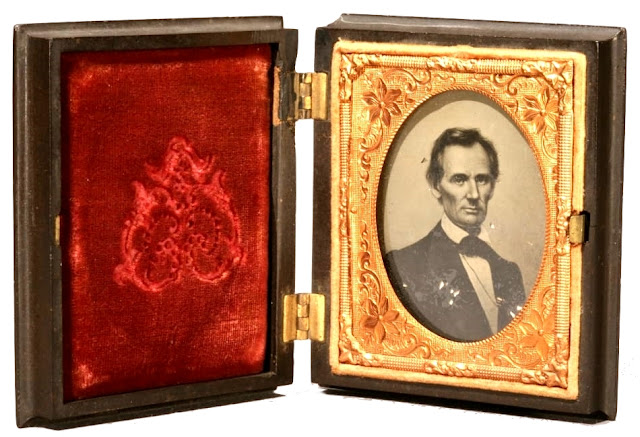 Used as a campaign badge during the 1860 Presidential election, the ambrotype is made of collodion emulsion on a glass plate. It was originally housed in an oval brass frame and pinned to one's clothing to show support for Lincoln's candidacy. The ambrotype was later housed in this union photographic case made of a dark brown thermoplastic, called Gutta Percha, which is formed under heat into fancy patterns. The front and back of the case have a diagonal crisscrossed pattern inside a nonpareil border surrounded by a scroll design. The information about the use as a campaign badge rests on the existence of two cards inside the case behind the ambrotype. The first card reads: "A.F Clough, Ambrotypic Artist Warren, N.H." The second card, oval-shaped and orange-colored, reads: "For President. Hon. Abraham Lincoln. Manufactured by Geo. Clark, Jr. & Co., Ambrotype Artists No. 59 Court Street Boston."
From The Henry Ford Collections.
Presented by Dr. Neil Gale, Ph.D. at 8/27/2020 07:47:00 PM

Email ThisBlogThis!Share to TwitterShare to FacebookShare to Pinterest
Living History of Illinois and Chicago® Abraham Lincoln, Famous, Government, Photograph(s) Only