An Interesting Incident with President Lincoln Signing the Emancipation Proclamation.

The roll containing the Emancipation Proclamation was taken to Mr. Lincoln at noon on the first day of January 1863, by Secretary Seward and his son Frederick. As it lay unrolled before him, Mr. Lincoln took a pen, dipped it in ink, moved his hand to the place for the signature, held it a moment, and then removed his hand and dropped the pen. After a little hesitation, he again took up the pen and went through the same movement as before. Mr. Lincoln then turned to Mr. Seward and said:

"I have been shaking hands since nine o'clock this morning, and my right arm is almost paralyzed. If my name ever goes into history it will be for this act, and my whole soul is in it. If my hand trembles when I sign the Proclamation, all who examine the document hereafter will say, 'He hesitated.'"

He then turned to the table, took up the pen again, and slowly, firmly signed Abraham Lincoln, with which the whole world is now familiar. He then looked up, smiled, and said: "That will do?" 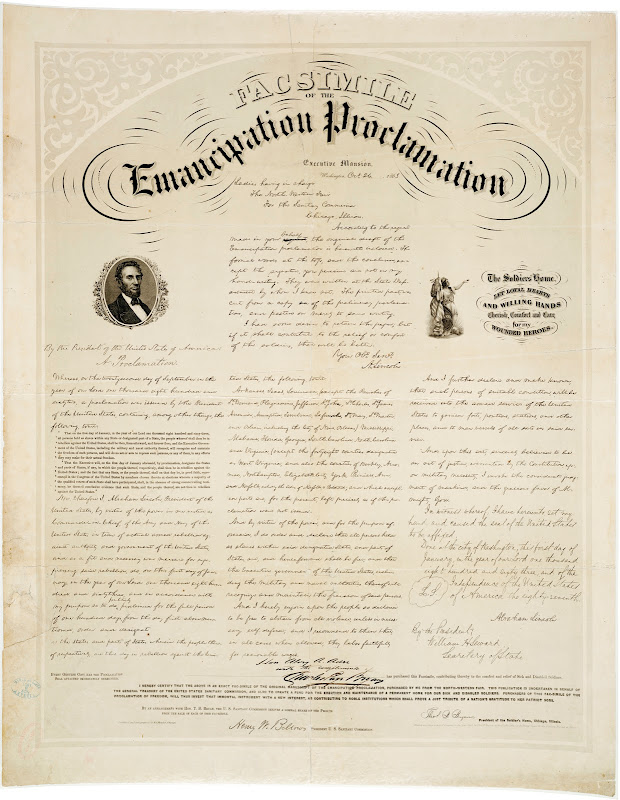