The Black Hawk War [aka: Sauk War], one of the Indian Wars, was fought in northwest Illinois and what is now southwest Wisconsin. The war was brief, lasting only from April 1832 to August 1832. Black Hawk, a Sac (aka: Sauk) chief, led a band of about 500 warriors against the U.S. Army, Illinois militia and American civilians. The conflict began with the controversial Treaty of St. Louis in 1804, in which the Sauk and Mesquakie (aka: Fox) tribes ceded 50 million acres to the United States for $2,234.50 plus a $1,000 per year annuity. 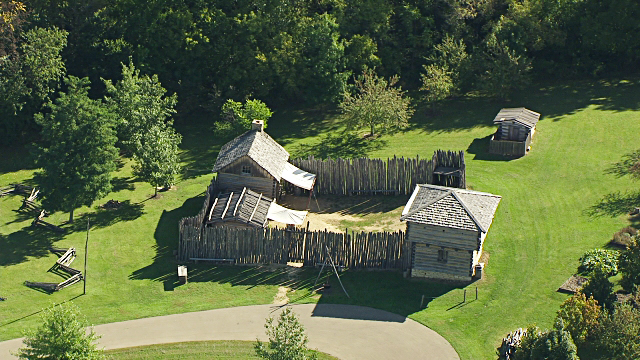 The discovery of lead in Galena during the 1820s brought many miners and settlers to the area, forming small communities thus pushing out the Sauk and Fox tribes. One such community was the Apple River settlement, which would become Elizabeth, Illinois. By 1827, several families and a general store made up the settlement. At the time, President Andrew Jackson was in office, and supported a number of actions against the Native Americans, including the Indian Removal Act of 1830[1]. Between the various laws and treaties, and the rising number of American settlers, Sauk and Fox tribes found themselves pushed across the Mississippi River into Iowa. 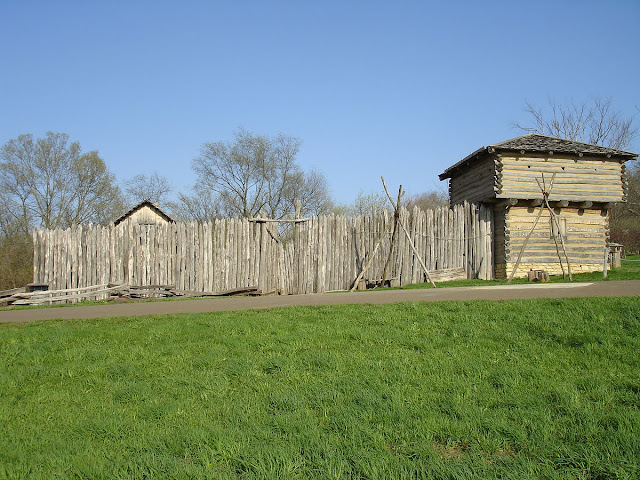 Black Hawk, who allied with the British against the United States in earlier conflicts, was determined to reclaim his people’s land. In April 1832, he brought 500 warriors and as many as 700 women, children, and the elderly up the Rock River. Governor Reynolds immediately called up the Illinois militia. Black Hawk saw early success against the Illinois militia in the Battle of Stillman’s Run. He continued north, raiding and burning various settlements along the way.

Many settlers left the area entirely. Others, including the Apple River settlement, built forts and other defenses. The Apple River Fort began as a small collection of structures on a hill, to which the settlers added the second floor of the blockhouse as well as a palisade wall around the buildings. During the day, settlers went about their daily lives, albeit always on guard, and retreated to the Fort at night or at the first sign of danger. 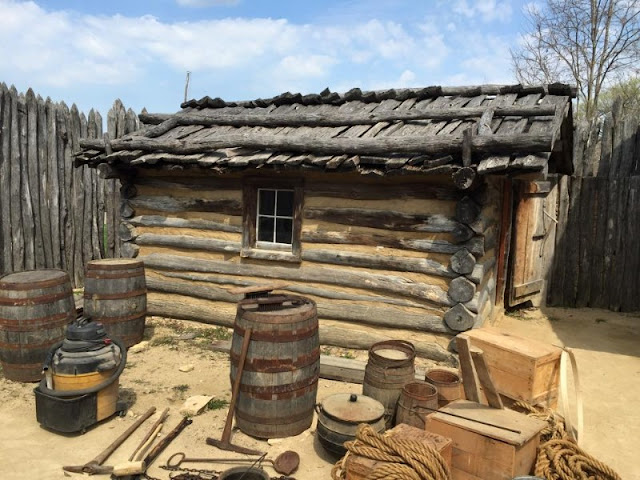 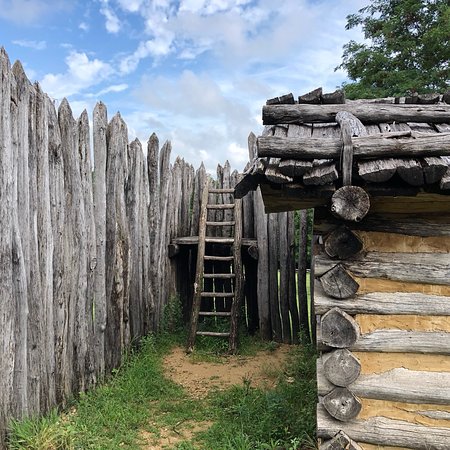 On June 24, 1832, a calm Sunday afternoon, four men (Frederick Dixon, George W. Harkleroad, Edmund Welch, and J. Kirkpatrick) rode from Galena to deliver dispatches for Henry Atkinson. They stopped for refreshments at the Fort before continuing on. About 500 yards away, they were fired upon by Black Hawk’s warriors, with one taking a bullet to the thigh. They hastily returned to the Fort, alerting the settlers to the incoming assault. 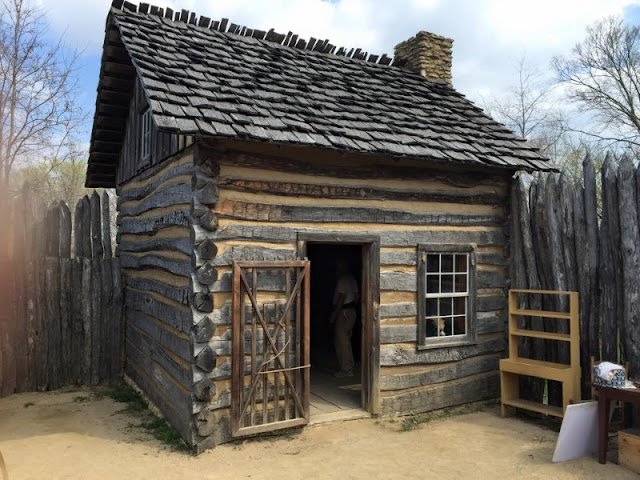 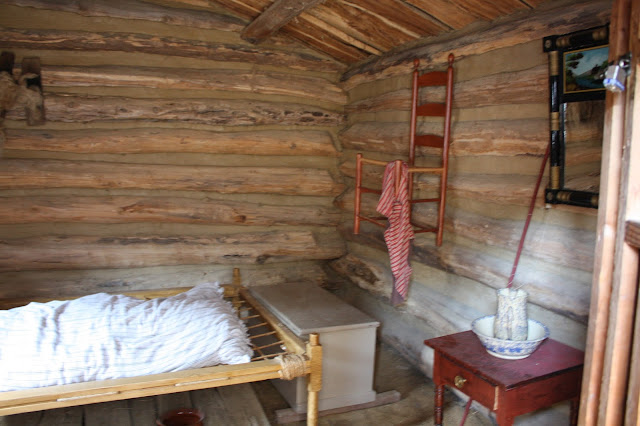 Black Hawk himself and 200 warriors attacked the Apple River Fort for about 45 minutes. Inside the Fort, the men kept a constant stream of fire, with women reloading the rifles and children molding musket balls and rolling cartridges. The women, especially Elizabeth Armstrong, were reportedly very brave and played a big role in the successful defense of the Fort. The village is said to be named in honor of the multiple Elizabeths at the Fort that day. Black Hawk, not expecting the Fort to be so well defended, raided nearby cabins for supplies and moved on. 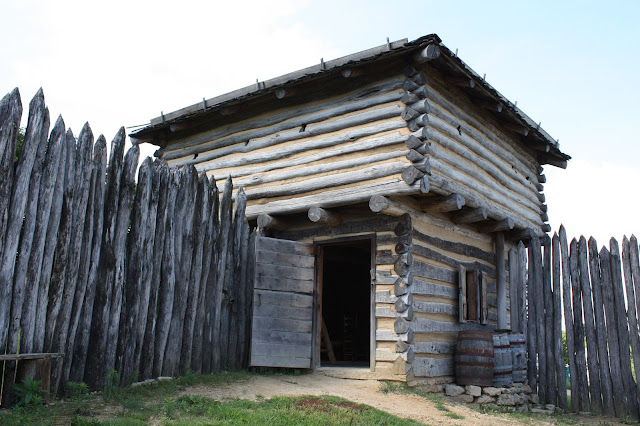 Of the 45 or so people inside the Fort, there was one death and two wounded; Black Hawk’s party suffered no losses. The Black Hawk War ended weeks later, with the Battle of Bad Axe (or Bad Axe Massacre). This final battle of the Black Hawk War took place on August 1st and 2nd of 1832, near present-day Victory, Wisconsin.

Apple River Fort saw no more battles and was torn down by 1847, the lumber was used for other purposes.

The Apple River Fort State Historic Site is owned and operated by the State of Illinois, managed by the Illinois Department of Natural Resources, Division of Historic Sites.

[1] The Indian Removal Act was signed into law by President Andrew Jackson on May 28, 1830, authorizing the president to grant unsettled lands west of the Mississippi in exchange for Indian lands within existing state borders. A few tribes went peacefully, but many resisted the relocation policy. During the fall and winter of 1838 and 1839, the Cherokees were forcibly moved west by the United States government. Approximately 4,000 Cherokees died on this forced march, which became known as the "Trail of Tears."

The Potawatomi have also suffered forced removal from Indiana to eastern Kansas, known as the "Trail of Death," which occurred from September 4th to November 4th of 1838. The caravan of 859 Potawatomi also included 286 horses, 26 wagons, and an armed escort of 100 soldiers who walked about 660 miles, from 8am to 4pm daily, eating only once per day in the evening. A few Potawatomi were left along the way due to typhoid from stagnant water found along the way. The forty-one Indians who died along the way were buried in unmarked graves.
Presented by Dr. Neil Gale, Ph.D. at 11/12/2018 01:19:00 PM