Presentism comments or posts are NOT ALLOWED in this group because it diminishes the value of the history being presented. Additionally, It does not teach our student body how to critically analyze history. The offending post or comment will be deleted and depending upon the severity, the member may be removed from the group.

NOTE: I present my articles without regard to race, color, political party, religion, national origin, citizenship status, gender, age, disability, or military status. What I present are FACTS — NOT ALTERNATE FACTS — about the subjects upbringing, childhood, education, employment, accomplisments, honors & awards, and interesting stories. What you won't find are rumors, lies, unfounded claims, character assassinations, hateful statements, insults, or attempts at being funny in my articles.

Because this article is about a modern day POLITICAN, please respect these policies if you wish to remain in the group!


Former President Barack Obama is still leading by example, showing his fellow citizens that when you get called for jury duty - no matter when or where you are - you show up. 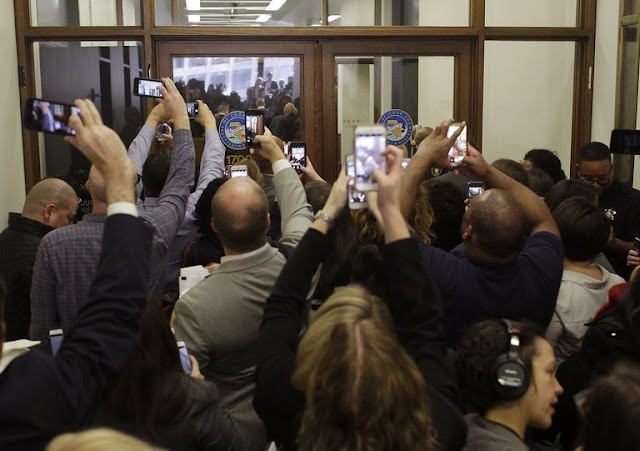 Mr. Obama returned to Chicago Wednesday morning, November 8, 2017, to report for jury duty at the Richard J. Daley Center at 50 West Washington Street along with his Secret Service detail, of course. Though he now lives in Washington D.C., the former president still has maintains a home in Chicago's Kenwood community (just north of Hyde Park) and got summoned to serve Jury Duty for Cook County. 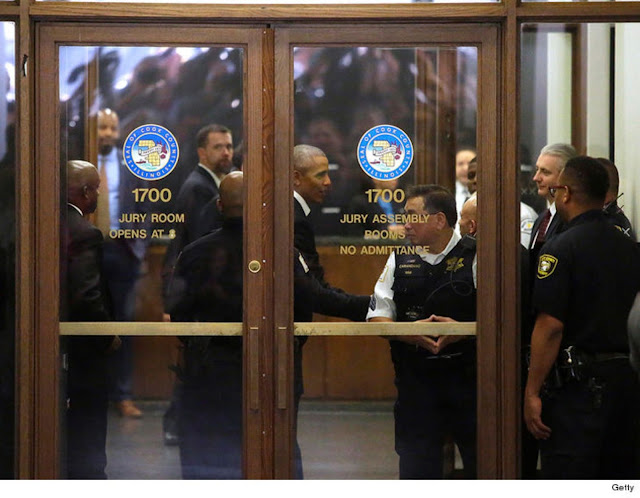 As you can see in this video, Mr. Obama went business casual in a white shirt and sport coat, and shook hands and cracked jokes with his fellow Chicagoans, while a Secret Service and security team stood guard.

Cook County is apparently the same place where Oprah Winfrey and Mr. T served their public duty, so world-famous jurors are par for the course, but Mr. Obama is the highest-ranking former public official to be called for jury duty in Chicago history. Unlike other former presidents George W. Bush and Bill Clinton, President Obama was selected for a jury panel.

According to CBS Chicago, Cook County Chief Judge Timothy Evans announced that Mr. Obama had been picked for a jury panel[1] that wasn't needed on Wednesday, and his entire panel was dismissed and got to go home that afternoon.

[1] The jury pool is first selected from among the community using a reasonably random method. A jury panel is then assigned to a courtroom where the prospective jurors for a pending trial are randomly selected to sit in the jury box. At this stage, they will be questioned in court by the judge.
Presented by Dr. Neil Gale, Ph.D. at 11/12/2017 06:43:00 PM