An Electroliner making its way along the North-Shore Milwaukee line, Chicago. 1954

The Electroliner, one of two, is on the North Side Mainline over Franklin Street. Depending on the date, those tracks were owned by the CTA based on the buildings, cars, and streetlight poles it's around 1954. The North-Shore Milwaukee line used the same tracks as the Brown and Purple Lines, but not the Red Line (emergency only). 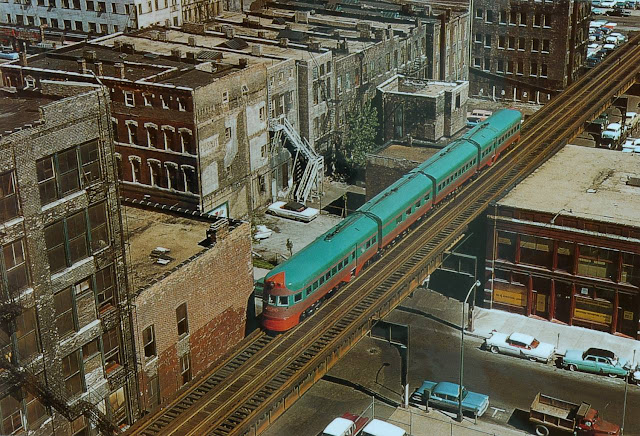 The North Shore Line leased trackage rights into Chicago from Dempster Street in Skokie, south to Roosevelt Road. From Dempster north to Milwaukee was owned by the CNS&M, except for the end in Milwaukee which traveled on street-level tracks, like a streetcar, which the original Shoreline Route also used through Wilmette from the end of the "L" at 4th and Linden. 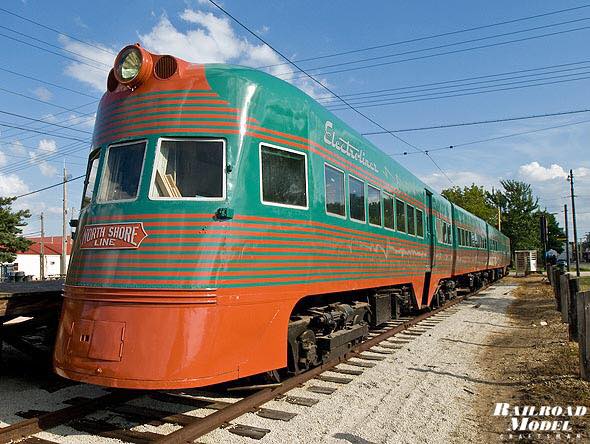