Illinois Senator Stephen A. Douglas (1813-1861) was known as “the Little Giant” because his political stature far exceeded his height of five-foot-four. Douglas had been a prominent national figure since his first election to the U.S. Senate in 1847. 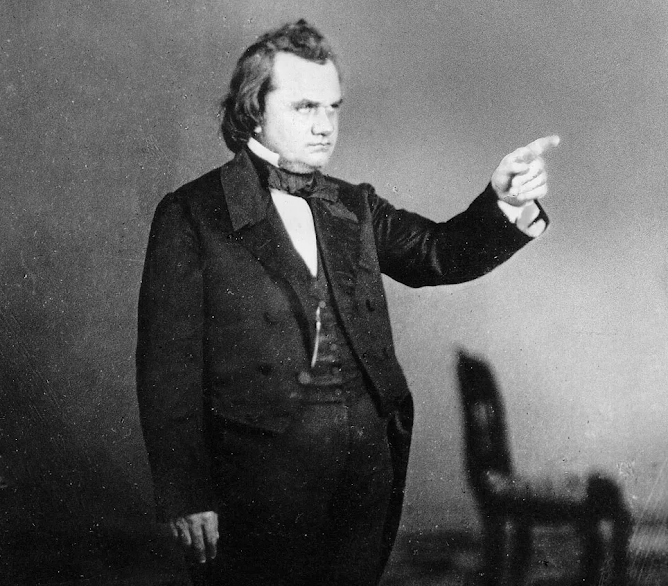 Douglas had erected a modest cottage on his lakeshore property at 636 East 35th Street in Chicago. He rented it to a tenant.

Douglas and his wife, Rose Adèle Cutts Douglas, took their usual rooms at the Tremont House III (1850-1871), at the southeast corner of Lake and Dearborn Streets, and prepared for a much-needed rest. The Tremont House III served as the Douglas‘ Chicago home for several years. Worn out from his efforts, his health quickly declined. He did not leave the hotel before dying a month later. Douglas died from typhoid fever at the Tremont on June 3, 1861, at the age of 48.
sidebar

Many online sources claim Douglas died at his "estate" at 636 East 35th Street in Chicago. Today, the peoperty is now the Stephen A. Douglas Tomb and Monument Park. 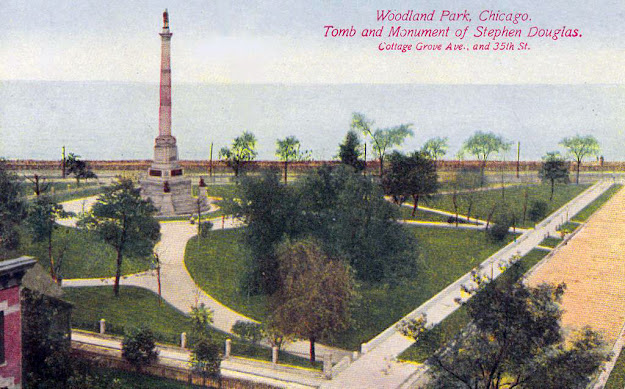