Clifford was an unincorporated community in northwestern Williamson County, about one mile north of the village of Colp. It is an early 20th-century mining settlement that has disappeared since the closing of local mines in 1923.
A post office was established on January 26, 1905, and it remained in operation until May 1935. Clifford had a large school at its peak around the time of WWI (1914-1918). The population reached over two thousand at one time. 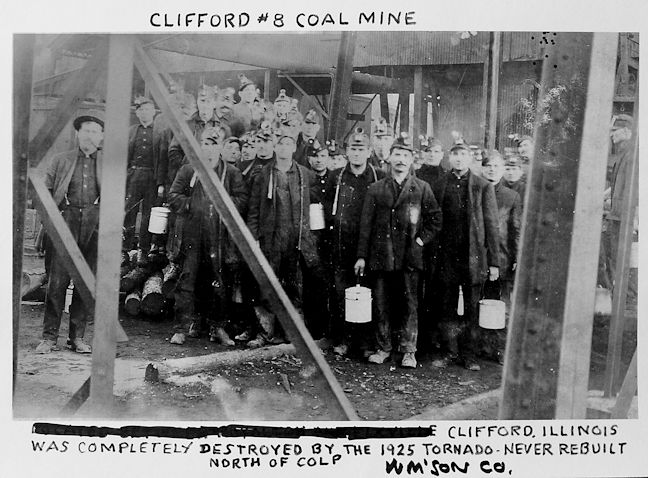 Email ThisBlogThis!Share to TwitterShare to FacebookShare to Pinterest
Living History of Illinois and Chicago® IL Southern, Lost Towns of Illinois