THE  TRIAL  BRIEF
William "Duff" Armstrong's trial is considered to be Lincoln's most famous case. By introducing an almanac into evidence, Lincoln proved that the witness who swore that he saw Armstrong kill a man at night under a full moon was lying.
Abraham Lincoln lived in the little town of New Salem, Illinois, for a while. He studied law while working in the local general store. One day, a local bully named Jack Armstrong challenged Lincoln to a wrestling match. Lincoln won the match and earned Armstrong's respect. Soon, Lincoln was a close friend of Armstrong and his wife, Hannah. When the Armstrongs had a baby, William, Lincoln used to rock the infant to sleep whenever he paid a visit.
Lincoln eventually left New Salem for Springfield, Illinois and had an eminently successful career in law and politics. Over 20 years later, in 1857, Lincoln learned that William Armstrong, now a grown man, had been charged with murder.
According to the authorities, an intoxicated Duff Armstrong murdered James Preston Metzker on the night of August 29, 1857. Jack Armstrong, the father, was dead, and Hannah Armstrong was a widow. Lincoln wrote Mrs. Armstrong and asked to defend her son:

I have just heard of your deep affliction and your son's arrest for murder. I can hardly believe that he can be capable of the crime alleged against him. It does not seem possible. I am anxious that he should be given a fair trial at any rate, and the gratitude for your long-continued kindness to me in adverse circumstances prompts me to offer my humble service gratuitously on his behalf.

Lincoln went to Beardstown, Illinois, where Armstrong was being tried. The trial was held on May 8, 1858. Lincoln was the defense lawyer, and the prosecutors were Hugh Fullerton and J. Henry Shaw. The judge was James Harriot.
The prosecution's case rested on the testimony of key witness Charles Allen, who said that on the night of the murder, he saw "Duff Armstrong strike Metzker under the light of a full moon. According to the notes of an eyewitness, Lincoln was calm, almost bored, while the prosecution made its case:

Lincoln sat with his head thrown back, his steady gaze apparently fixed upon one spot of the blank ceiling, entirely oblivious to what was happening about him, and without a single variation of feature or noticeable movement. 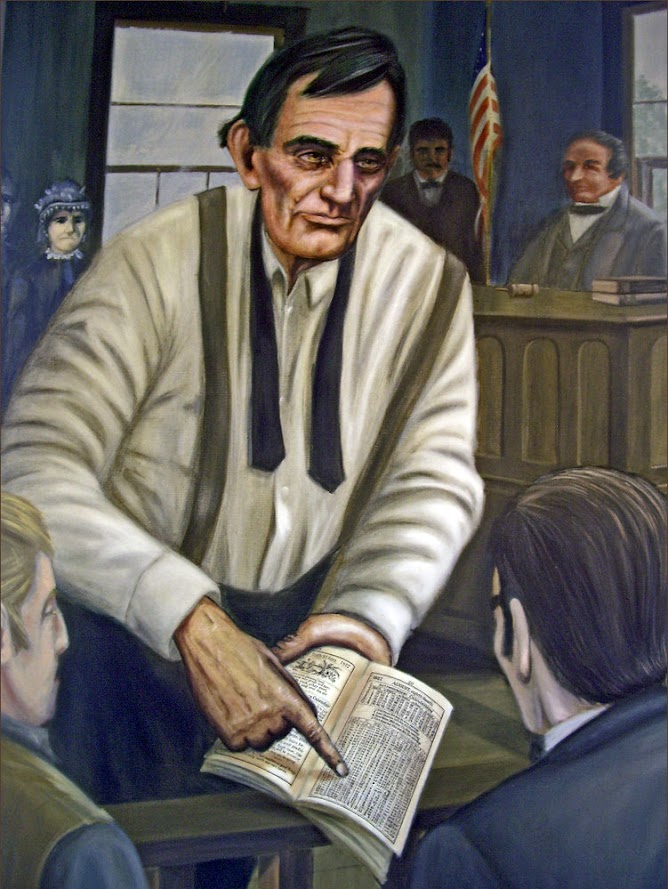 When it was his turn to cross-examine Allen, Lincoln asked Allen about the precise details of the night in question. Allen testified that on the night of August 29, 1857, there was a full moon and that from a distance of about 150 feet, he saw Armstrong kill Metzker. Allen further stated that the incident occurred at about 11:00 P.M.
With dramatic suddenness, Lincoln dropped his bored veneer and asked Judge Harriot for permission to enter an 1857 almanac into evidence. Judge Harriot granted Lincoln's motion, and Lincoln had Allen read the almanac entry for August 29, 1857. There was no full moon that night; there had been no moon at all by 11:00 P.M. Therefore, it would have been impossible for Allen to see anything from a distance of 150 feet. Allen had obviously lied under oath.
Armstrong's trial closed by the end of the day, and Judge Harriot had allowed the jury to look at the almanac and confirm their opinion that Allen had perjured himself.
After a passionate plea to the jury for Armstrong's freedom, Lincoln rested the defense. While the jury deliberated, Lincoln confidently predicted they would acquit Armstrong by sunset. He was right: after only one ballot, the jury's verdict was not guilty.
Lincoln won Duff's acquittal by convincing Judge Harriot to allow into evidence scientific data in the form of the almanac as to what the actual lunar conditions had been. This procedure is called judicial notice and is a common occurrence today. In the 1850s, however, it was a novelty because the judicial system relied almost entirely on witness testimony.
For what eventually would be regarded as his most famous case, Lincoln didn't charge "Duff or Hannah Armstrong one cent. Illinois' most famous lawyer, and ultimately one of America's greatest presidents, represented his case, Pro Bono.
THE TRUE STORY ABOUT THE ALMANAC LINCOLN USED IN THE MURDER TRIAL
OF
WILLIAM  "DUFF"  ARMSTRONG. 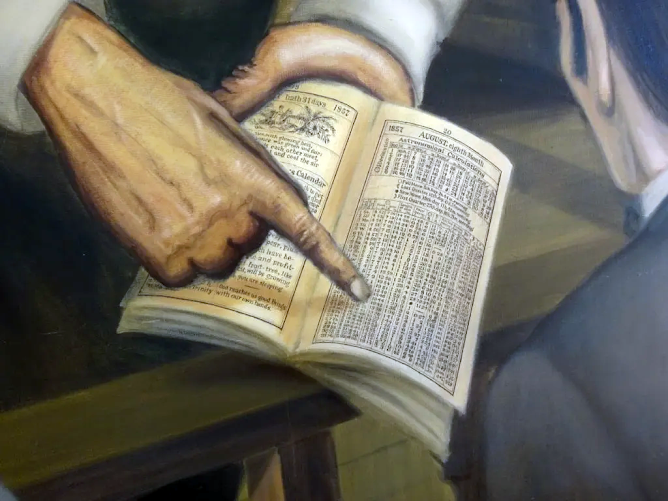 As a multi-credentialed Professional-level astrologer for 40+ years, I found this article to be totally fascinating! Your research (as usual) is impeccable! I am sharing this with my astrological friends.

I have often wondered about hearing of Lincoln's famous Almanac trial at Beardstown, Illinois, in defense of Duff Armstrong for the murder of James Preston Metzker at a camp meeting in Newmansville Township, Menard County, about 5½ miles due west of Petersburg, Illinois, on August 29, 1857, at about 10:00 P.M.
Why did no one take the trouble to clear Lincoln's name of false statements made by "news reporters," such as the following:

"Lincoln went to a drug store on State Street in Beardstown, Illinois, and procured several almanacs, which he took to his room in the hotel, and with them manufactured an almanac, which showed there was no moon on that night of the murder."
"This doctored almanac was introduced to the court and jury and resulted in the acquittal of the prisoner."

Let's refute all such false statements. Lincoln proved by a true almanac of 1857 that the moon was not on the 90° West Meridian at 10:00 P.M. the night of the murder. The principal prosecuting witness testified to seeing the fatal blow struck with a slingshot in the hands of Duff Armstrong by the light of the moon, which he swore was about where the sun was at noon the day of the murder.
The camp meeting grounds where the murder was committed near Latitude 40° north and Longitude 90° west.
The moon, I find, was on the 90° West Meridian at 7:44 P.M. on August 29, 1857. On August 29, 1857, the moon set at 12:51 P.M. Hence, the moon was within 69 minutes of setting. Therefore, it was at a low altitude. At that time, the moon's declination was nearly at its maximum south.
The camp meeting grounds were most probably sur- rounded with trees shutting off the moon's light at such a low altitude and south declination. On August 19, 1857, there was a new moon at 10:00 A.M., with a Longitude of 90° west. The first quarter was August 27, 1857, at 9:00 A.M., Longitude 90° west. The moon was two and one-half days past the first quarter. Hence, the moon was about ten and one-half days old, or about five days from a full moon.
Had the moon been on the Meridian of Longitude 90° west at 10:00 P.M., it would have shown fairly bright. Those Historians who said that there was no moon in sight at the time of the murder are all in error. At a public meeting in Beardstown, Illinois, in February 1909, the Ladies assigned to Mrs. Dr. Scheer the task of writing up the Armstrong trial on the occasion of the erecting of a tablet by the Ladies* Club of Beardstown, Illinois, February 12, 1909
I will now enumerate a few of the wrong statements made in ignorance of the true position of the moon on the date of the murder by well-meaning friends of Lincoln:

Mrs. Dr. Scheer, from her paper bearing on the position of the moon that night of the murder: "Taking this almanac, Lincoln showed that on the night sworn to and the hour was sworn to, the moon had not risen, proving that the whole of this testimony was a perjury."

THE LIGHT OF THE MOON - Increasing or getting lighter, i.e., “waxing.” The light of the Moon is after the New Moon or between the New Moon and full Moon, a period which also lasts approximately 14 days. You can do your “Light of the Moon” tasks during the day or night in this time period.