Poor spellers may find comfort in the following anecdote that Mr. R. B. Stanton tells in the reminiscences of Lincoln that he gives in the February 1921 issue of Scribner's Magazine.
Mr. Stanton tells the story his Father told him. 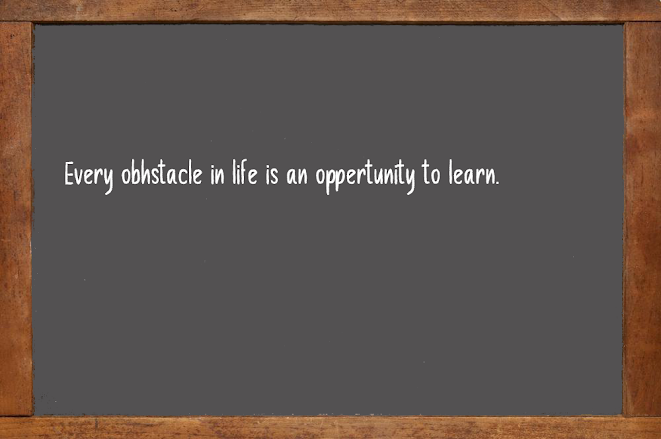 On one occasion, said the senior Mr. Stanton, the President gave me what he was pleased to call an account of his "progress in spelling." The incident reveals Mr. Lincoln's remarkable simplicity and open-heartedness, showing the ease and friendliness he could talk to a private citizen.
Having some business at the War Department and knowing my success depended on the President's favor, I called on the President to ask for his aid. At the interview, no other visitor was present. After stating my case, I asked him if he would speak to the Secretary on my behalf.
"Certainly I will," he said. Pausing a moment, he added, "Or what's better, I will write him a note. Sit down, and I will write it now." He went to his desk and began writing, but in a few moments turned to me and, looking up over his spectacles, he said:
"Obh-sta-cle: is that the way you spell obstacle? I was so disconcerted at the sudden, unexpected question that, for the moment, I was silent. Noticing my confusion, he laid down his pen and turned his revolving chair to face me.
When I had recovered myself, I said, "I believe that is right, Mr. President."
He said, "When I write an official letter, I want to be sure it is correct, and I am sometimes puzzled to know how to spell the most common word."
When I remarked that that was not an unusual experience with many persons, he said, "I found about twenty years ago that I had been spelling one word wrong all my life up to that time."
"What word is that, Mr. President?" I inquired.
"It is very," he said. "I always used to spell it with two r's—v-e-r-r-y. And then there was another word I found I had been spelling wrong until I came here to the White House. It is an opportunity, and I had always spelled it op-per-tunity."
In relating those instances of his "progress in spelling," as he called it, the President laughed heartily and added some words on the importance of giving attention to orthography (the conventional spelling system of a language). Then he finished his letter to the Secretary of War and handed it to me with a warm expression that my mission might be successful.
Presented by Dr. Neil Gale, Ph.D. at 8/09/2022 04:47:00 PM

Email ThisBlogThis!Share to TwitterShare to FacebookShare to Pinterest
Living History of Illinois and Chicago® Abraham Lincoln