Sky-Hi Drive-In and Restaurant; Eat in a Real DC-7 Airplane.

Chicago’s Sky-Hi Drive-In and Restaurant, 102 South Cicero Avenue, operated in a salvage-yard DC-7, the plane’s cabin was a 10-table fine dining room, opened in late 1963. The Dimas brothers, Jim, John, and Chris, evidently spent way too much money renovating and outfitting the 110-foot long plane with all-electric cooking facilities.
Sky-Hi Drive-In was the first restaurant in a converted commercial airplane in the U.S., according to Hospitality Magazine. 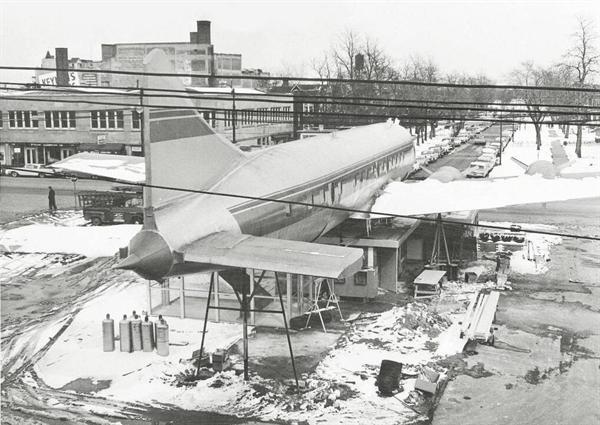 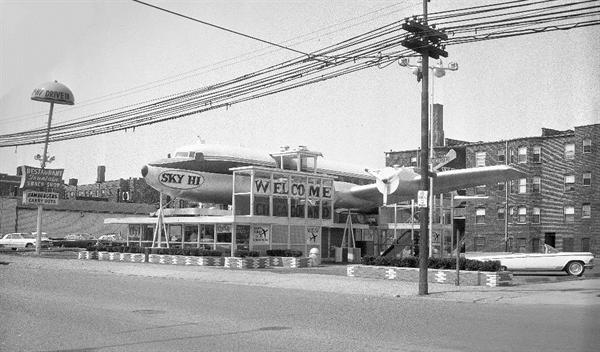 They perched it on top of a small luncheonette that served as the drive-in part. The fuselage provided a fine dining experience, though it’s doubtful that happened. Located on a lot that previously held an auto body shop, it may not have been the most favorable site. Less than two years after opening Sky-Hi Drive-In was out of business.
For those of you that swear there was a Sky-Hi Drive-In at Midway Airport, you are mistaken. What was at 55th Street and Cicero Avenue was the "Trivic Airport Pines Midway Airport Restaurant."