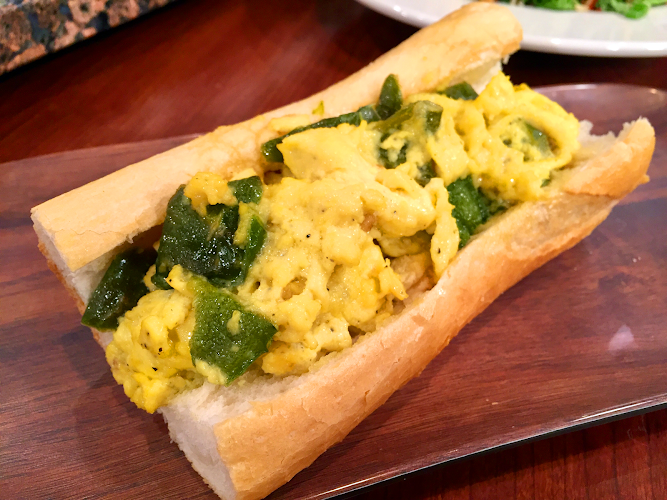 The pepper and egg sandwich was created by Italians who immigrated to Chicago in the late 19th and early 20th centuries. The owner of Fiore’s Delicatessen in the West Town/Ukrainian Village neighborhood claims that his establishment was the first to start selling the pepper and egg sandwich over 40 years ago.
The sandwich was created out of the need for meat-free alternatives to Chicago standards like hot dogs and Italian beef sandwiches. Chicago’s Italian-American community is largely Catholic, and since 1965 practicing Roman Catholics are required to abstain from meat on Fridays during Lent, the 40-day period leading up to Easter. (Before 1965, Catholics were not allowed to eat meat on Fridays all year.)
Pepper & Egg Sandwich; A Chicago Style Recipe.
Ingredients:
Directions:
Compiled by Dr. Neil Gale, Ph.D.
Presented by Dr. Neil Gale, Ph.D. at 4:45 PM