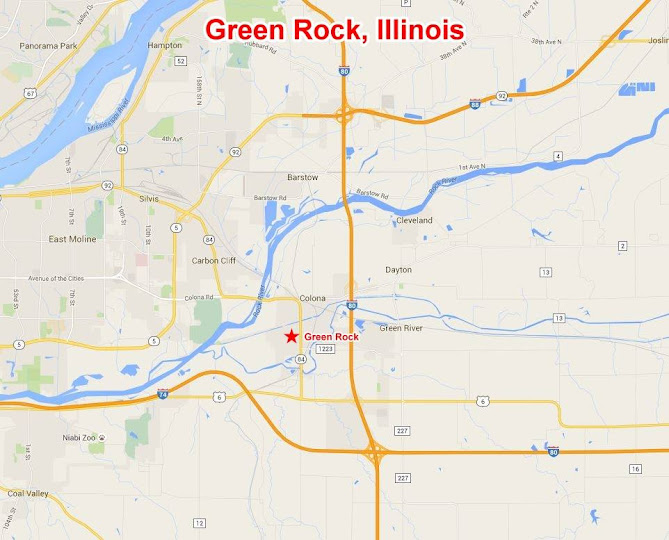 Green Rock was unique because it started out as a city. It had several businesses but Colona served as its mail distributor.
The City of Green Rock and the Village of Colona shared many things. There were discussions about merging the two cities that began in the late 1960s. Green Rock residents voted in favor of a merger in 1968, but Colona did not. Residents in both communities voted in favor of the merger 566 in favor to 492 against merging in 1995.
They finally united into one community and renamed it the City of Colona in April of 1997. The was a historical moment as this was the first time in the history of Illinois that two towns merged, by popular vote, rather than one being annexed by the other.
Compiled by Dr. Neil Gale, Ph.D.
Presented by Dr. Neil Gale, Ph.D. at 4/25/2022 04:49:00 PM

Email ThisBlogThis!Share to TwitterShare to FacebookShare to Pinterest
Living History of Illinois and Chicago® IL Northwest, Lost Towns of Illinois, Maps and Plats