The Chez Paree was a Chicago Dinner Theater and a Key Club best known for its stellar cuisine and top entertainment. 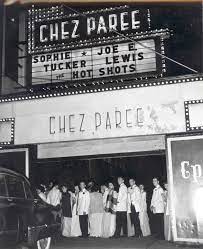 The Chez Paree opened in 1932 at 610 North Fairbanks Court, in The Streeterville neighborhood of Chicago. The fully air-conditioned club was a thriving example of golden age entertainment. They hosted famous musical groups, comedians, big band talent, famous dance bands, and some vaudeville.[1]
There were casino games played in the Key Club.
Popular entertainers included Jimmy Durante, Martin & Lewis, Sophie Tucker, Tony Martin, Danny Thomas, and Sammy Davis and Sammy Davis Jr. This is where Chicagoans took business people, politicians, and out-of-town family and friends to impress them when showing off our city.
The floor was crowded with tables. There was a large dance floor in front of the stage. The Cocktail Lounge had a circular and glamourous bar.
The Chez Paree closed in 1960.
VISIT OUR SOUVENIR SHOP 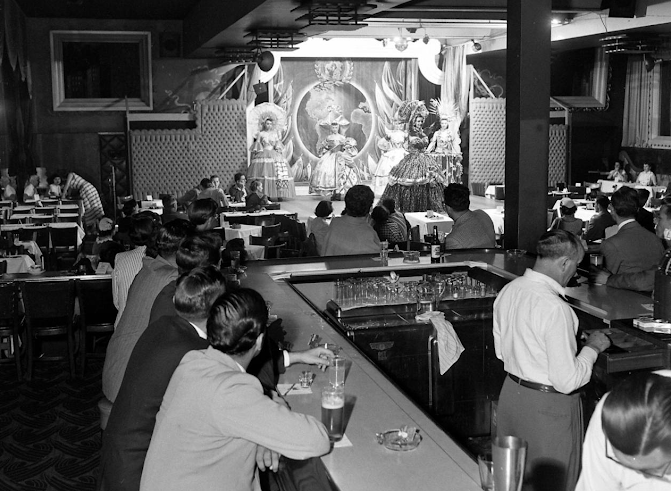 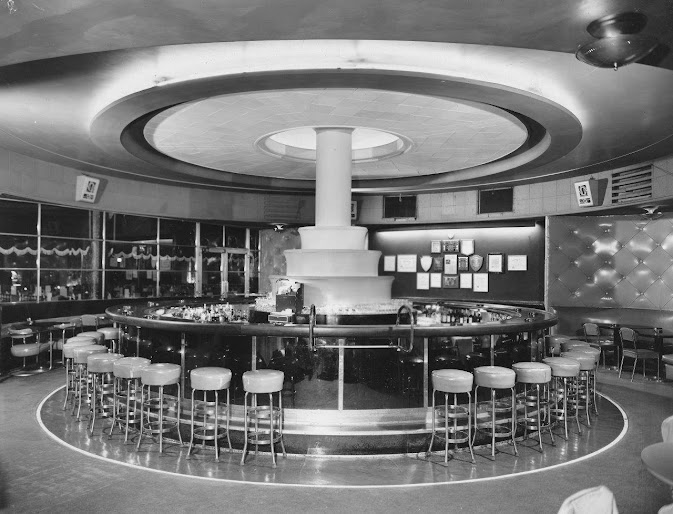 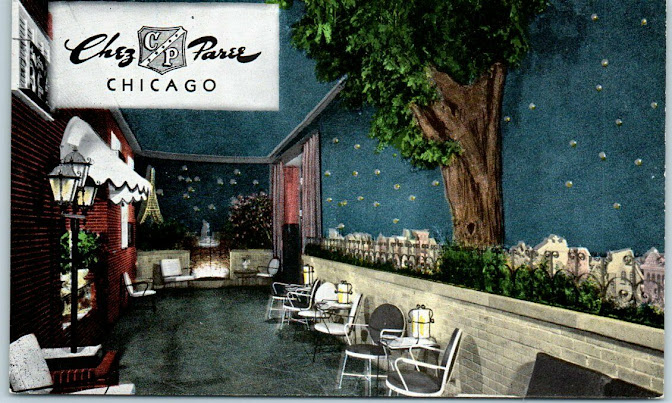 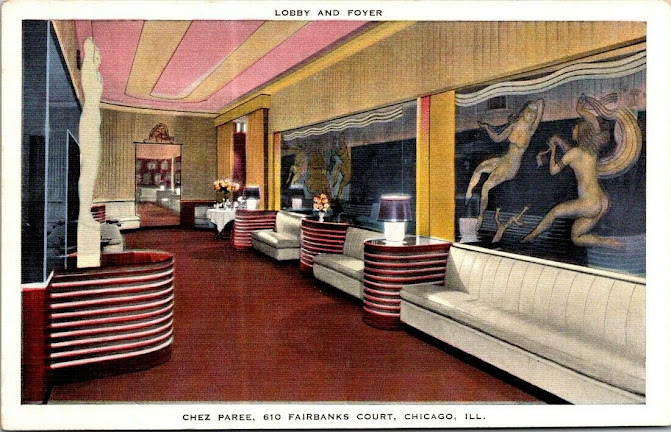 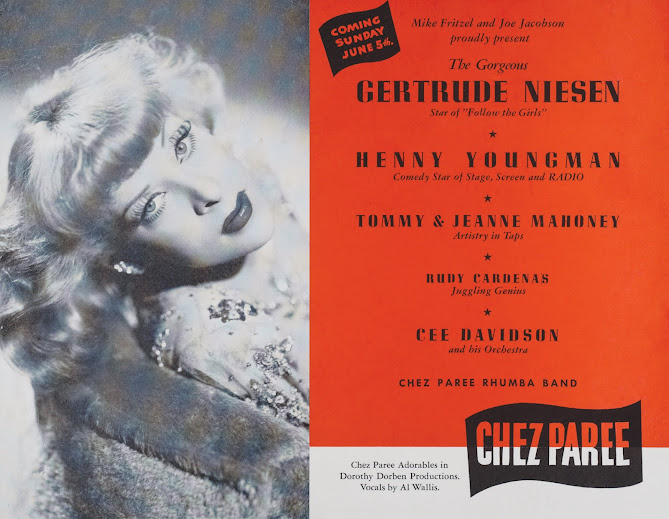 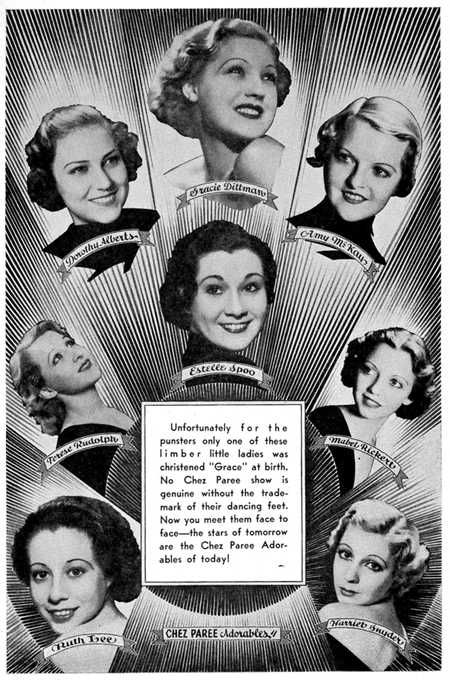 INDEX TO MY ILLINOIS AND CHICAGO FOOD & RESTAURANT ARTICLES.
Compiled by Dr. Neil Gale, Ph.D.
VISIT OUR CHEZ PAREE SOUVENIR SHOP
[1] Vaudeville is a theatrical genre of variety entertainment born in France at the end of the 19th century. In the United States, the term connotes a light entertainment popular in the states from the mid-1890s until the early 1930s. Vaudeville, more so than any other mass entertainment, grew out of the culture of incorporation that defined American life after the Civil War (1861-1865). The development of vaudeville marked the beginning of popular entertainment as big business, dependent on the organizational efforts of a growing number of white-collar workers and an increase in leisure time, spending power, and changing tastes of an urban middle-class audience. Shows usually consisted of 10 to 15 individual, unrelated acts, featuring magicians, acrobats, comedians, trained animals, jugglers, singers, dancers, and other odd acts.