Thomas “Tad” Lincoln III was the youngest of the four Lincoln children.

Abraham and Mary's four sons, all born in Springfield, Illinois, were:

Tad was born on April 4, 1853. He was born with some form of a cleft lip or palate, causing him speech problems throughout his life. He had a lisp and delivered his words rapidly and unintelligibly. Often only those close to Lincoln were able to understand him. For example, he called his father's bodyguard, William H. Crook, "Took," and his father "Papa Day" instead of "Papa Dear." The cleft palate contributed to his uneven teeth; he had such difficulty chewing food that his meals were specially prepared. This caused some problems when Lincoln was in school in Chicago. While at the Elizabeth Street School [1]. His schoolmates sometimes called him "Stuttering Tad" because of the speech impediment, which he learned how to manage as a teenager.
He was well known for being rambunctious and full of energy. Slightly the troublemaker, Tad and his brother Willie were often playmates getting into all sorts of mischief. When Tad and his brother were referred to as “notorious hellions” by Lincoln’s law partner, William Herndon because they enjoyed pulling apart the law office and dumping books and papers all about the room.
Tad was 7 when his father became President, and the White House became his and Willie’s new playground. Judge Horatio Nelson Taft's children were regular playmates of fourteen-year-old Horatio Nelson Taft Jr., or "Bud," and, eleven-year-old Halsey Cook Taft, called "Holly." Horatio Nelson Taft Sr. was appointed as chief examiner in the U.S. Patent Office in July 1861.
In February 1862, both Willie and Tad contracted Typhoid fever. Tad recovered, but Willie died from the illness. At this point, Mary Lincoln prevented children from coming to play at the White House because it pained her to hear children laughing and playing after Willie’s death.
On April 14, 1865, Tad went to Grover’s Theatre to see the play Aladdin and the Wonderful Lamp. Tad’s parents were also at the theater that night but saw Our American Cousin at Ford’s Theatre. When news of his father's assassination reached Tad, he began screaming, “They killed Papa! THEY KILLED PAPA!!!” Tad was escorted back to the White House.
Mary, Robert, and Tad moved into the Hyde Park Hotel in Chicago. Robert moved into his own residence by the end of 1865 at 653 South Wabash Avenue (1200 block of South Wabash Avenue, today), Chicago.
In 1866 Mary purchased a house for $17,000 ($300,700 today) at 375 West Washington Boulevard (1238 West Washington Boulevard, today) in Chicago, located between Willard Court (Ann Street today) and Elizabeth Street.
In May of 1867, Mary rented out her house, and she and Tad moved into the Clifton House Hotel at the southeast corner of Wabash and Madison.

Later that year, they moved back to her old neighborhood and lived at 460 West Washington (1407 West Washington Boulevard, today), across the street from Union Park at Ogden Avenue.

Again in 1868, Mary and Tad moved back to the Clifton House Hotel.
Mary Lincoln and Tad, then 15 years old, took a trip to Europe departing Baltimore aboard the steamer "City of Baltimore" on October 1, 1868. The ship arrived at Southampton, England, on October 15th. Two weeks later, Mary and Tad arrived in Bremen, Germany, and from there, they traveled to Frankfurt. Mother and son lived in the Hotel d'Angleterre (five-star accommodations), located in the center of the town.
While in Frankfurt, Tad attended school and boarded at Dr. Johann Heinrich Hohagen's Institute. For a time, Mary moved to Nice, but she returned to Frankfurt. This time she avoided the expensive Hotel d'Angleterre and stayed in the more modest Hotel de Holland and was more frugal in her spending habits.
In the summer of 1869, Mary and Tad spent seven weeks touring Scotland during Tad's vacation from Dr. Hohagen's school. They traveled from one end of Scotland to the other, exploring Edinburgh, Glasgow, and the Highlands near Balmoral.
They returned to the United States in May of 1871. From Liverpool to New York, the return trip was made aboard the "Russia," which held the transatlantic record of 8 days and 25 minutes for the Liverpool to New York run, but Mary's trip took a couple of days longer because of poor weather.
On May 11th Mary and Tad arrived in port, and on May 15th, they left for Chicago. It seems Tad had caught a cold during the ocean voyage and was not well when he arrived in Chicago. By late May, Tad developed difficulty breathing when lying down and had to sleep sitting up in a chair. By early June, he was dangerously ill. He then rallied for a short time. As July approached, he weakened again. Tad's pain and agony worsened as his face grew thinner. On Saturday morning, July 15, 1871, Tad passed away at the age of 18. The cause of death was either pleurisy, pneumonia, congestive heart failure, or, most likely, tuberculosis.
Tad's death occurred in the Clifton House Hotel in Chicago. Funeral services were held for Tad in his brother Robert's house in Chicago. His body was transported to Springfield and buried in the Lincoln Tomb in Oak Ridge Cemetery at 1500 Monument Avenue in Springfield, Illinois, alongside his father and two brothers. Robert accompanied the casket on the train, but Mary was too distraught to make the trip. In an obituary, John Milton Hay, One of Lincoln's Private Secretaries, affectionately referred to him as "Little Tad."
ADDITIONAL READING:
Mary Todd and Robert Lincoln; In the Midst of the Great Chicago Fire, 1871. 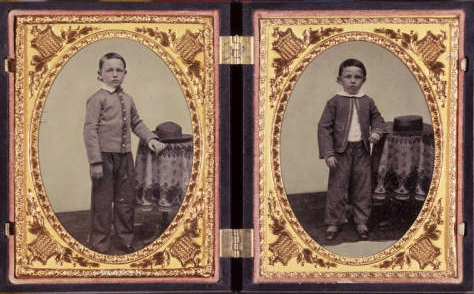 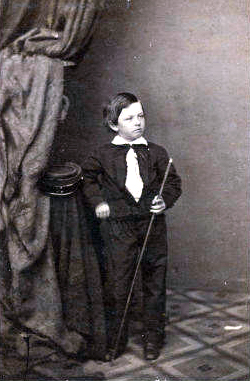 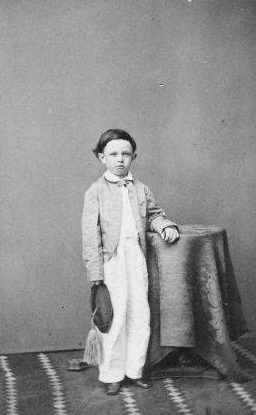 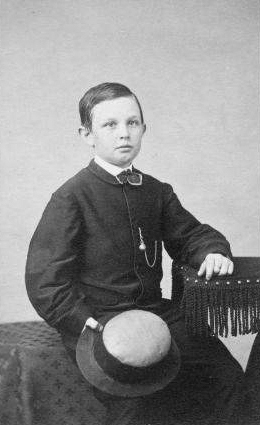 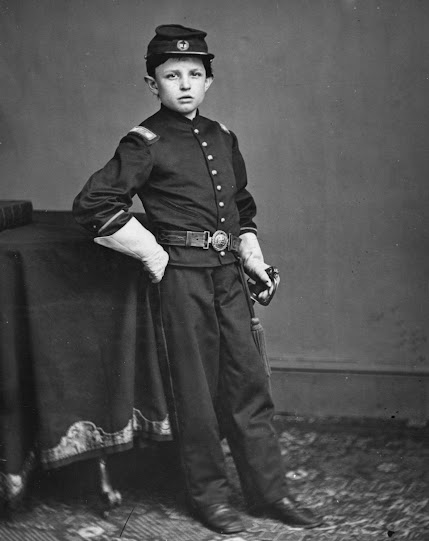 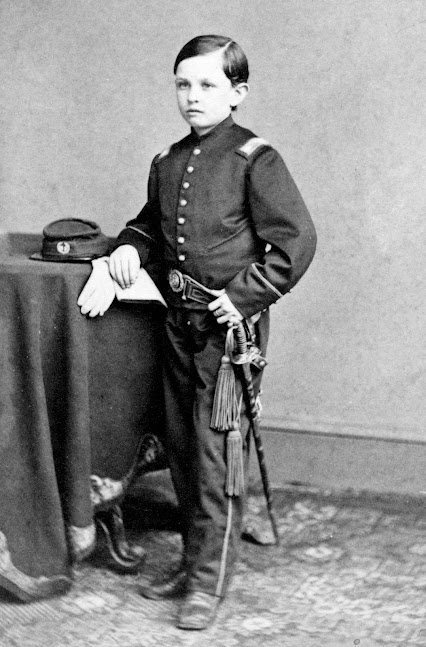 [1] The Elizabeth Street School was sold and was replaced by the Lake High School building that opened in 1881. In 1889, Lake Township was annexed to the City of Chicago, and the school became part of the Chicago Public Schools (CPS) system. Several years after being added to the district, The Chicago Board of Education decided that a new building was needed for the school; approving a $7 million dollar budget for construction of the new school in 1901. The new school, located on South Union Avenue and West 47th Place was constructed between March 1904 to August 1905. In 1915, the school was renamed Edward Tilden High School, honoring the recently deceased banker and former president of the Chicago Board of Education. In 1919, the school board decided that Tilden would no longer serve as a regular high school and would become an all-boys "technical" high school, forcing students who didn't want a technical education to transfer to other schools.  In 1960, the school was changed into a coeducational neighborhood high school.