The ministers in the West had organized themselves as the Western Unitarian Conference in 1852. As time went on, the Western Conference ministers felt they weren't getting enough support from the American Unitarian Association in Boston, and they decided to do more on their own. In 1876, they appointed Jenkin Lloyd Jones (1843-1918) as secretary. In that role, Rev. Jones became the Western voice of Unitarianism in the American Unitarian Association. He founded a weekly magazine called Unity to get people to work together to improve human life. A religious, yet non-Christian publication, Unity's mast-head proclaimed the principles of "Freedom, Fellowship and Character."
Led by Rev. Jones, the Western Unitarians pushed the boundaries of what it meant to be a Unitarian. They rejected statements of doctrine—"official" Unitarian belief—that would limit a minister or member's beliefs about the nature of God, the Divine, or Jesus Christ. Jenkin Lloyd Jones served on the boards of dozens of social service agencies. He helped organize an American Congress of Liberal Religion, an alliance of liberal Jews, Unitarians, Universalists, and Ethical Culturalists.
Reverend Jenkin Lloyd Jones began his innovative ministry in Chicago with the founding of All Souls Unitarian Church on the city's South Side in 1882. Jones's inaugural sermon in June of 1885 was entitled "The Ideal Church," which called for an institution to be based on unbounded intellectual freedom, nonsectarian fellowship, and humanitarian outreach. In 1886, after four years of meeting in rented halls, the congregation built and moved into a permanent building named "The Abraham Lincoln Centre" (ALC).

Rev. Jones hired his nephew, Frank Lloyd Wright, as the project's chief designer from 1898 until 1903 (at 31 to 36 years old). It was Wright's first sizeable public commission. The final building plans were designed by architect Joseph Silsbee at 700 East Oakwood Boulevard at the southeast corner of Langley Avenue in Chicago.
The American Unitarian Association relaxed its statement of doctrine. By 1890, many Western Unitarian ministers felt the official statement was liberal enough for them, and tension between the West and New England began to lessen. When the Western Unitarian Conference replaced Jones' Unity magazine with another publication, Jones was deeply hurt. He remained a Unitarian minister, but he convinced his congregation, All Souls, to become nonsectarian. The congregation removed the word "Unitarian" from their name and returned $4,000 ($115,500 today) that Unitarian groups had donated to build a new church. Some other Unitarian congregations, many led by women ministers he had mentored, chose new names without the word "Unitarian"—such as "Unity Church" and "All Souls"—to support Jones.
The All Souls Church became the leading Centre of liberal Unitarian religious and civic life in Chicago at the turn of the century. All Souls Church was a prominent example of a new kind of urban ministry known as an institutional church because of its emphasis on social and educational programs. Jones wished to create a unique building to express his church's nonsectarian values. He sought a design that would depart from conventional church architecture in both program and symbolism.
Wright collaborated on the project with architect Dwight H. Perkins. Designs for the building in those years recall the tall office buildings of Adler and Sullivan. Yet Jones's letters reveal that he was an assiduous critic of his nephew's ideas, which he wanted to be simplified for economic and ideological reasons. When he and Wright disagreed on the Centre's exterior form, he turned to Perkins, who revised the design according to Jones's wishes. In 1902 Wright turned the project over to Dwight Perkins and wrote on the blueprints "bldg. completed over protest of architect." Perkins saw the project through to completion in 1905.
The Abraham Lincoln Centre included apartments for Jones and other resident teachers, a nine hundred-seat hall for Sunday services and other programs, a gymnasium, a library, lectures on literature and religion, classes in German and French, art rooms and spaces for socializing and amusement.

Rev. Jones invited leaders from various faiths to be charter members to serve on the Abraham Lincoln Centre's Board of Directors. Rev. Jones included Christians of multiple denominations, Jews, and members from groups as diverse as the Salvation Army and the Ethical Culture Society, asking them to join the Centre's programs. 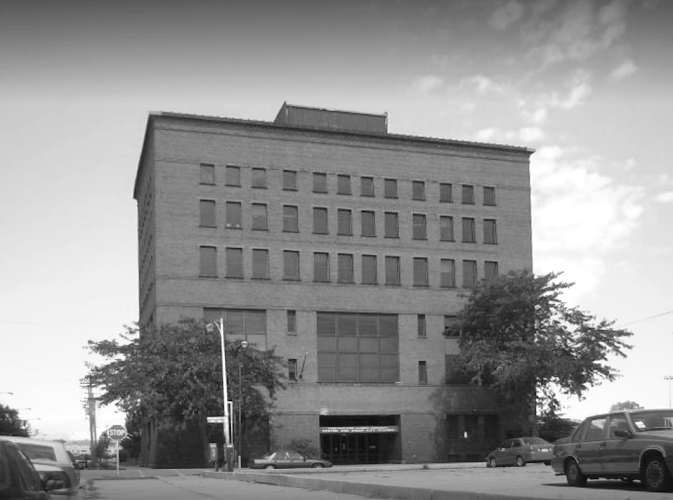 When and Why the Democratic and Republican Parties Switched Platforms. President Lincoln's Philosophies were Actually Democratic.
As a settlement house, services included a public library, gymnasium, lectures on literature and religion, and classes in German and French. Thyra Edwards, an African American journalist and civil rights activist, lived and worked as a social worker at the Centre. She later traveled the world, reporting on labor and social conditions and her treatment as an African American abroad. Edwards openly supported the Communist Party and fundraised for the North American Committee to Aid Spanish Democracy during the Spanish Civil War (1936-1939).
The Abraham Lincoln Centre reveals formal and spatial ideas that Wright explored in his subsequent Larkin Building and Unity Temple. The Centre was thus a pivotal project in Wright's emergence as an architect of public buildings. This property is listed in the Illinois Preservation Services Division's Historic and Architectural Resources Geographic Information Systems database of historic sites and structures.
Compiled by Dr. Neil Gale, Ph.D.