Brown Derby Park was opened sometime in the mid-1930s by Fred Pliscott, this small amusement park had three major rides, one was the wild and crazy "Lindy Loop[1]," and five kiddie rides, including a merry-go-round. 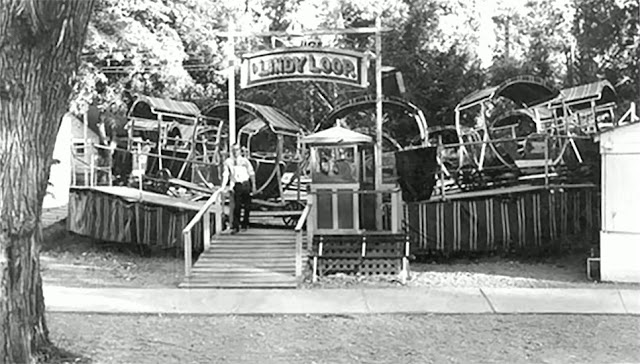 The canopy-topped ride featured cars resembling old-fashioned sleighs mounted on crescent-style rails.  Each car held two passengers facing each other. The "restraint" consisted of a single leather strap that hooked into a metal loop at one end of the seat. As the car moved over the track (similar to a Tilt-a-Whirl with peaks and dips), the car would slide freely along those runners. A pedal at the riders’ feet engaged a clutch to flip the car upside-down.

Looks Safe.
A modern version of "The Looper"

John Petro was Brown Derby Park's Ride and Concession Manager. The park had ten games of chance, a penny arcade, two refreshment stands, a shooting gallery, a dance pavilion, a theater pavilion, an athletic field, and a picnic area. 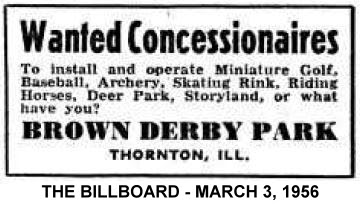 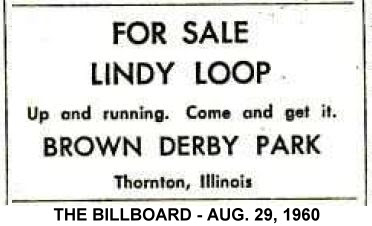