I fondly remember working part-time after High School for "Wally's Deli" in the Milk Pail at 3320 West Devon Avenue, just west of McCormick Boulevard in Lincolnwood, Illinois. Before the Milk Pail, it was Blanche's Super Milk Market, at the same address.

A bit about Wally Brin's childhood:
November 04,  1941, Chicago Tribune: Crane Tech High Defeats Anundsen in Soccer, 8-0, in a north section Chicago Public High School soccer league game in Winnemac park. Wally Brin, playing center forward, scored four goals for the west siders. It was the fourth win in six games.
May 02, 1942, Chicago Tribune: Wally Brin hit a home run in the last half of the seventh inning after two were out to give Crane H.S. a 12 to 11 victory over Foreman H.S. in Altgeld park. It was Crane's sixth straight win and  left it the only undefeted team in the west section.
October 22, 1942, Chicago Tribune: Wally Brin is the captain of Crane Tech H.S. soccer team. Undefeated Aledo H.S. with only one game to play, clinched at least a share in the Little Six Conference championship last Friday night, October 16, when it downed Avon H.S., 33 to 13. All other conference teams have lost at least one game.
June 03, 1943, Chicago Tribune: Crain Tech H.S., defending west section champion, defeated Steinmetz H.S., 6 to 4, in Altgeld park, cutting Steinmetz's lead in the current race to half a game. Wally Brin caught the first six innings for Crane H.S. and then when to the mound in the seventh, relieving Gene Revell and checked the rally after Steinmetz had scored four runs.
Wally was a minor league baseball player for the Chicago White Sox before he entered the Army. He was an Army MP for three years during WWII.

Walter "Wally" W. Brin owned the Deli from 1970 until 1986 when he retired and his son Steve took control. 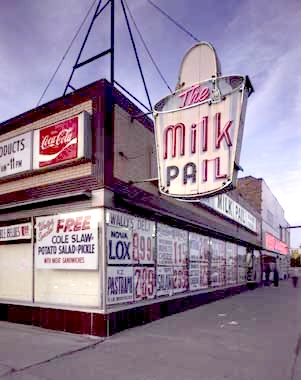 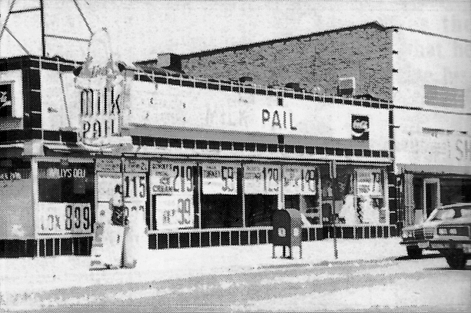 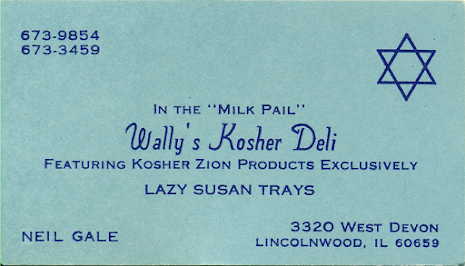 Steve started working there in high school in 1970 and worked until he sold the business in 1999. Steve said, "It broke my heart when we sold this business, but many things change regardless of what you do to make improvements."
I worked part-time after High School for Wally's Deli in the Milk Pail, which was 5 blocks from my house, for 4 years, most nights but some weekend mornings too. 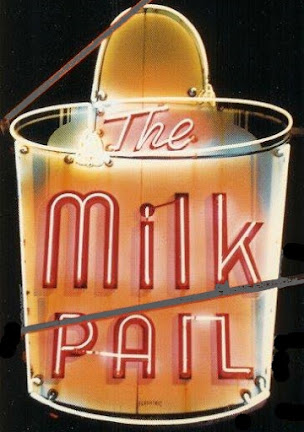 It was a great job and great pay, especially for a high school student. Wally and Steve were nice people to work for. We cooked the best brisket corned beef around, 15 briskets at a time in the back room of the deli.

We were allowed to eat anything we wanted from the deli for free, except for the Lox and Smoked Chubs (fish), which I ate nearly every night for 4 years. They knew!

Rosens Rye Bread was delivered into a locked box in the back of the building, every morning around 4 o'clock. They were so hot, that you needed gloves to handle the loaves. Chopped chicken liver was another customer favorite, along with their meat, cheese, fish, and vegetable Lazy Susan Trays. The average lazy Susan tray orders were for 3 or more trays.

Two summers in a row, Wally found me a part-time day job with one of his restauranteur friends. One was a fast-paced breakfast and lunch restaurant downtown which had a deli/sandwich counter. Another job was with the "Bagel Nosh" which was in the Gold Coast neighborhood, on State Street in the Rush Street area.

Wally was always upbeat and treated everybody with respect and kindness. You knew he was genuine because Steve was just like his Dad.

Not to be confused with the Milk Pail Restaurant in Dundee, Illinois.
INDEX TO MY ILLINOIS AND CHICAGO FOOD & RESTAURANT ARTICLES.