The History of D.B. Kaplan's, the legendary Chicago Delicatessen & Restaurant. 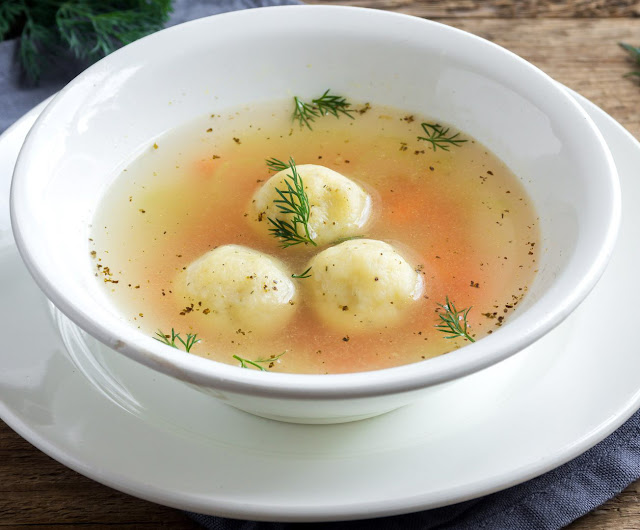 Eadie Levy had her work cut out for her in 1978, when her sons, Larry and Mark, called her in her native city of St. Louis, Missouri, for help. They had to. Patrons at their first restaurant were making comments like; “Are you trying to kill me with that food?” The matzo balls were as hard as a new, finger-breaking, Chicago 16" Clincher softball. The chopped liver was made from beef instead of chicken. Oy vey!

Mrs. Levy traveled to Chicago, armed with treasured family recipes for chicken soup, potato salad, and blintzes. The kitchen turnaround was dramatic. Within two weeks after my mom got there, people were saying, ‘Wow!’ This food is great. D.B. Kaplan's diners couldn’t get enough of her noshes. And they loved the way she remembered their names, asked about their families, and doled out advice.

Employees found they could always go to Mrs. Levy with a problem. Quietly, she did good deeds. There was a woman who struggled to keep a job, and Mrs. Levy paid for her dental reconstruction because she thought that might be the problem. The lively D.B. Kaplan's offered more than 100 sandwich creations, all bearing groan-worthy, punny names, like the Lake Shore Chive, with roast beef and cream cheese with chives on black bread, and the Studs Turkey for radio journalist Studs Terkel, with beef tongue, hot turkey breast, Canadian bacon, cranberry sauce and shredded lettuce on French bread. National celebrities were not spared either. The Hammy Davis, Jr. was ham salad on a BLT with mayo on whole-wheat toast.
D.B. Kaplan's Deli won the 1977 Great Menu Award from the National Restaurant Association.
In January of 1990, D.B . Kaplan's Deli introduced their jazzy new menu, naming many sandwiches after sports figures; Ham Dunk; The Mike Ditka Show (lots of tongue and always hot); Rye Sandburg (good lookin'); William "Refrigerator" Perry )three-foot, triple-decker); McMahonwich (still a Chicago favorite); Wayne Gretzky (guaranteed to make you score) or the Mike McCaskey (beef and turkey). See a lot more crazy dish names on the menu I linked in this article. ── CLICK MENU ─►

It was a more innocent, sillier, and arguably more fun time for creative restaurateurs. Sadly, D.B. Kaplan's closed in 1995. Kaplan's "lost their lease," which usually means that Water Tower Tower tried to raise the rent or the percentage of sales they get, or both.
In 1986 Larry and Mark Levy opened "Mrs. Levy's Deli," named after mama Levy, in what was then named the Sears Tower. After D.B. Kaplan's closed in 1995. Mrs. Levy's Deli closed in 2006.
In 2016, Levy Restaurants launched a Mrs. Levy's Deli at the United Center as part of the culinary upgrade of the stadium in Chicago's Near West Side. The kiosk offered huge variations on the Reuben, including The High Rise ($15) with corned beef, Swiss cheese, sauerkraut, and Russian dressing on dark rye.

THE BACKGROUND OF THE LEVY BROTHERS THRU D.B. KAPLAN'S
The Levy brothers began their involvement in the restaurant business in Chicago, where they built the core of their foodservice business around a faltering delicatessen during the late 1970s. In the months prior to going into business together, Larry and Mark Levy had established careers independent of one another. Although both had relocated from St. Louis to Chicago, they had made the journey separately and upon arrival had begun working for different companies. Mark joined the insurance business and Larry delved into real estate, each accumulating enough financial wherewithal to jointly open a delicatessen named D.B. Kaplan's with a third partner in 1976.

Initially, the business was intended to be a sideline venture for each brother. Said Larry: "I had always loved deli food and thought there was no good deli food in Chicago. I found a backer to do it, and I thought I would continue at my other company." In a matter of months, however, closer, hands-on involvement was required. The operation of the delicatessen and its 285-item menu quickly proved too much an undertaking for the Levys' third partner, prompting Larry and Mark to fire him. Mark quit his insurance job and, along with his wife, took on the responsibility of D.B. Kaplan's daily operation.

Immediately afterward, according to the brothers, the delicatessen showed strong signs of improvement, transforming from a money-loser to a profitable enterprise under the direct stewardship of Mark Levy. Two years later, in 1978, Larry quit his job as well and joined his brother in the restaurant business, embarking on a career that allowed his natural talents to flower.

At an early age, Larry Levy showed himself to be an entrepreneur at heart. Before he was ten years old, Levy sold magazine subscriptions and handmade potholders door to door. During his high school years, he developed a discount card that his fellow students could use when buying merchandise from selected merchants. While attending the Kellogg School of Management at Northwestern University during the late 1960s, Levy shuttled through the dormitories selling sandwiches and charter airline tickets to Europe, making extra money while he earned his M.B.A. degree. "I've always been an entrepreneur," Levy explained years after D.B. Kaplan's success spawned a small empire of restaurant properties. "When I found the restaurant business," he said, "my entrepreneurial skills met passion. It's something I truly love doing."
A second D.B. Kaplan's opened in Minneapolis, Minnesota.
After Levy left his real estate job in 1978, he and his brother formed Levy Restaurants and the Levy Organization, a commercial real estate company. With the establishment of these two companies, the corporate vehicles for expansion were in place, but the success of the delicatessen did not give birth to a chain of D.B. Kaplan's clones. Instead, the two brothers developed new restaurant concepts, pursuing a strategy that would lead to a heterogeneous patchwork of restaurants all owned by Levy Restaurants. During the first years of Levy Restaurants, the Levys developed several major restaurants in Water Tower Place, one of Chicago's premier high-rise shopping malls. One of the restaurants located in Water Tower Place was Chestnut Street Grill, a grilled seafood restaurant that quickly became highly popular. It was one of the first Chicago restaurants to feature grilled seafood.
VISIT OUR D.B. KAPLAN'S SOUVENIR SHOP.