Acorn Ridge was only open during the summer weekends and the rides operated only 10 hours per weekend. A number of the rides were trailer mounted, as traveling carnivals use. They had "Pump cars" or hand-cranked cars, a trailer-mounted kiddie coaster, Bumper (7) cars, Hay rides, and the parks favorite ride, (2) Arrow 3/4 scale 1906 replica 3-seat antique cars with 10 horsepower Kohler gasoline engine.

I was contacted by R.J. who was searching for information and photos of this Amusement Park.

R.J. writes; "The most intriguing thing that I recall was that in the late fall, the rides would be tarped and moved to the side and the grove would fill with actual gypsy wagons, which wintered there.

The park area was still there into the 80s, I believe, although by then the rides were gone, replaced with many picnic tables.

I would occasionally drive by there to see what had happened to the park, and to see if the gypsy wagons ever returned. They didn't, and the park fell into disuse. It was vacant probably until the early 90s, and was eventually sold. It may have been developed into a subdivision."

Below are photographs of Acorn Ridge Park, 1989. 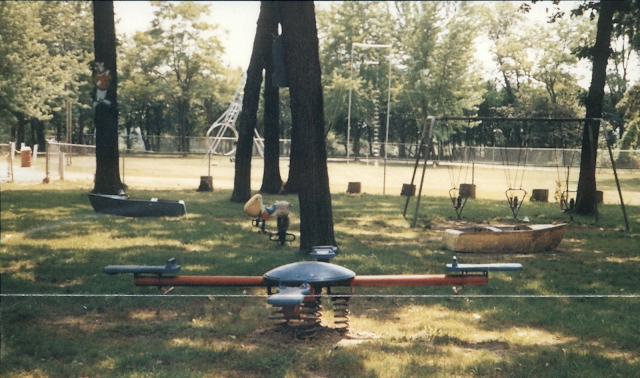 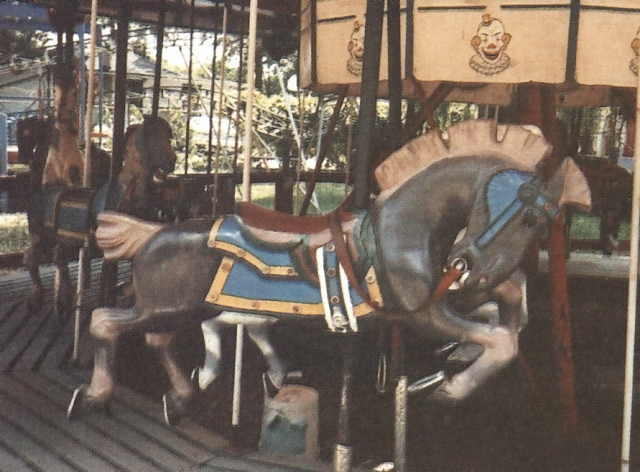 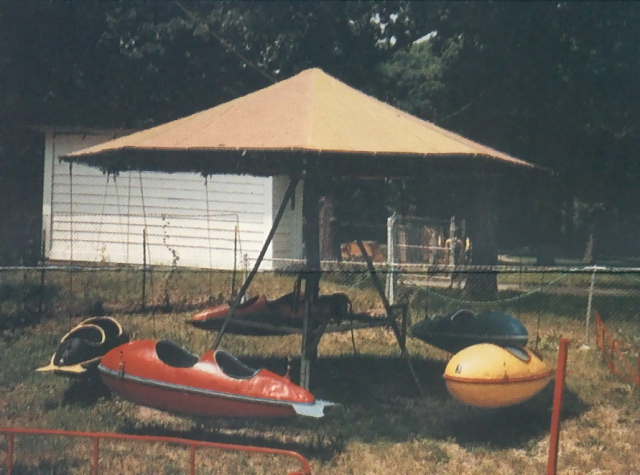 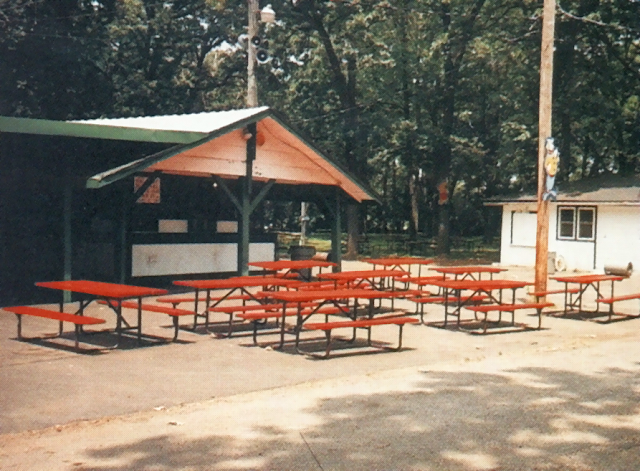 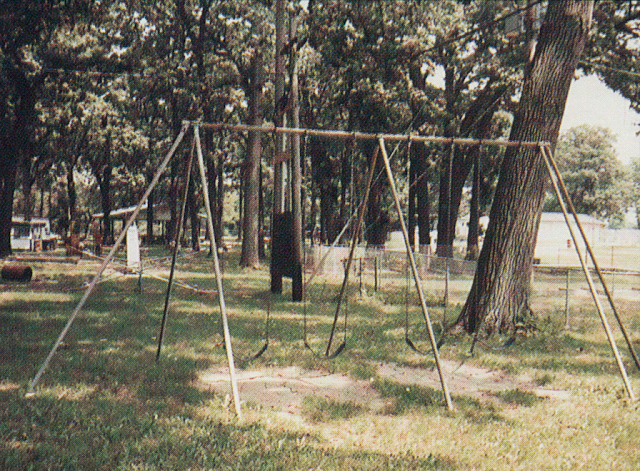 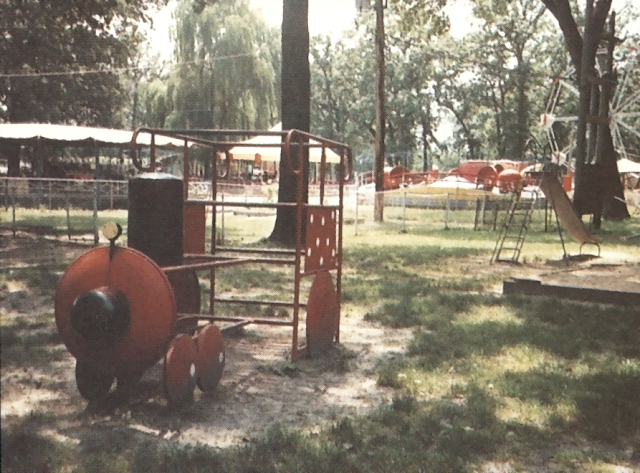 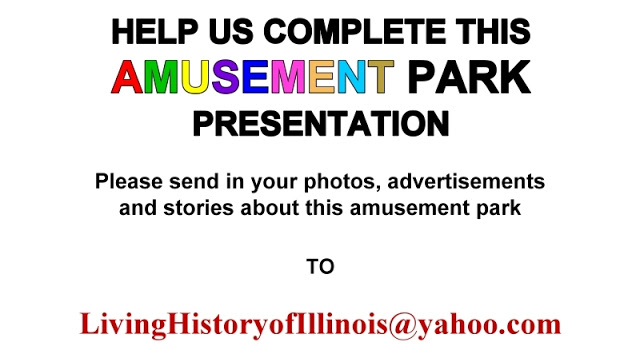