The Whole Story of the Choo-Choo Diner that Continues Today in Des Plaines, Illinois.

The first "Choo-Choo Limited Restaurant," a "restaurant designed with children in mind," opened at 4923 Oakton Street in Skokie on July 1, 1949, and was operated by Roy Ballowe and William Indelli. The Choo-Choo Limited had 19 seats, and two O-scale trains: a Pennsylvania steam engine and a Santa Fe streamline diesel, each pulling about 6 cars of food. Two waitresses with brakeman's caps reading "Choo-Choo" worked there, calling orders to the kitchen and listening for the cook's cry of "'Board!" with a steam whistle blast, indicating that food was ready. The waitresses used a system of numbered seats and a control box to know where to stop the train.

As Ballowe once said, “Trains go fast, and that’s how we wanted our customers to be served.” The diner quickly became a source of popularity among adults and children alike. The idea for the Choo-Choo style of restaurant was conceived while Roy was serving as a soldier in the Philippines. The rations served were less than ideal, and Ballowe dreamed of the kinds of food he’d like to have. After a complaint by a fellow soldier who was tired of the “gravy train,” the idea began to further take shape in Roy Ballowe's mind. “Gravy train,” thought the young Private. “Why not serve hamburgers on a model train? Kids love both of ‘em.” The Choo-Choo Limited Restaurant was featured on the Camel Caravan TV program. It was closed in 1956.

A second Choo-Choo opened in April of 1951 at 1114 Central Ave in Wilmette by Roy Ballowe.

James Ballowe, Roy's brother, an Attorney by trade, opened the new Choo-Choo Diner at 600 Lee Street (at Miner Street) in Des Plaines opened in May of 1951, then followed by a Choo-Choo at 3352 West Foster Avenue in Chicago.

In 1956, a new, larger, freestanding building was built and is still in business. 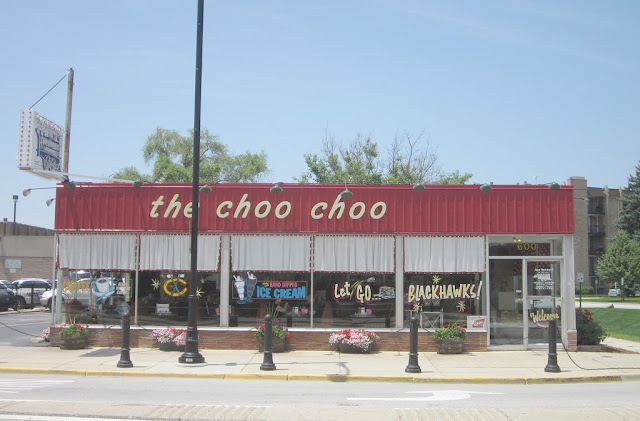 \
Roy Ballowe later recalled that while Ray Kroc was preparing to open his first McDonald's, he stopped in at the Choo-Choo in the Masonic Temple building in Wilmette to check out the other hamburger place in town. Kroc thought the Choo-Choo was a novel operation. Kroc assured him that he didn't think his hamburger restaurant would be competition since he didn't have seats or a train. After Kroc left, Ballowe remarked to his employees that McDonald's was a fly-by-night operation with no chance of survival, and would never move as many burgers as the Choo-Choo. Many of Kroc's employees defected to the Choo-Choo because it could pay in cash instead of stock (and several of the employees who stayed with McDonald's became very wealthy as a result). Ballowe never saw Kroc again. While cars took the place of trains, and McDonald's took the place of diners, the Choo-Choo has endured as home to the kid in all of us. 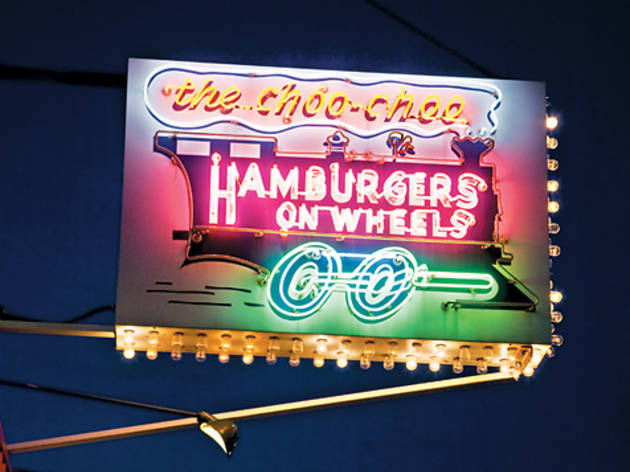 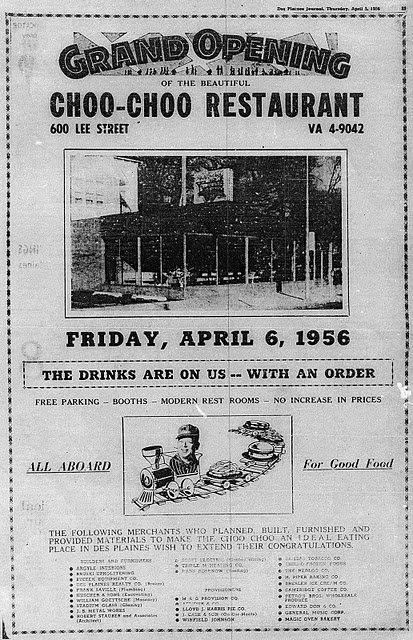 The interior of the choo-choo is virtually identical to its 1956 appearance, with Formica surfaces, stainless steel equipment, terrazzo floors, wood paneling, and Naugahyde stools (though they were once light green); even the bathrooms and air conditioner are original. 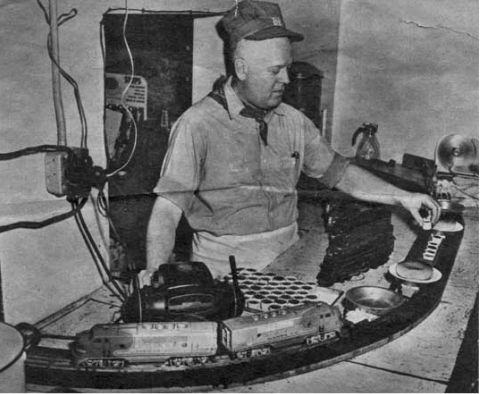 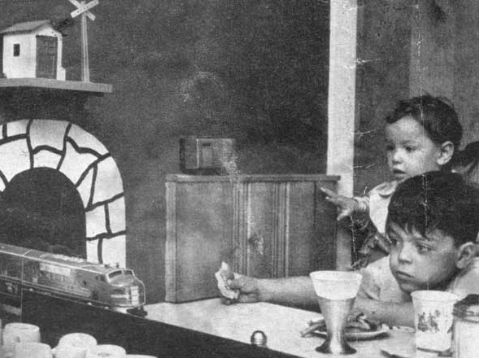 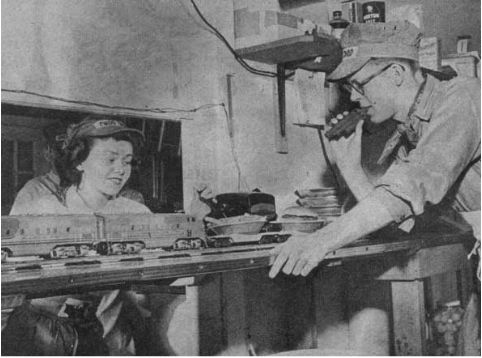 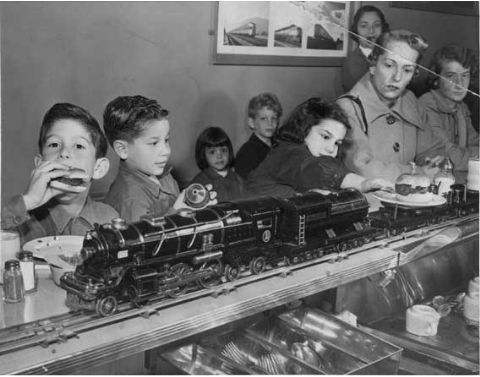 James donned the proper attire: an engineer’s cap, red bandanna around his neck, and a whistle he would blow whenever he sent the train around. 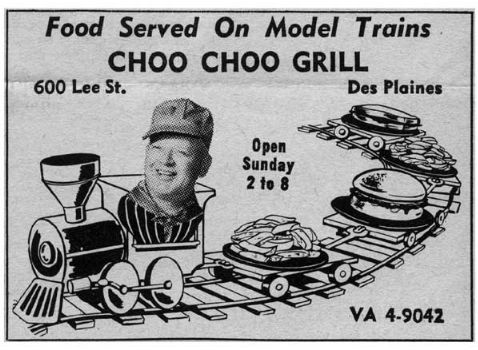 James and Marilyn Ballowe owned the diner for 25 years before James retired at age 68. Marilyn is happy to see the diner she and her husband created back in business. Says Marilyn, “I’m getting to enjoy it all over again.”

In 1974, the Ballowes sold the business to George and Sue Doris, who ran the restaurant with the Mandas family as a partner. A few years later George and Sure Doris bought and ran the Choo-Choo Diner completely on their own until 2000 when Sue Doris died.
The Choo Choo serving train in action.

The current operator, Jean Paxton, has done a great job with the restaurant. It certainly seems like the place is busier than ever, the food is very good, and it's consistently sparkling clean. Equally importantly, she has shown a lot of respect for keeping it authentic, the same place we all remember going as kids.