Hillcrest Amusement Park was located at 11335 South Joliet Road in Lemont, Illinois. A dark wooden sign marked the entrance to the park, easily missed if you`re not specifically looking for it. It sat on 60 secluded acres, so far back from view that most passersby didn't even know it existed.

About 60 acres of the old Stuyvesant Peabody estate in Lemont was purchased in the early 1950s by 42 year old Richard Barrie.(who owned Storybook Park, pre-Adventureland, in Bloomingdale/Addison 1958-1961) Peabody had made his fortune in coal. The acreage Barrie purchased included a small lake. 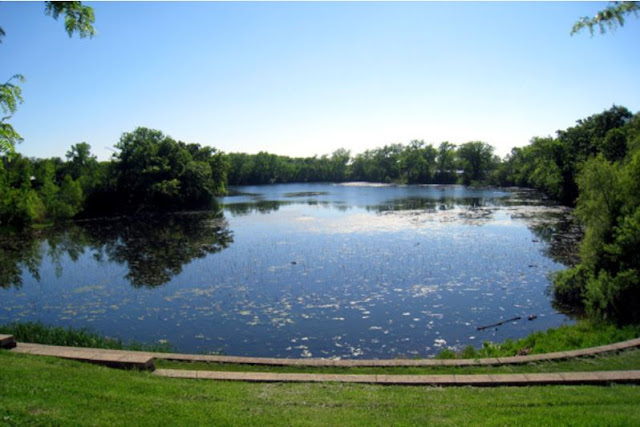 Starting in 1952, Hillcrest Park had been a full-service outdoor catering facility specializing in private picnics, primarily for corporations, promising a good time and non-stop food for all ages. Rain rarely cancels picnics because the park has an elaborate underground drainage system which helps eliminate standing water. There were plenty of shelters to avoid cancelling a picnic. 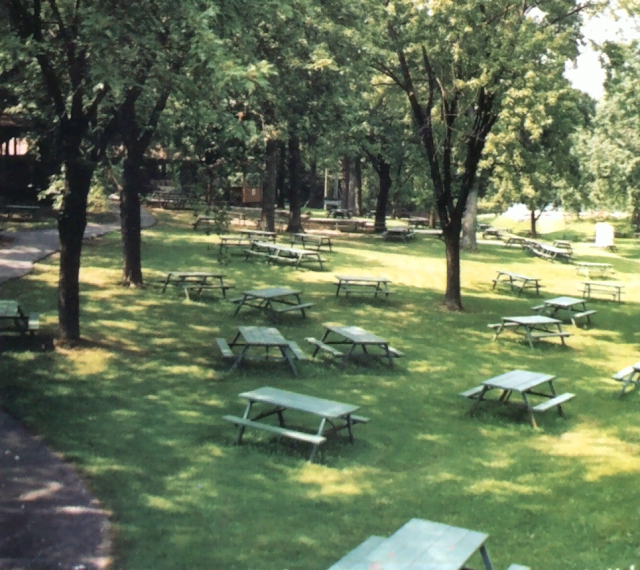 Owners Richard Barrie and Wayne Kurchina, also 42, then later his son, Rick keep the entrance intentionally understated to avoid uninvited guests. A winding, single-lane, paved road leads picnickers back to the grove, where parking lot attendants check invitations before indicating a spot to park. They immediately booked it full for their first season with either private or corporate parties. Rides included a Kiddie Whip, a Merry-Go-Round with 4 horses across instead of three (Note: near each of the Merry-Go-Round benches were two stationary horses about 1/4 scale of the regular horses for toddlers and little children), a Helicopter ride, and a Bumper Car ride with 16 cars. The park also had a miniature golf course, a shooting gallery, basketball and volleyball courts, softball diamonds, a swimming pool, a bingo pavilion, a dance pavilion and horseshoe courts. 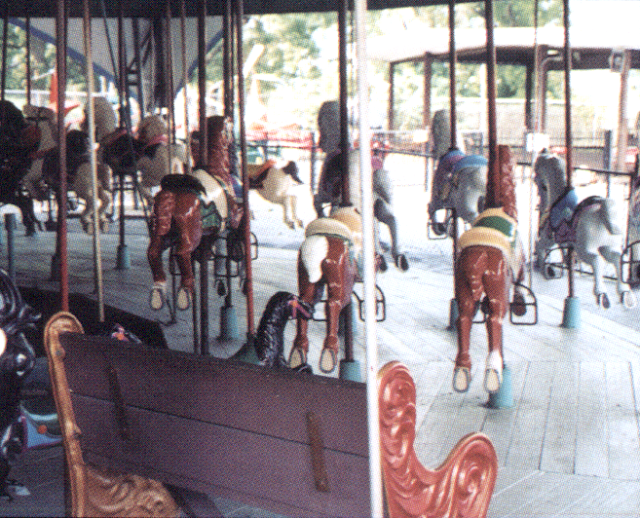 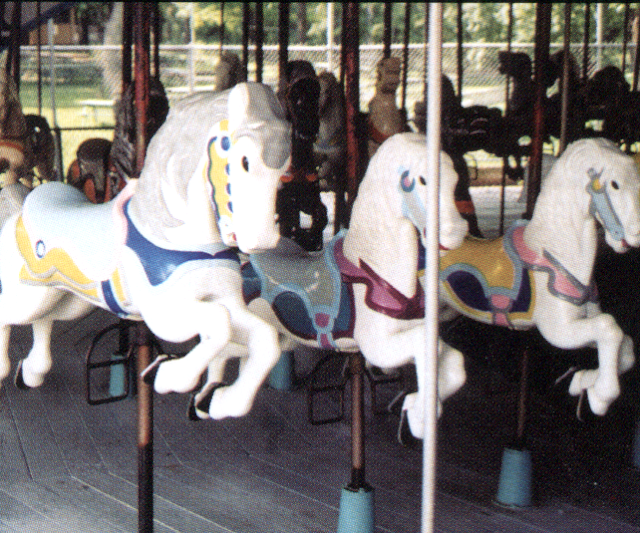 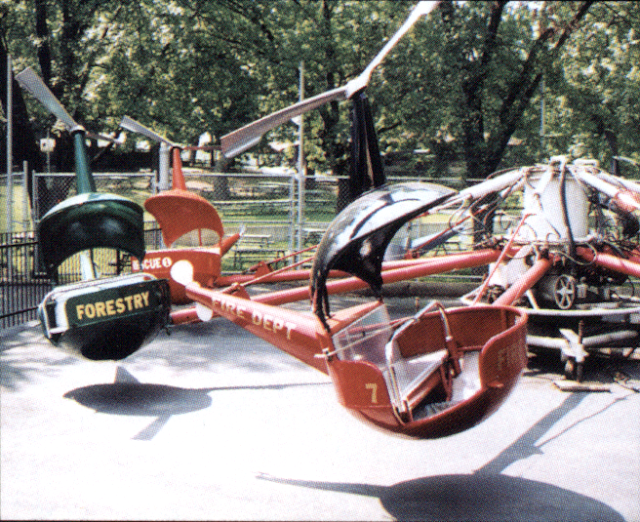 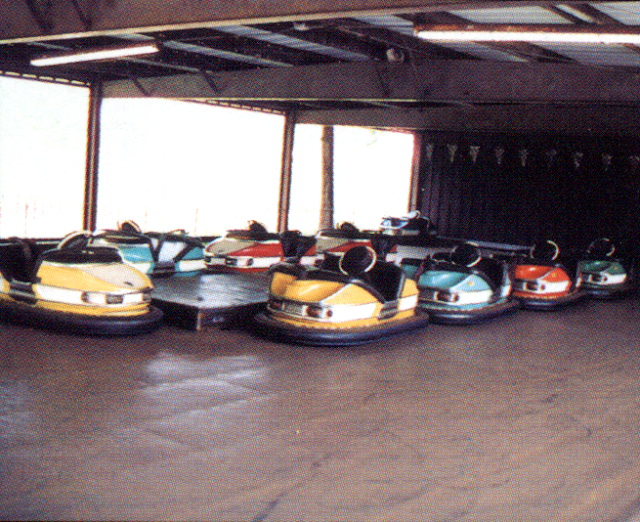 The authentic steam locomotive that beckoned eager picnic passengers was another ride from a bygone era. The steam engine required 300 to 400 pounds of coal for a full day of use. It took an hour to build up enough steam pressure in the boiler before it could pull the train. The train travels through the woods and around a lake. To keep the train ride lines short for large picnics, two trains were operated. The other train was a gasoline-powered locomotive. 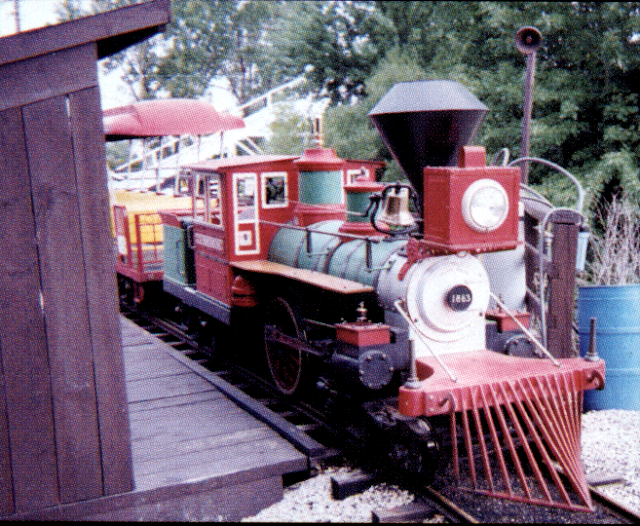 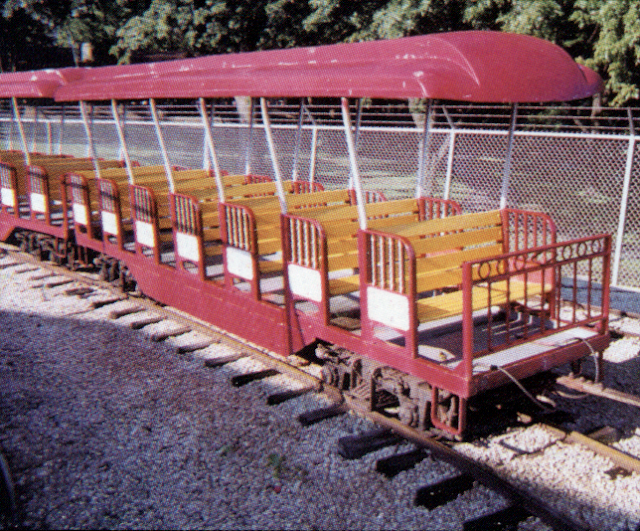 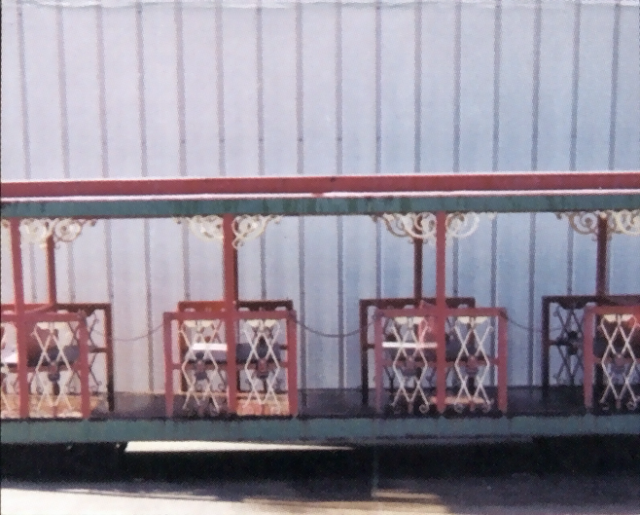 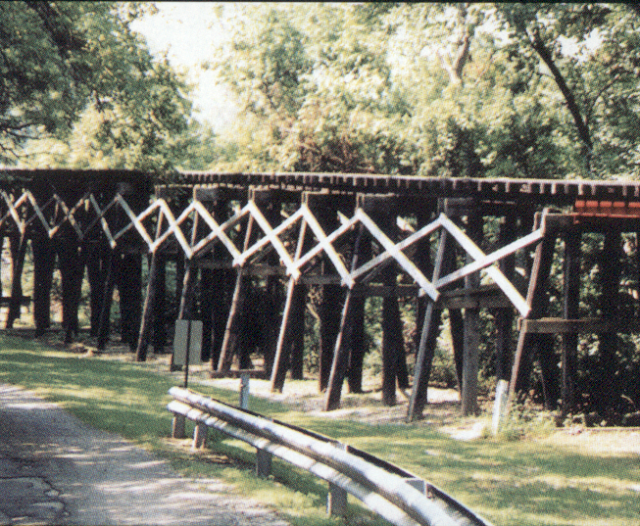 In 1967 the main attraction arrived at the park, the Little Dipper wooden roller coaster holding 16 riders. This jewel of a junior coaster was purchased when Kiddy Town at Harlem & Irving Park Road in Norridge, Illinois closed. The wooden roller coaster at Hillcrest Park was called a "Junior Bobs" and was manufactured by the Philadelphia Toboggan Company. The Little Dipper was so unusual that there was only one other in the U.S., its sister was at Kiddieland in Melrose Park. They had no idea how old it was when it was purchased for Hillcrest Park, but over the years they rebuilt it... twice. 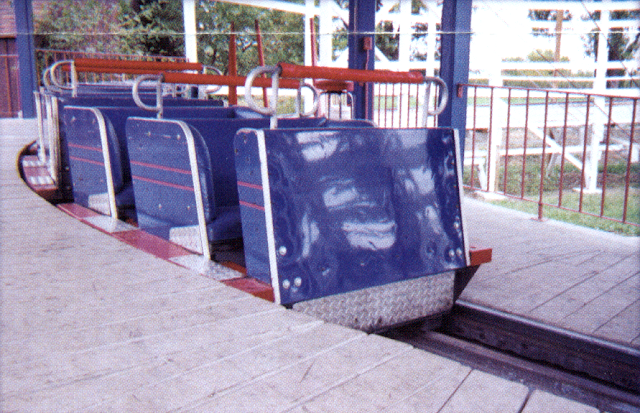 Hillcrest Park closed on September 1, 2003 after a decline in corporate picnics and an increase in the value of the land it sat upon.  After the closure the rides, roller coaster and park equipment were auctioned off and the land was sold to a developer.

The Little Dipper wooden coaster was bought and moved to a small amusement park in Wisconsin called Little Amerricka Amusement Park (formerly Little A-Merrick-A) in Marshall, Wisconsin (owned by a family named Merrick). The Little Amerricka Amusement Park is still open. The "Little Dipper" was renamed the "Meteor" and operational for the 2007 season.