One of my Dad's offices (he was an optometrist) was on the ground floor of the Tower building at North, Milwaukee, and Damen Avenues in the Wicker Park neighborhood of Chicago. 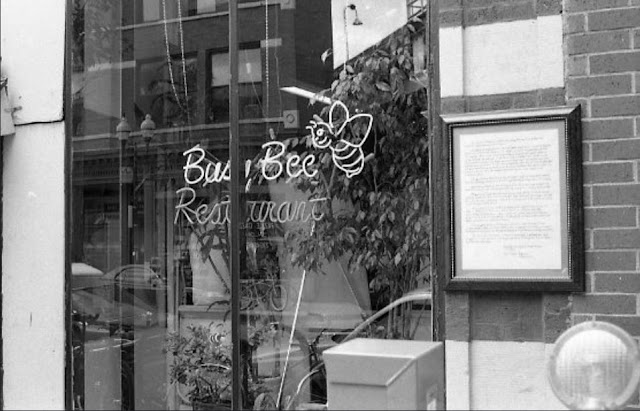 He knew the owner of the Busy Bee Restaurant, Sophia Madej, very well. She would stop by his office and give my Dad the homemade soup of the day (the beet borscht was to die for), a few dozen different kinds of Pierogi's, and sometimes some other Polish specialties Sophia made that day as a care package for my Mom. I loved the Busy Bee because Sophia treated me just like her own family, perhaps even better. 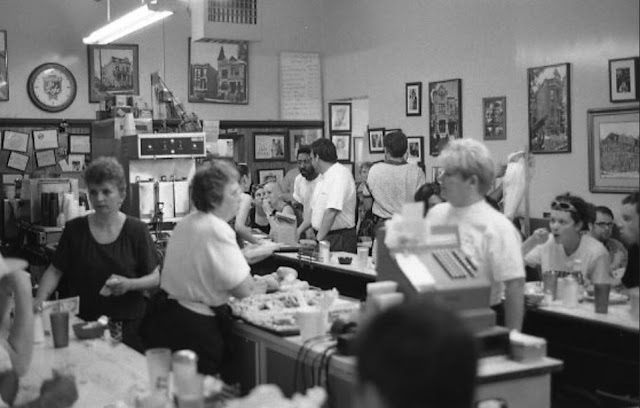 The restaurant had numerous visits by President Bill Clinton and First Lady Hillary Clinton, both Mayor Daley's, Senator Edward Kennedy, and lots of other local big-wig political figures. Walk-in and most likely there were some big sports stars eating there. With so many recognizable people eating at the restaurant, Officers Bill Jaconetti (right) and Al Kohl (left) stopped in many times a day (their beat) to check on Sophie and the Busy Bee restaurant. 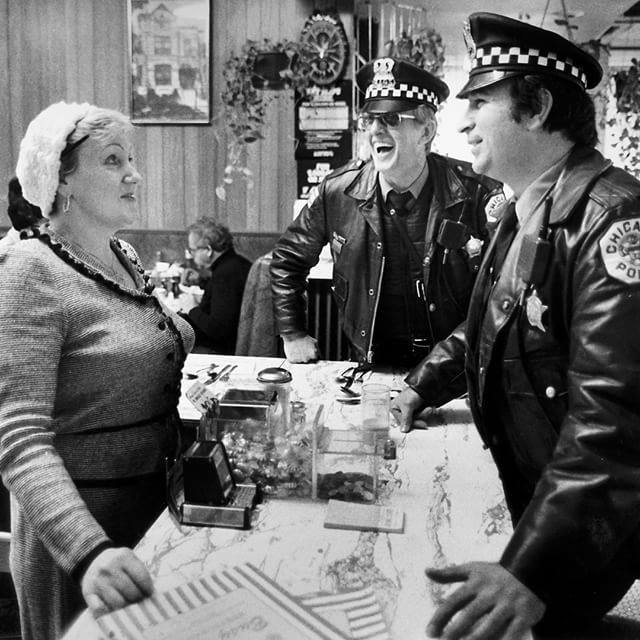 VIDEO
The Closing of the Busy Bee Restaurant.