Leavitt's had been selling liquor from the very moment Prohibition ended. A large cigar counter divided the deli and the restaurant. Sam Leavitt and his five brothers opened up after getting a loan from the owner of "Sinai Kosher Sausage Company." Terms of the loan included using only Sinai products.

"In 1933, Prohibition Law was repealed," Sol Leavitt (Sam Leavitt's son) wrote. "The long counter that was a soda fountain and all the grocery sections were remodeled into a long mahogany bar opposite the deli counter. Sol was 18 years old when Prohibition ended. "I remember the first night that beer was sold. The bar sold many barrels that night. Four hundred glasses of draught, ten ounces each, per barrel, retailing at 10¢ a glass. The deli counter was kept busy selling sandwiches for the drinkers. 10¢ for salami sandwiches and 15¢ for corn beef sandwiches. 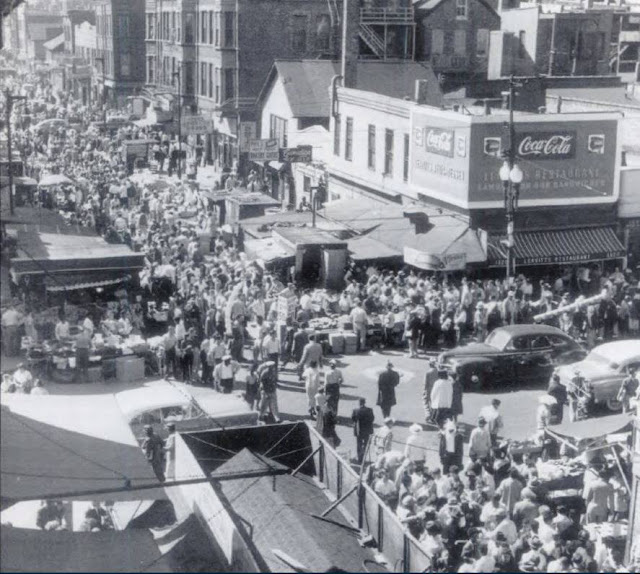 The bartender would take the order for the sandwiches and send them across to the deli counter by homemade wire trolley cars. Sandwiches were put on plates and onto the car, made to hold three at a time, and pushed across with one push. These trolley baskets were made by our expert deli man Max Karm, who had been trained in Russia in sheet metal work. New customers were amazed by the contraptions. Karm had several going across overhead." 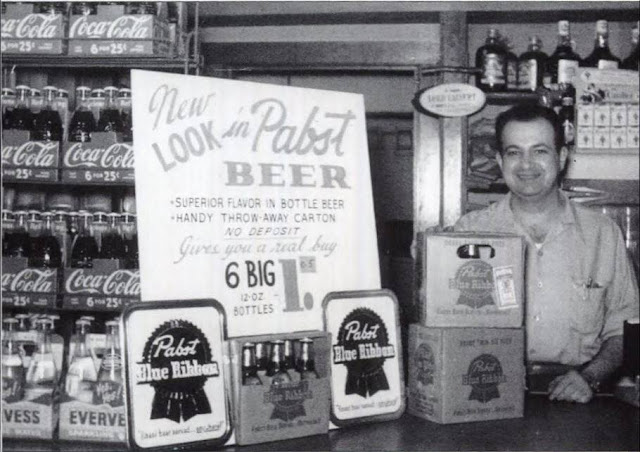 Sol's father, Sam, died in 1945. He was 59 years old. Sol and his brothers would eventually take over the business and carry on. Sol married Shirley in 1947, and the deli and restaurant remained a Maxwell Street landmark. The business remained on Maxwell street when a new owner, Jim Stefanovic, leased the property in 1973 and operated under the name, "Jim's Original" until the wrecking ball swung.
INDEX TO MY ILLINOIS AND CHICAGO FOOD & RESTAURANT ARTICLES.